Hard Rock demolition could start as early as next week, fire chief says

Implosion is no longer the way the partially-collapsed hotel comes down. 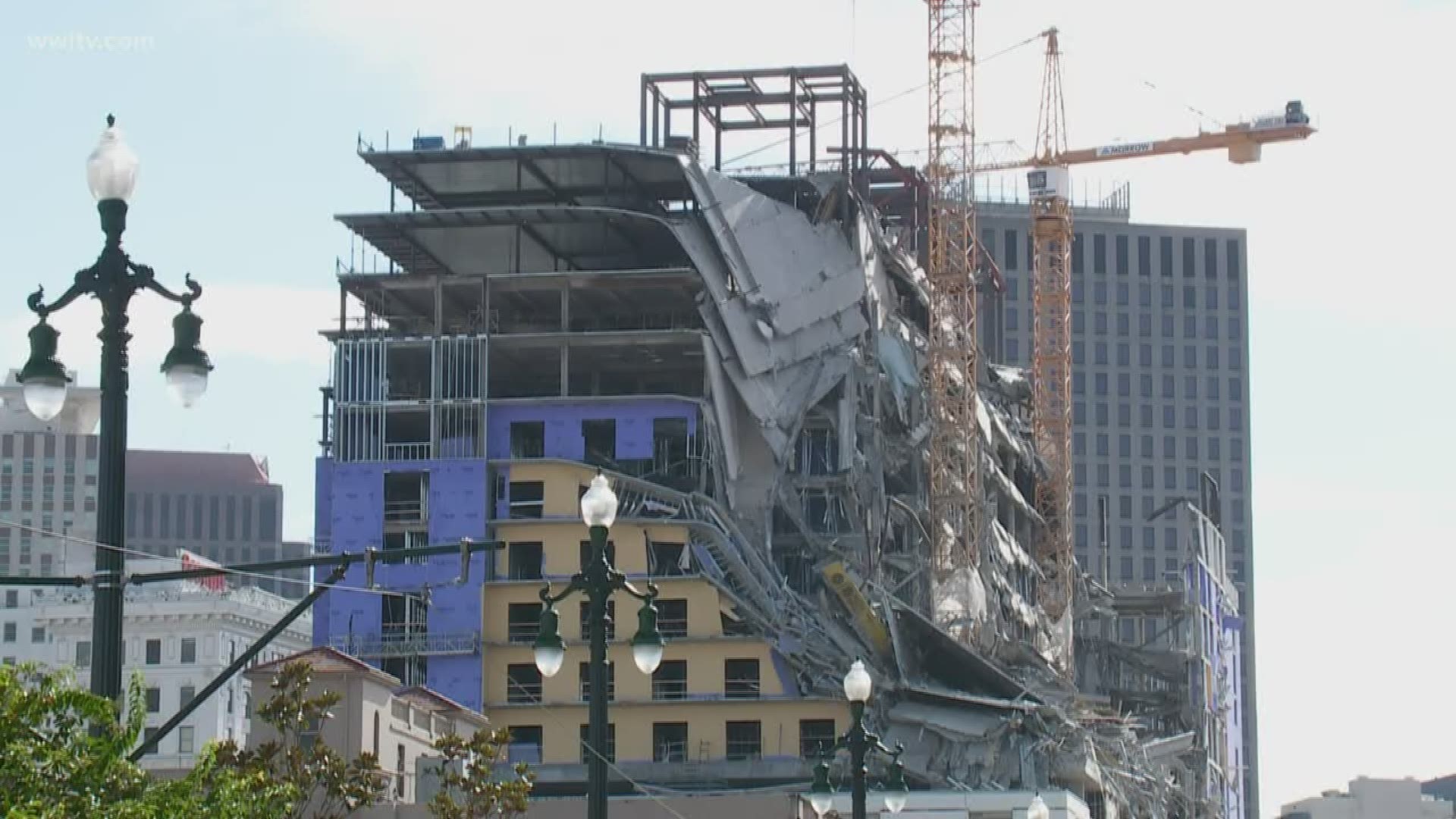 NEW ORLEANS — City leaders have a new demolition plan in hand for the Hard Rock Hotel, as well as a new timeline.

Fire Superintendent Tim McConnell said Tuesday that the previously planned implosion set for mid-January will no longer happen. Instead, a regular demolition could start as early as next week, McConnell said.

Advisors told Hard Rock's Hotel owners an implosion-type demolition would have a bigger debris field that could cause more damage to nearby buildings than a normal demolition, the owners said Tuesday. A normal demolition can happen sooner and make recovering the remains of two workers inside the building easier.

The Hard Rock partially collapsed Oct. 12, killing three workers. The cause of the collapse remains under investigation.

Mayor LaToya Cantrell has said she wants the entire building torn down. She signed an emergency declaration after the collapse that gives the city the authority to order a demolition.

The Cantrell administration has said 1031 Canal Development, the Hard Rock’s owner, will pay for any demolition but that the city will have the final say in what does or does not happen.

An implosion was set for sometime in mid-January. Clean-up was expected to take about three months.

McConnell on Monday said he was aware that the owners were looking at other options. He added that the change in plans could be because the area that would be affected by an implosion is large.

McConnell said the location of the Hard Rock makes an implosion more difficult. “Remember, we are talking about the historic French Quarter.”

The city has hired engineers who will review any demolition plan.

“Our experts are there to vet the plan and tell us whether it is a good plan or not and to assist us in making that decision,” McConnell said.

RELATED: How to get around New Orleans, Hard Rock Hotel collapse during Bayou Classic