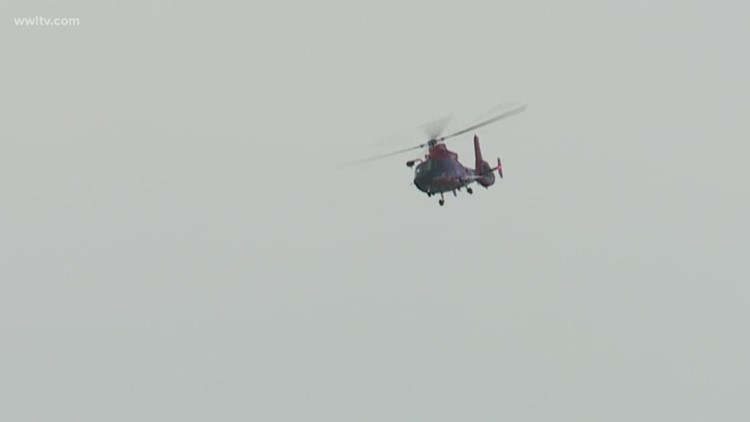 NEW ORLEANS — The Coast Guard is searching for two boaters who may be in Lake Pontchartrain.

According to the Coast Guard, a towing vessel's crew spotted an overturned 10-foot camouflage flat boat in Lake Pontchartrain about one nautical mile east of the Causeway.

The person who spotted the overturned boat said they had seen the same vessel the day before, at the same location, with two people aboard.

The Coast Guard has a rescue boat in the water and a helicopter in the air. The Jefferson Parish Sheriff's Office is assisting in the search.