Times are tough right now. That’s why she thinks so many more people were willing to give. 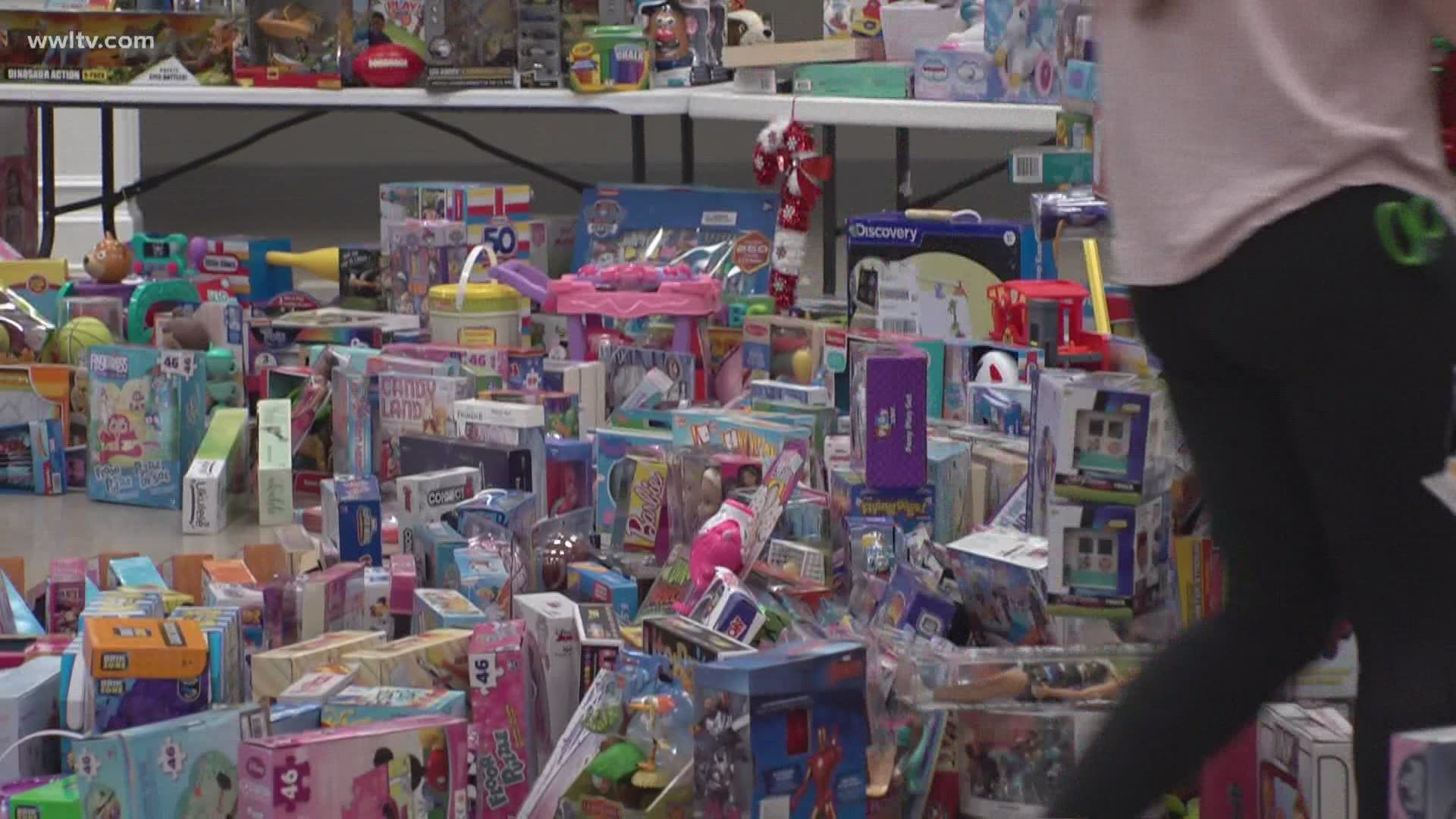 But his mission is giving to all the good girls and boys, and so is Amber Dillenkoffer’s

The 17-year-old Destrehan High School senior is no stranger to toy giveaways.

It’s her sixth year hosting one -- but the first year doing it solo. She had modest plans.

That didn’t happen -- much to Amber’s pleasant surprise.

Times are tough right now. That’s why she thinks so many more people were willing to give.

“I really thought it was going to be the opposite. I guess this year just brought everyone closer together, made everyone more grateful for what they had,” she said.

Amber is happy to talk about the toy giveaway and giving to others. What she won’t tell you is she recently lost something -- her first after-school job. She isn’t letting that get her down. She’s got things to do.

Her mom and dad couldn’t be any prouder that she took upon this workload on her own after other giveaways were canceled.

“It’s a lot of work, but she really enjoys it, and she’s just got such a big heart, you know?” Daren Dillenkoffer, her dad said.

It’ll be a late night tonight and an early day tomorrow leading up to the big giveaway.

“It’s worth just one smile,” she said.

The toy drive will happen Saturday starting at 9 a.m. at the Jerusalem Shrine Center in Destrehan, 1940 Ormond Blvd.

It will continue until all the toys are given away.