“I think as the bar industry reckons with the problems it has dealt with in the past, we bring visibility to an issue that was ignored in our industry for a long time,” Rosenbloom said. 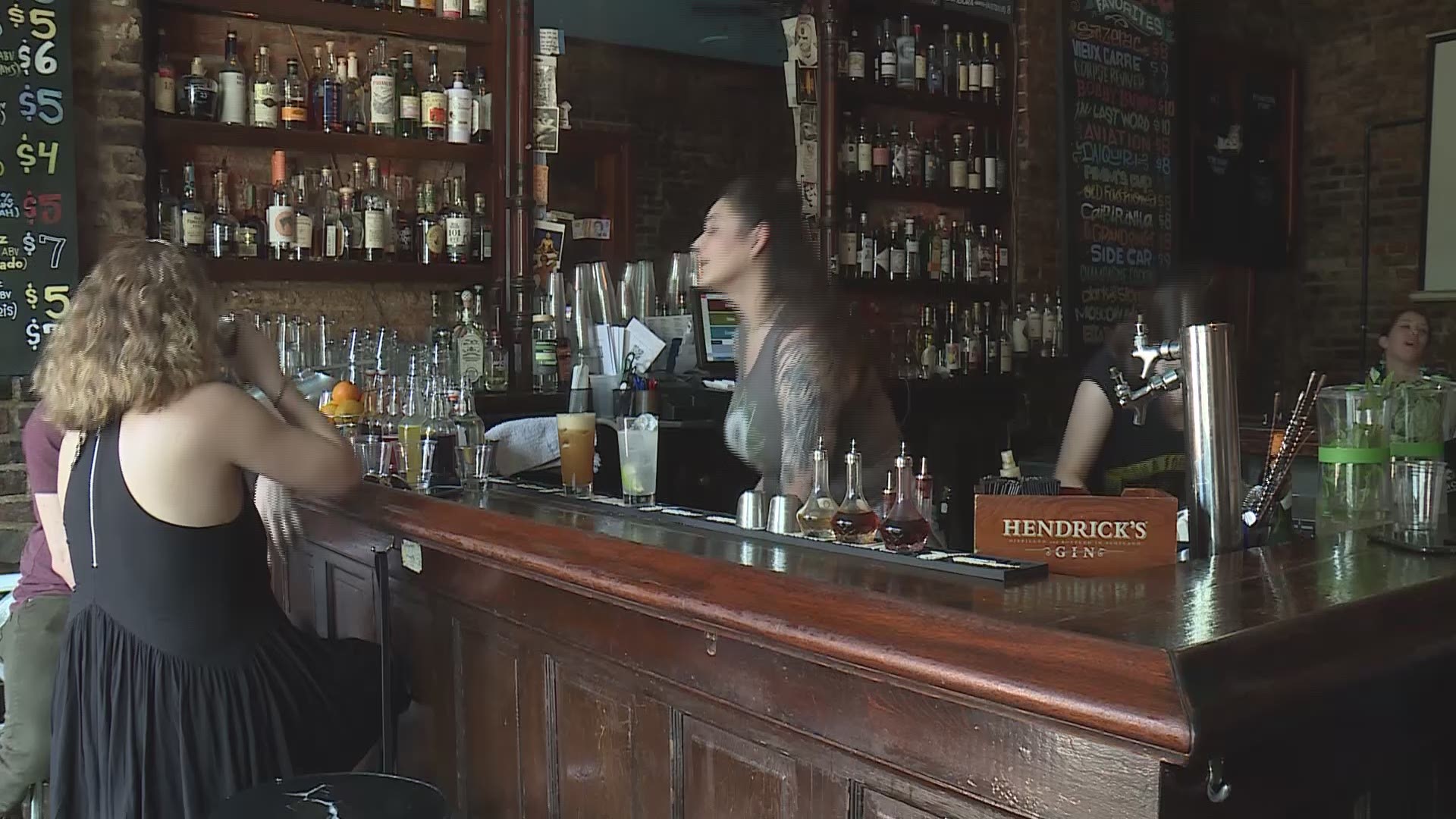 Rosenbloom said she loves the people who come into her bar and the conversations they have. On Sunday, she’s hoping some of those chats go towards a worthy cause.

Bar Tonique is one of several area bars participating in “Tip Out Day,” a local event during April, Sexual Assault Awareness Month, started three years ago that now involves more than 30 cities.

On Sunday, service industry professionals are asked to contribute their tips to a local sexual violence prevention organization, something Rosenbloom said she's happy to be a part of.

“I think as the bar industry reckons with the problems it has dealt with in the past, we bring visibility to an issue that was ignored in our industry for a long time,” Rosenbloom said.

Tip Out Day was created by Molly Bird and Mark Schettler in 2017 and is organized by Shift Change, a New Orleans-based organization that engages in sexual violence awareness, response, intervention and prevention for bar, restaurant, and nightlife professionals.

“We want to take the path of least resistance: Cash in one hand, and back into the community with the other. No waiting for someone else to write the check,” said Schettler, the Executive Director of Shift Change.

Tip Out Day is  one of dozens of events in New Orleans this month aimed at raising funds and awareness to prevent sexual violence, which, in the U.S., will happen to one in three women and one in six men in their lifetimes.

“This month is about getting the word out,” Amy Jackson said.

Jackson is the Regional Director for Greater New Orleans of Sexual Trauma Awareness and Response, or STAR. Jackson said she knows how important events like Tip Out Day can be for sexual assault survivors.

“Last year, we went to the hospital 287 times to assist survivors with their medical exam. We know that most cases aren’t reported to the police or the hospital. So, that’s just a fraction of how many actually occurred,” Jackson said.

Similar events to Tip Out Day, like workshops for sexual assault survivors and group discussions on coping with sexual trauma, are happening locally and nationally throughout the month, Jackson said.

“Many of them have had negative experiences the first time they’ve tried to tell someone. So that’s why we try to stress to people to please believe people when they tell you they’ve been sexually assaulted,” Jackson said.

Back at Bar Tonique, Rosenbloom said sexual violence affects everyone, which is an important fact to bring awareness to.

“It affects non-binary people. It does affect men as well, and people are scared to talk about it. A lot of times because it means they’re disclosing violence surrounding LGBTQ issues. And that can become problematic in and of itself. So advocating for awareness as a whole makes a difference. Normalizing those conversations makes a difference,” Rosenbloom said.

This year, organizers expect to double those figures.

On Sunday night, there will be a drag and burlesque show at Bar Tonique, in which all performers are donating 100 percent of their tops to various local charities.

RELATED: Pediatrician gets at least 79 years in prison for sexually assaulting patients

On Rampart Street alone, spots like Jewel of the South, Black Penny, Voodoo Lounge, Red Truck Pizza, Bar Tonique and Meauxbar are all participating in Tip Out Day as well.

The New Orleans Family Justice Center is leading their own bar crawl across a number of venues around town, their third consecutive Tip Out Day doing so.

Other events around New Orleans for Sexual Assault Awareness Month include a balloon release on April 12, MeToo event at 12 Mile Limit bar on April 16 and a 'tutu event' on April 24.

If you’d like to find out more about Tip Out Day, go to www.tipoutday.com