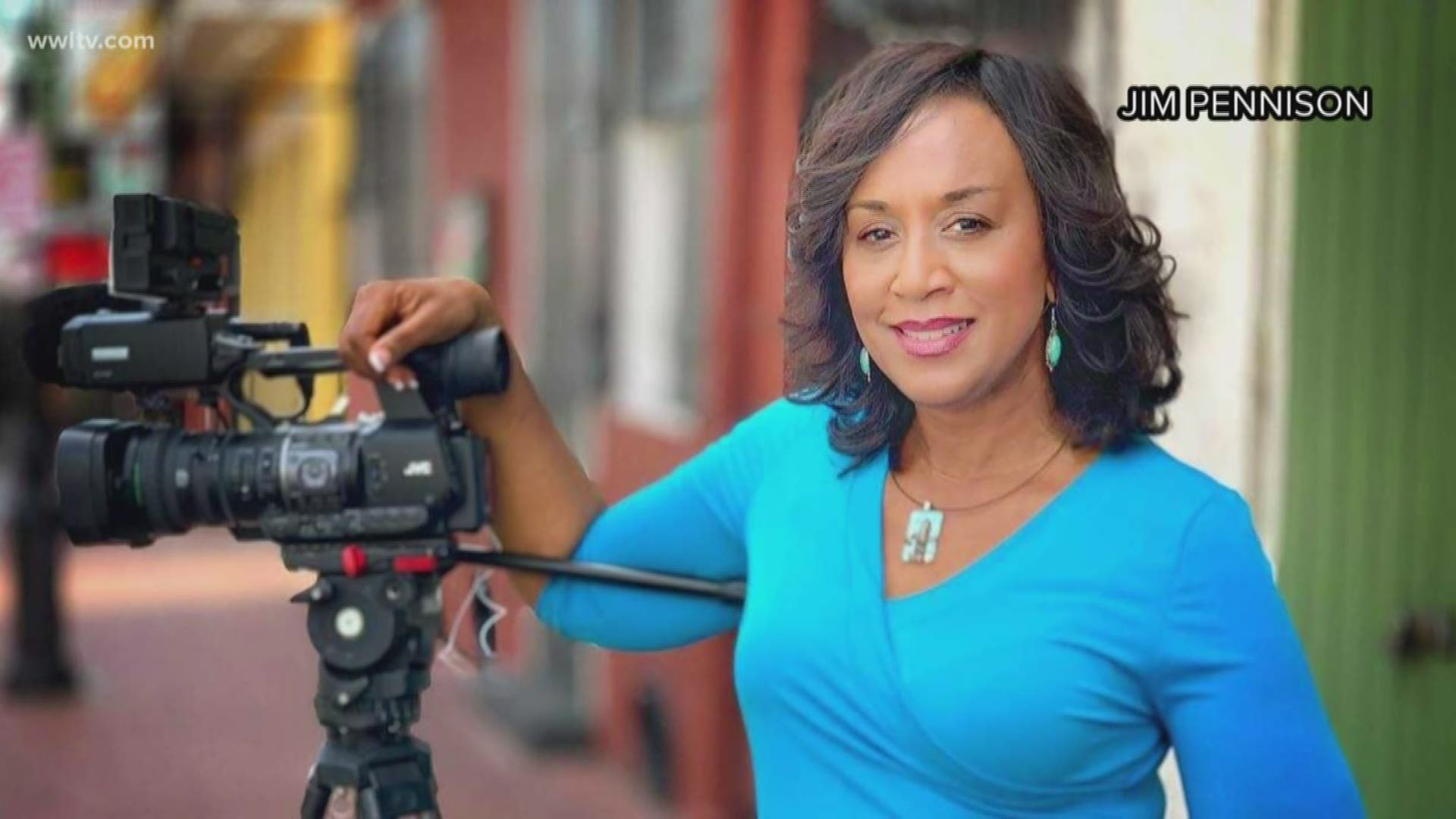 NEW ORLEANS — The community that journalist Nancy Parker served for more than 20 years took to social media Friday evening to try and express just how much her passionate reporting meant to New Orleans and Southeast Louisiana.

Parker was one of two victims who died Friday afternoon in a plane crash near the New Orleans Lakefront Airport. She was on a special assignment to highlight the works of pilot and activist Franklin Augustus, who also died in the crash around 3:20 p.m.

Countless people, from colleagues and friends to Mayor LaToya Cantrell and Governor John Bel Edwards paid their respects to Parker.

Louisiana Governor John Bel Edwards also extended his condolences, praising her career and asking for prayers for her family.

The Jefferson Parish Sheriff's Office, of which Parker's husband is a public information officer, released the following statement Friday night:

"Sheriff Lopinto and the men and women of the Jefferson Parish Sheriff’s Office mourn the passing of Nancy Parker, wife of Public Information Officer Glen Boyd.  Nancy was known to all in the Greater New Orleans area as a trusted voice, and she will be missed.  Our deepest sympathies and condolences go out to the entire Parker and Boyd families, Nancy’s co-workers at WVUE, and everyone in the local media and public whose lives she touched."

The New Orleans Police Department called Parker a true lover of New Orleans who was truly loved back.

“On behalf of my late husband Tom, to the family of WVUE-FOX 8, we offer our deepest sympathy to the tragic loss of Nancy Parker. Nancy was an outstanding, Emmy Award winning news anchor, who fostered great trust with both those who she covered and with her viewers in the New Orleans area. Not only was she a leader in local television, she was a devoted wife to her husband Glynn and mother to their three beautiful children; Parker, Piper, and Pierce. She was a dear friend and a frequent guest at local philanthropic lunches and at our family farm in Kentucky. She will be sadly missed. My thoughts and prayers go out to Nancy’s family.”

New Orleans Councilwoman and former local broadcaster Helena Moreno said she was sending her deepest condolences to the Parker and FOX 8 family.

"Nancy was a part of the FOX 8 family for the last 23 years, she put her heart and soul into her work, covering thousands of stories and touching countless lives. She made a difference in the lives of those she reported on.  She will be sorely missed, and her absence creates a void that cannot be filled."

“Nancy was absolutely a joy to work with each and every day”, said FOX 8 Vice President and General Manager Tim Ingram.  “Today we lost a wonderful journalist and remarkable friend, the New Orleans television community lost a true treasure, but beyond that, her family lost a wife, a mother and daughter.  Our thoughts and prayers are with them.”

"Our heartfelt and sincere condolences go out to the family of Nancy Parker and the members of her FOX 8 family. Many of us have known Nancy as a professional but even more importantly as the loving mother, friend and inspiration she was to us all," Smith said.

Then, of course, there were prayers and messages of love from Parker's colleagues in the news business -- former, current, and competitors included.

Former WDSU anchor Scott Walker called Parker "one of the best New Orleans has ever seen."