“Dancing in the Streets” opens tomorrow at the Historic New Orleans collection at 520 Royal street in the French Quarter. The exhibit runs until June 13. 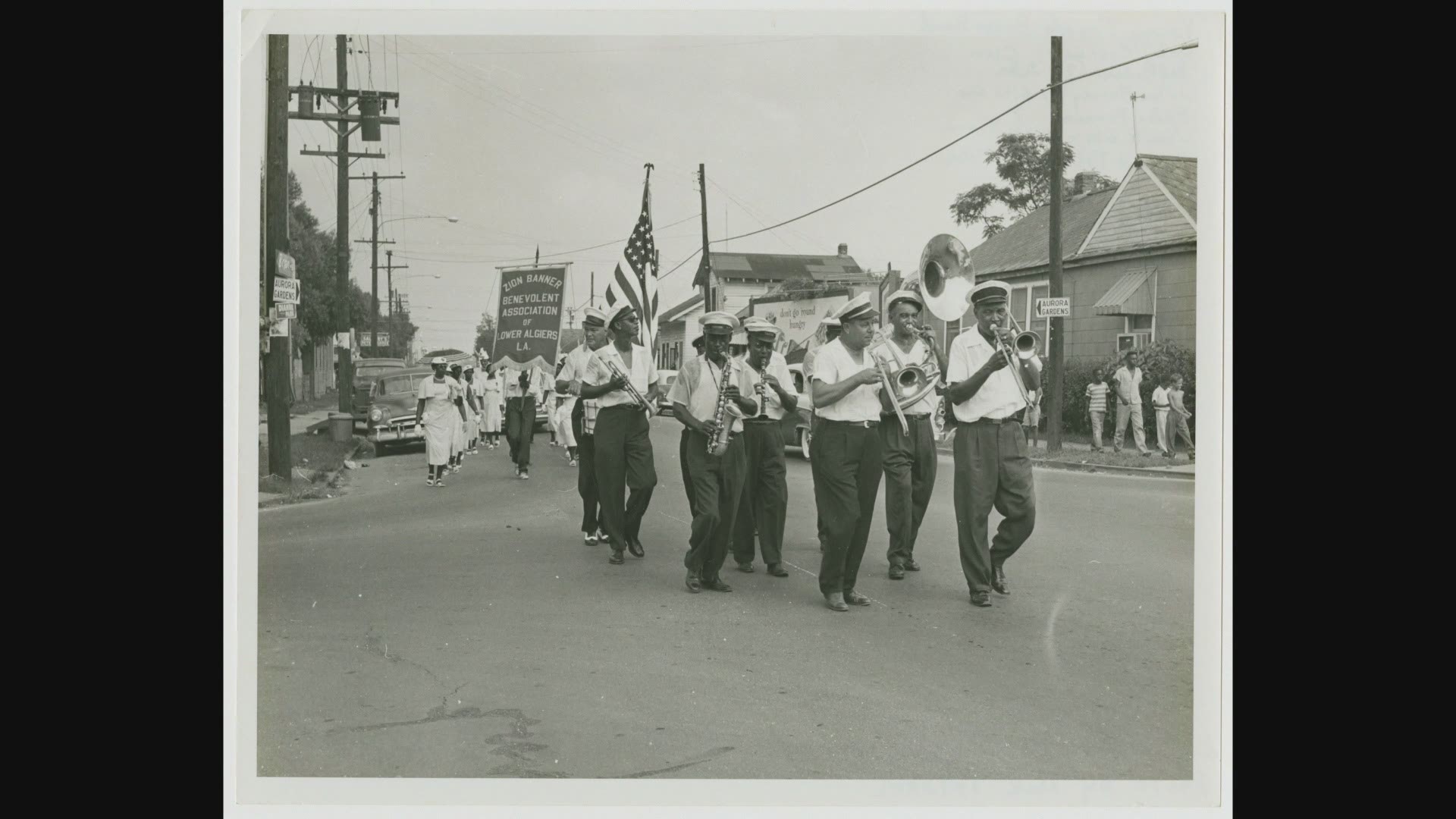 NEW ORLEANS — A new exhibit that opened Thursday is highlighting one of the most unique aspects of New Orleans Culture: social aid and pleasure clubs.

Parades and second lines are often what we associate with such clubs, but the Historic New Orleans Collection is aiming to place these black organizations in a cultural frame.

“During the 19th century, they did a lot of community-based work, social services. They provided social services like health care, end of life care, funerals and burials,” said curator Eric Seiferth.

Through a network of photographers and material from the various clubs, “Dancing in the Streets” is an exhibit dedicated to something that is uniquely New Orleans. and more specifically, unique to its Black people.

In an audio tour of the exhibit, a member of the Sudan Social Aid and Pleasure Club explains the significance of parading after a long week of work.

“Eight hours a day working to have that one little day, to where it’s those four hours where I can hear some nice music and express myself through dancing, it means a lot,” Bernard Robertson said.

That audio is part of the exhibit’s telling of the rich history of black mutual aid societies. Founded in the 19th century, Seiferth the clubs supported African Americans and Afro-Creoles. Even during times of struggle, they paraded. A photo from the late 1950’s captures the Zion Banner Benevolent Association of Lower Algiers during its Labor Day parade. Another showed a massive parade the first anniversary of Hurricane Katrina.

In one part of the exhibit, photos take you behind the scenes, before the parade. As you progress through the images, it captures the energy as the parades as hit the streets. The exhibit is dedicated to Sylvester Francis and Ronald Lewis. They died within months of each other last year.

Francis founded the Backstreet Cultural Museum and documented so many celebrations. His cameras are now a display in the exhibit. Lewis founded the House of Dance and Feathers. His pink streamer from the Big Nine’s 13th-anniversary parade is featured in the exhibit as well.

Before COVID, following the music in New Orleans often led you to a street party. When you follow the path of this new exhibit, it’ll lead you to the purpose behind them.

“Dancing in the Streets” can be viewed at the Historic New Orleans collection at 520 Royal street in the French Quarter. The exhibit runs until June 13.