LSU's Lighthouse counseling program received 91 requests for support last year, up from 53 in 2016. During the September showdown between Kavanaugh and a woman who accused him of having assaulted her when they were teenagers, requests by LSU students for counseling increased to two a day. 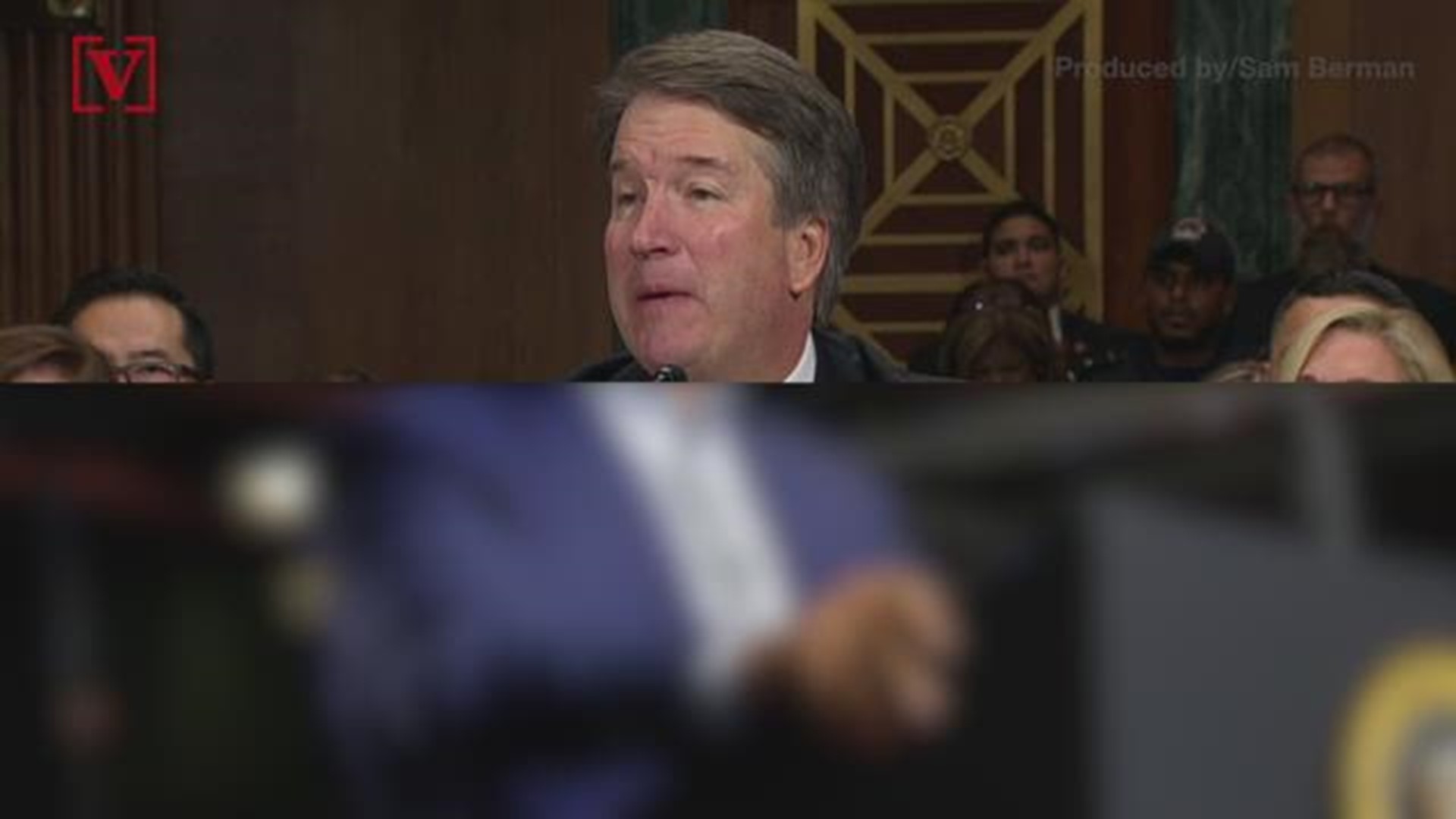 Following the #MeToo movement and the hearings on Supreme Court Justice Brett Kavanaugh, more women are coming forward on Louisiana college campuses with complaints of sexual assault and relationship violence.

LSU’s Lighthouse counseling program received 91 requests for support last year, up from 53 in 2016. During the September showdown between Kavanaugh and a woman who accused him of having assaulted her when they were teenagers, requests by LSU students for counseling increased to two a day.

Since assault allegations against Hollywood producer Harvey Weinstein and other powerful men set off the #MeToo movement late last year, the Louisiana Foundation Against Sexual Assault (LaFASA) also has seen a spike in reports.

“When the #MeToo initially came out, a lot of our accredited sexual assault centers throughout Louisiana did see a surge in hotline calls,” Josef Canaria, LaFASA’s campus sexual violence coordinator, said. “Statewide, our rape crisis centers phone lines were off the hook.”

LaFASA is a nonprofit organization that counsels sexual assault survivors and works with colleges to create safer environments. Susan Bareis, the Lighthouse Program coordinator and an assistant director of health and wellness at LSU, also tries to make it easier for victims to seek help.

“There is an important conversation going on in our society,” Bareis said. “It’s still a topic that is not talked about enough, but it’s starting to become a little more uncovered. People are feeling supported.”

Sarah, an LSU student who was assaulted by an Uber driver when she was 18 and who asked that her last name not be used, feared that the political tensions over the Kavanaugh hearing would deter victims from reporting.

“This is something that really divided our country,” she said. “It’s such an empowering and beautiful thing to hear that this is actually helping women come forward.”

Surveys have indicated for years that sexual assault is a significant problem on college campuses and is often underreported.

A national poll conducted by the Washington Post and the Kaiser Family Foundation in 2015 found that 20 percent of women who had attended college over the previous four years said they had been sexually assaulted. In a survey released in February, 41 percent of female students atTulane University said they had experienced unwanted sexual contact ranging from fondling to attempted rape or rape.

Still, the Rape, Abuse and Incest National Network reports that nearly 70 percent of sexual assault victims do not inform authorities. A study published in a journal at Ohio State University found that most victims do not report attacks out of fear of being judged harshly or of damaging a personal relationship with the assailant.

Like many victims, Sarah found it difficult to discuss the details of her assault with her family and friends, much less with local police or campus officials. Sarah, now in her third year at LSU, was assaulted during her freshman year. She said the process was so intense and traumatizing that she eventually dropped the charges.

“Honestly, the aftermath was worse than the actual sexual assault,” Sarah said.

Sarah was coming home from a bar when the Uber driver started touching her. She asked him to stop, but he instead put his hand down her pants, kept making advances and verbally assaulted her. When the car came to a stop near her dormitory, Sarah jumped out. She immediately called campus police, who then called the Baton Rouge police.

Sarah said that while Baton Rouge police officers tried to make her feel as comfortable as possible, she felt uneasy retelling her story to university officials.

Sarah recalls a moment when she was asked to re-explain the attack in detail in front of a group of officials with her father present. “Know how when you’re watching a movie with your dad and a sex scene comes on and it’s the most awkward thing ever?” she said. “Yeah, so imagine that, but a billion times worse.”

“People always say, ‘Oh, why did it take her X amount of years to come forward?’ And you just don’t get it until it happens to you,” Sarah said. “I know I didn’t do anything wrong, but it still made me feel dirty just talking about it.”

While assaults on students by non-students usually involve investigations by local police, many women rely on their universities to adjudicate allegations of student-on-student sexual assaults.

Women across the country have complained for years that the process was too cumbersome and often failed to lead to sufficient punishment against their attackers.

To make it easier for female students, the Obama administration mandated that college campuses change their standard in judging the cases from “clear and convincing” evidence to just “a preponderance of evidence.”

However, President Donald Trump has proposed giving colleges the option of using either standard. That would allow them to go back to the clear and convincing standard and provide more protection for men who are accused.

President Trump’s education secretary, Betsy DeVos, said last month that she wants to balance the rights of the accused and the accusers and “do what’s right and just and fair for all students.”

Additionally, universities would no longer be liable for incidents involving two students that took place in off-campus bars or fraternity houses or incidents that were not reported to a designated school official.

LSU’s Bareis and officials at Southeastern Louisiana University and Northwestern State University in Natchitoches said they changed their policies under the Obama Administration and do not want to change them again.

According to an article on The Atlantic magazine website, Erin Buzuvis, a law professor at Western New England University in Springfield, Massachusetts, believes that colleges will begin to embrace more of Trump’s policies over time.

“Now a university could, without fear of liability from the courts or the government, drastically decrease its overall attention to sexual misconduct,” Buzuvis said.

In the meantime, Sarah, the LSU student, urges victims to stay stronger than she could.

“Don’t be discouraged,” she said. “Keep fighting. Keep fighting your assailant to get justice and keep fighting the system. Because, honestly, the system is failing us right now.”