In one interactive exhibit, visitors can also learn about their own personal history. 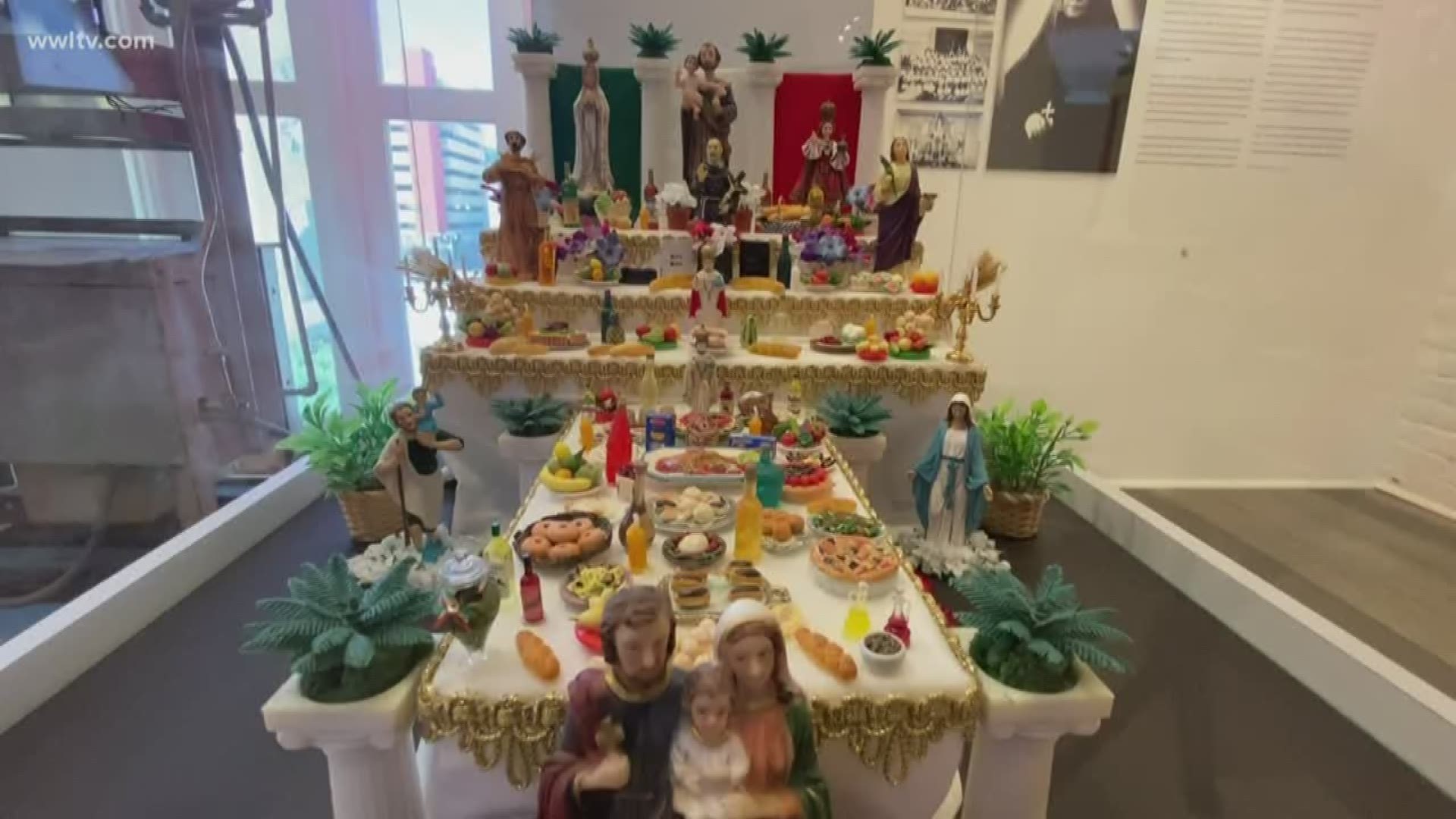 NEW ORLEANS — New Orleans has its French Quarter, the Irish Channel and food and music that mix cultures from all over the world. Frank Maselli wants to make sure the Italian contributions to the city are also celebrated.

Maselli is chairman of the American Italian Cultural Center and if you haven't heard of it or its museum on South Peters St., he’s ready to change that.

“Our mission is to honor and celebrate the American-Italian culture, past present and future,” Maselli said.

Step into the newly-renovated museum, which connects to the Piazza d’Italia, and you'll learn that Italians and Italian-Americans have contributed to life in New Orleans for more than 300 years.

“Italians have actually been a part of New Orleans since the very beginning,” said Enrico Villamaino, the museum’s historian. “If you go back to the early explorations, you had individuals like Enrico de Tonti, who was here with de la Salle and Iberville.”

“They were part of New Orleans even before Italy was its own country. Going forward there was a mass influx of Italians into New Orleans between 1880 and the close of the first World War and they basically became the French Quarter. From the 1900s through the 1910s, the French Quarter was known as Little Palermo.”

When you talk about Italians, of course, you talk about food and that's covered here: from the St. Joseph's Altar traditions to fruit and vegetable peddlers and even the Roman Candy man.

But this is also a place to learn about local Italian-Americans' success in sports, music, politics and even their service in World War II. There is a display honoring Mother Frances Xavier Cabrini, the Italian-American nun who lived and worked in New Orleans and became the first U.S. citizen canonized a Catholic saint.

In one interactive exhibit, visitors can also learn about their own personal history.

“People of Sicilian descent can come in and put their name, they can go to the letter that their name starts with and then they'll look down and touch the name and it'll tell them generally where people with that name came from in Sicily,” Maselli said.

While the museum has been renovated and expanded, its roots go back more than 35 years. It was founded by Maselli's father Joseph and a core group of supporters.

“My father had a passion for it and I think i just inherited his passion. I think it's a worthwhile thing to keep this going. For the last 100 years the Italians have been a significant part of New Orleans culture.”

“We'd like visitors to understand the profound effect that the Italian-American immigrants had on the city of New Orleans,” Villamaino said. “In a large way, French and Spanish culture are more readily seen in the architecture here. I think people are surprised to find out how much of an impact Italians had on the culture of New Orleans.”

The American Italian Cultural Center and Museum at 537 S. Peters Street is open Tuesdays through Saturdays from 10 a.m. until 4 p.m. Admission is $10 per person, $7 for seniors and students. Guided tours are available each day at 11 a.m. and 1 p.m. for $20 per person, $10 for students and seniors.