After doing some digging, Benjamin Watson got in touch with church leaders and called all three pastors individually, expressing his love, his support and willingness to give. 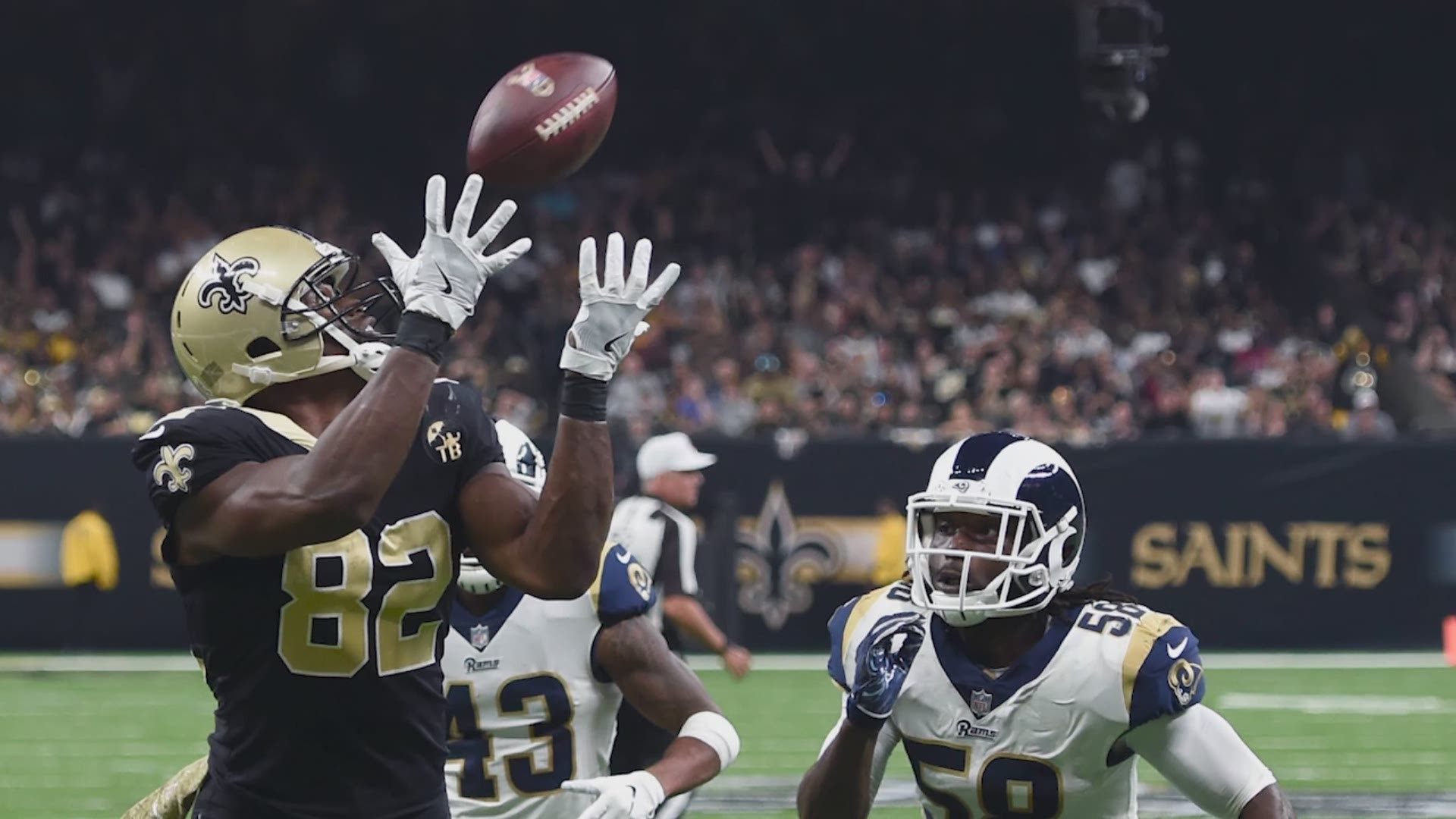 He was known for his consistency on the field, making big plays with the New Orleans Saints. Off the field, Benjamin Watson is a father and a generous person. That sincerity showed this weekend when he reached out to three Louisiana pastors in need.

“It's what I would want someone to do for me,” Watson said.

Watson was heartbroken when he heard about three historically black churches in St. Landry Parish set on fire in a 10-day span.

"I was upset about it, like a lot of people and it just, it hits you in a very deep place as an American; especially as an black American, and especially as a Christian,” Watson said.

After doing some digging, Watson got in touch with church leaders and called all three pastors individually, expressing his love, his support and willingness to give.

“We are making a financial contribution to them. We wanted to support them in the rebuilding process. And also, I just wanted to let other people know about the GoFundMe page they had already set up and just get the word out about that."

"Benjamin Watson... that made my day,” pastor Gerald Toussaint said.

Toussaint is with Mt. Pleasant Baptist Church, one of the places of worship destroyed in the fires. He is a die-hard Saints fan, so you can only imagine his shock when he picked up the phone.

“He called me last night and when he mentioned his name... oh man, the tears rolled down my eyes, cause I never expected that. I'm just a nobody ya'll. I ain't nobody. But for him to call me, that meant a whole lot to me!" Toussaint said.

This week investigators arrested 21-year-old Holden Matthews for the crimes.

Through heartache and stress, Toussaint has been trying to keep his head above water. He said Watson’s call meant the world.

"I appear to be strong, but in my silent moments sometimes, you have to go into your secret closet. When he called, it encouraged me so much that it just lifted my spirit. He lit a light in me that now, I'm ready to go and move on. Let's do this,” Toussaint said.

It’s through prayers, encouragement and love from Watson and countless others that keeps Toussaint going, he said; letting him know: There’s a brighter day ahead.

To visit the GoFundMe page for churches, click here