What does it mean to be a New Orleans Saints fan?

Even though there is no research data, a psychiatrist agrees: There is a unique strong bond in the city with the 'Bless You Boys.' 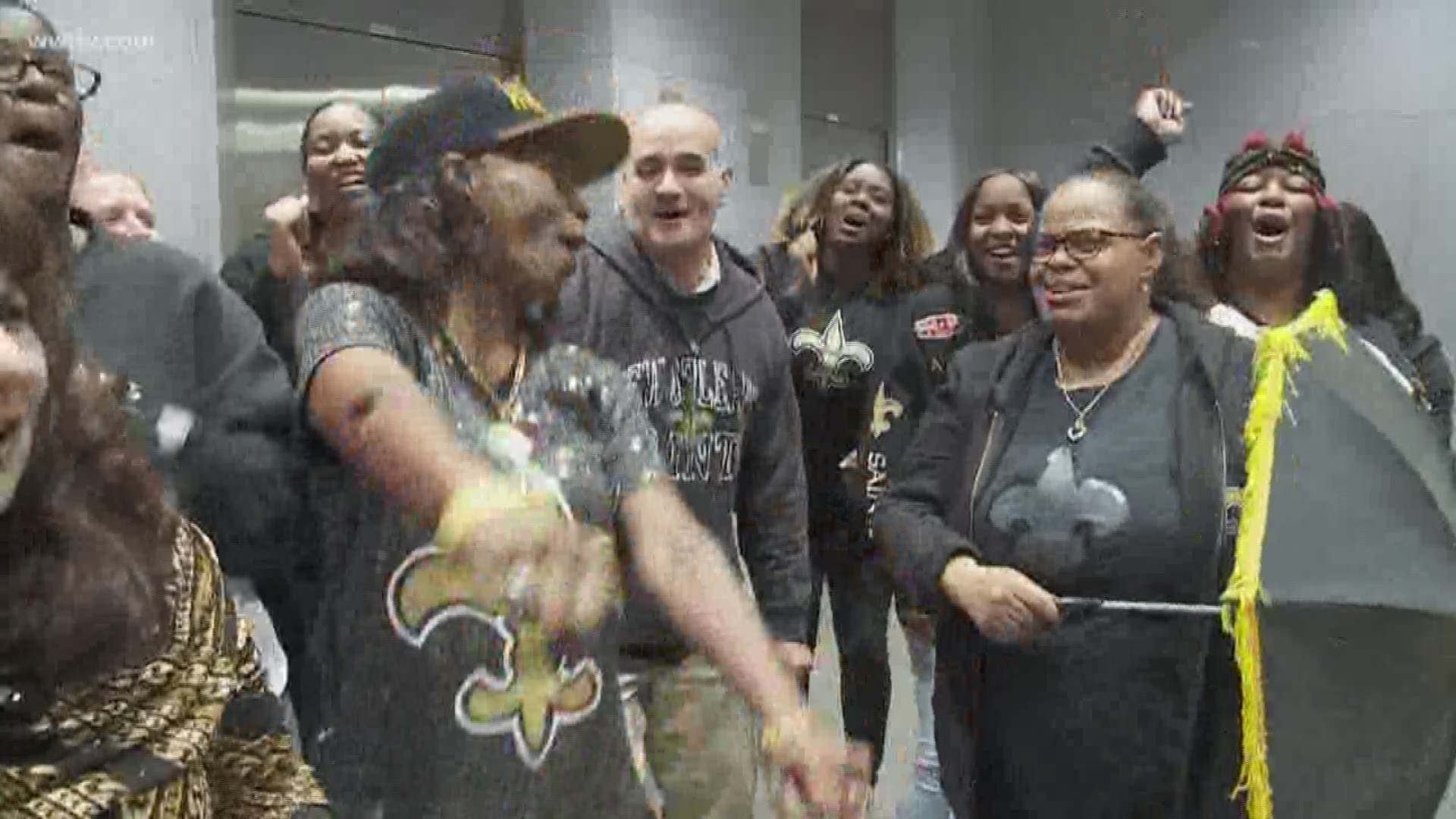 NEW ORLEANS — In her statement on Monday, Saints owner Gayle Benson said the Saints have the "best fans in the NFL." She said that it's more than a team and fans. "We are family."

That was not only evident last night after the game, but also all year round for the Who Dat Nation.

As New Orleanians, we celebrate the Saints together and we cry together. That includes Sunday's overtime loss to the Los Angeles Rams in the Mercedes-Benz Superdome.

"This means a lot to me," a crying fan said leaving the Dome after the loss. "I was at the NFC Championship in 2009 with my grandpa and he died of cancer."

"We have the best fans in the world," said another fan.

"Do you see these people who are coming out here? This is our family and we stand behind our Saints no matter what," said a fan about all the upset Saints fans leaving Superdome.

And even though there is no research data, a psychiatrist agrees. There is a unique strong bond in the city with the 'Bless You Boys.'

"I think there's just more of a culture that just surrounds this city, you know. Whether you're a football fan or not, it's hard not to be a Saints fan," said Dr. Lee Michals, LSUHSC Psychiatrist.

"My nanny cried so much. She was a hot mess yesterday. She said like, 'Oh no,'" said Marina Vincent, 9, about her aunt crying after the Saints lost.

But to really see just how much the Saints mean to local fans, ask Marina, not about her aunt crying after losing the game, but about losing everything in October 2017 when the grill outside their home leaked, causing their home to burst into flames. She lost her best friend: her pet labradoodle.

"Then, within under five minutes, the whole home was engulfed in flames," said Bethany Vincent, Marina's mother. "One of the biggest challenges is I knew I couldn't go back in and save my dog and that's all my daughter wanted, is to have her dog."

After that, the Sunday Saints games meant being with happy, cheering family and friends.

"It made me feel really good because it gave me something else to think about besides my house, and it kept me busy because sometimes my friends, like sometimes they were busy. They can't play with me, so I get to watch the Saints," said Marina.

"In New Orleans, so many people are related and it's almost like you take on the Saints as your family. We're all in it together and cheering
for them," said Bethany.

Still without her home rebuilt, the Saints gave Marina something exciting to look forward to, much like the team did for all 'Who Dats' after Hurricane Katrina, and still does today.

Bethany also says that the community service in hospitals, schools and around the city, by all the Saints players, also creates a special bond.