WWL KidWatch studio returns to Children's Museum - for one day only 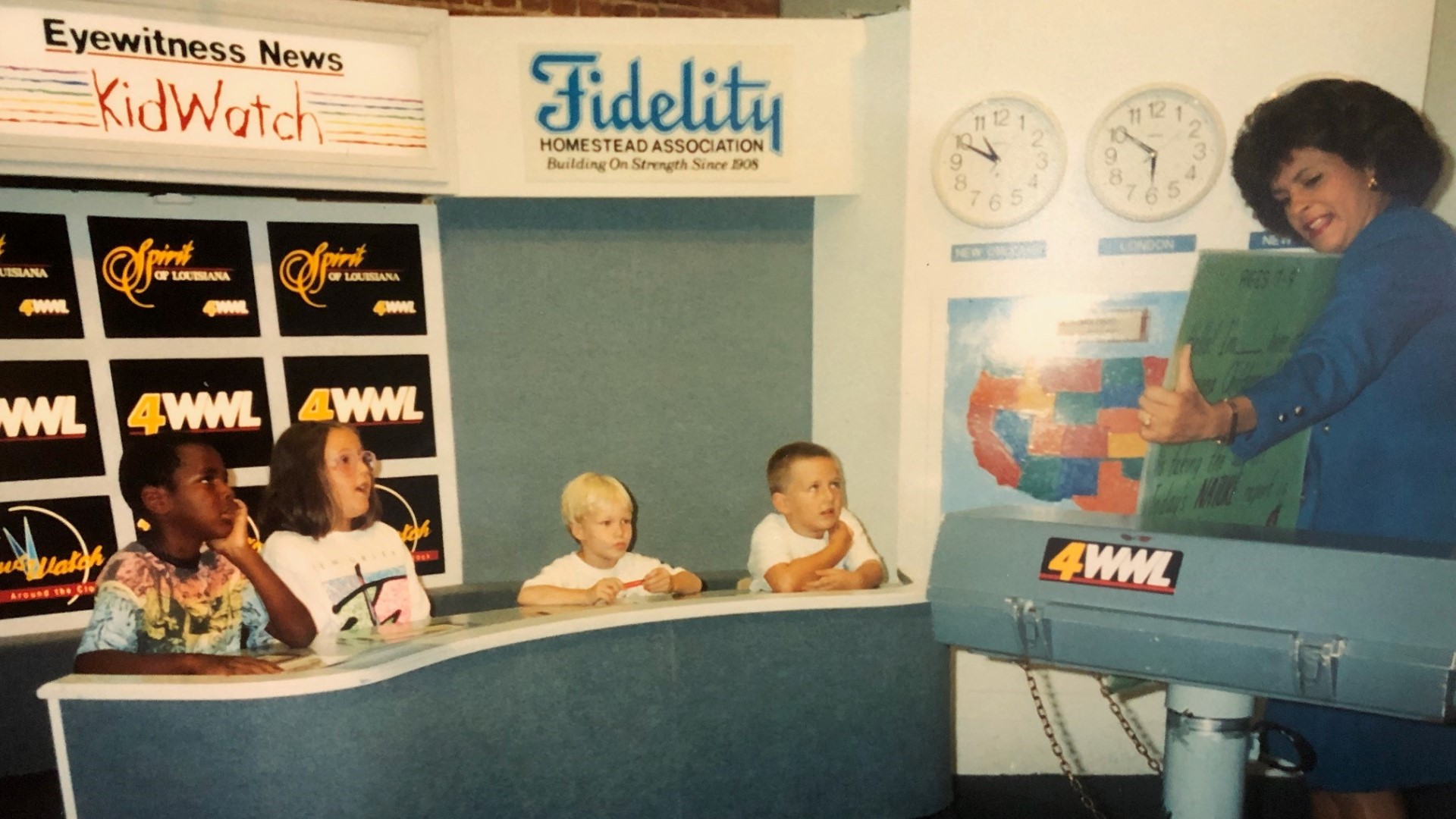 NEW ORLEANS — As the Louisiana Children's Museum prepares to leave its longtime Warehouse District home and open a new, multi-million dollar facility in City Park, it is saying goodbye to its longtime home by helping families remember some of its most popular exhibits.

That includes the former WWL-TV Eyewitness News KidWatch studio, which was a favorite at the museum throughout the 1980s and 1990s. It opened in 1987, just one year after the museum opened at 420 Julia Street.

The makeshift studio gave children the chance to pretend they were anchoring the news, by portraying a pint-sized Bill Elder, Angela Hill, Sally-Ann Roberts or Hoda Kotb, pretending they were Jim Henderson anchoring the sports and Dave Barnes or Carl Arredondo forecasting the weather. There was a news desk, television monitors, cameras and microphones and even a weather map.

Unfortunately, the studio's tremendous popularity also meant it began showing its age and it left the museum in the late 1990s. But the memories remain, especially for children of that era who are now parents of children of their own.

On Saturday, the museum's "Thanks for the Memories" day will feature a makeshift KidWatch set, where children can once again pretend they are on TV.

The special event begins at 11 a.m. WWL-TV's pretend studio will be open from 2 until 4 p.m. Admission for the day is $10 for adults and children over 12 months old.

There will be several other exhibit stations, as well as an appearance from PBS' Curious George, courtesy WYES-TV, and activities from other longtime Children's Museum partners such as Children’s Hospital Parenting Center, Lake Pontchartrain Basin Foundation, Transdev, in service to the RTA, Southern Eye Bank and more.

The children's museum at 420 Julia Street will close over the summer and move into its new five-gallery, 58,000-square-foot, $47.5 million museum, which will be located on an 8.5-acre campus in City Park near the New Orleans Museum of Art.