New shoulders could be open as soon as July 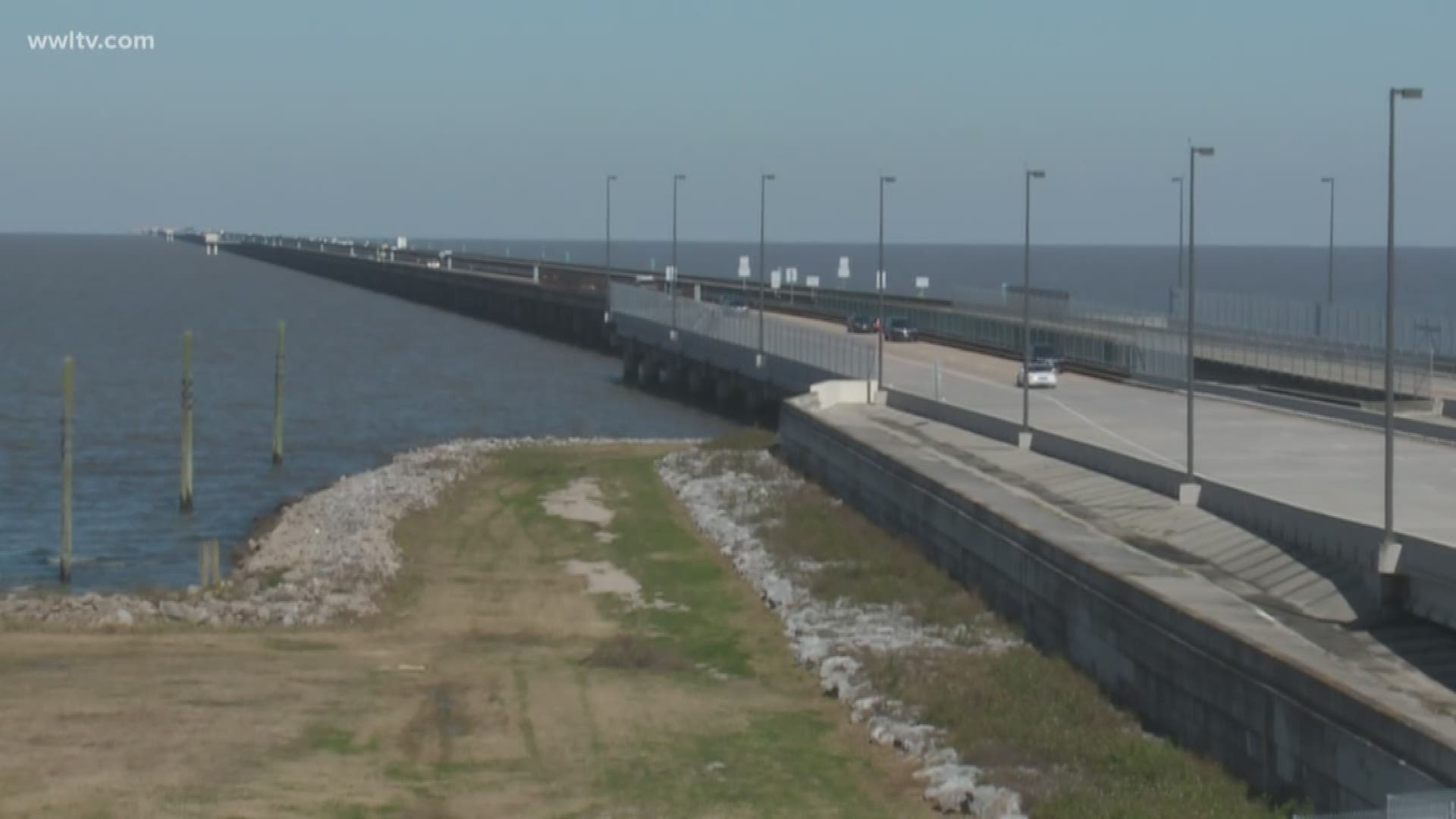 Two projects are in the works for the 24-mile-long bridge. In February, construction for safety shoulders is expected to start. The first staggered shoulder will be completed as early as July.

Every month after that, an additional shoulder will be opened until all 12 are operational.

“If we can keep the vehicles on the bridge, we can save lives,” Carlton Dufrechou, General Manager of the Lake Pontchartrain Causeway, said. “That's the whole purpose behind it.”

Then, but early April, work is scheduled to begin on higher guardrails on the southbound bridge. Right now, those rails are 25-inches high. With the new construction, they’ll be 40 inches.

“I think it’s a great idea,” Dennis Giurintano, who frequently crosses the bridge, said. “Any safety improvements they do is a plus for everybody that commutes. The bridge does a great job of clearing wrecks and this will only help.”

There are eight-to-ten breakdowns on the Causeway every day. In the last 25 years, there whave been more than a dozen crashes where vehicles go over the rail and into the lake.

“Our mission is to get all of our commuters on and off the bridge safely and timely every day,” Dufrechou said. “It’ll be a much safer bridge all the way around.”