1 dead, 2 hurt in a drive-by shooting in New Orleans East

The shooting happened before 11:30 p.m. in the 7100 block of Salem Drive near Morrison and Bundy roads. 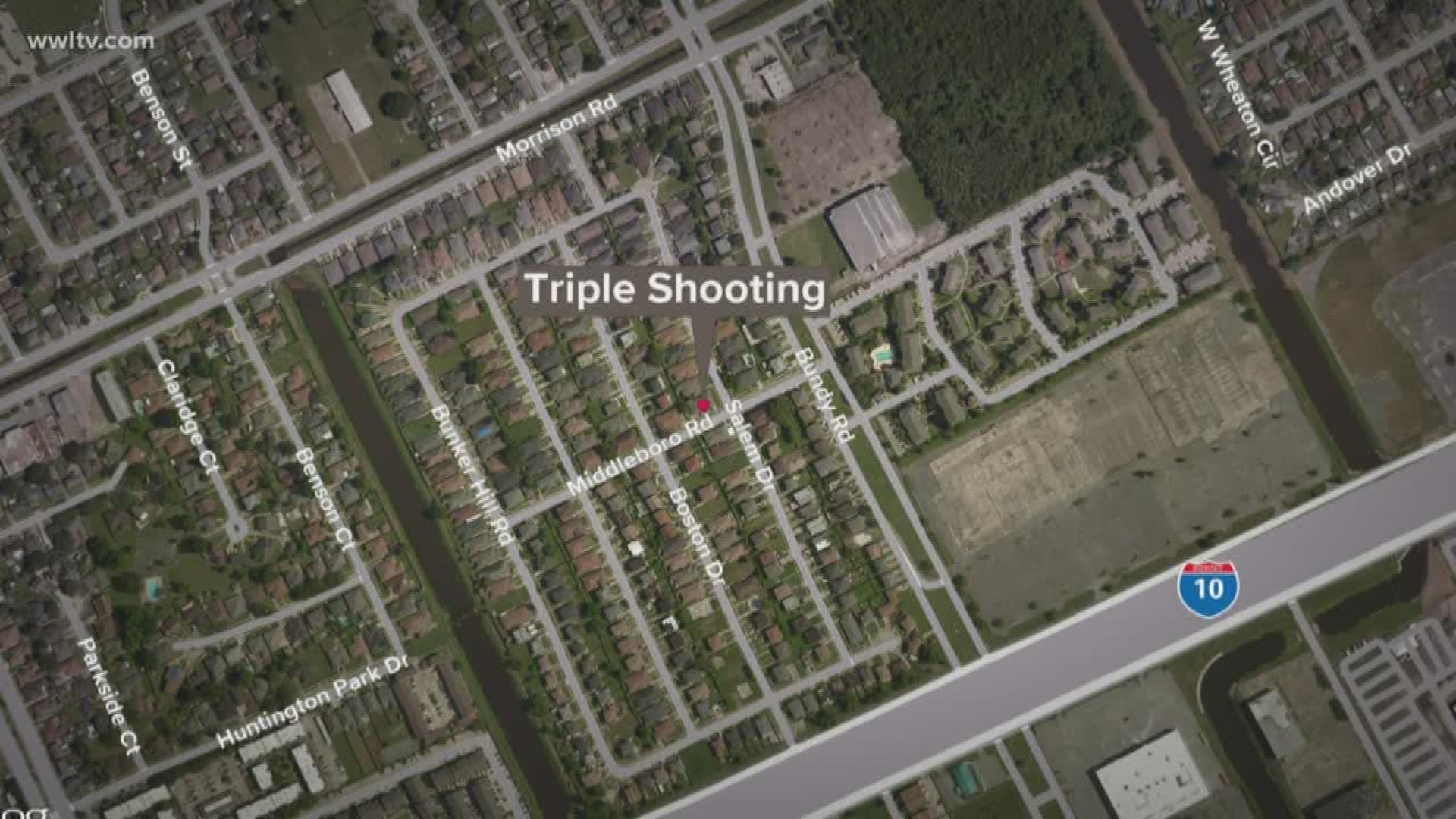 According to the New Orleans Police Department, the shooting happened around 10:14 p.m. in the 7100 block of Salem Drive near Morrison and Bundy roads. Officers arriving at the scene learned that three men had been shot and were taken to the hospital by car.

Investigators say the men were standing outside when someone drove by and started shooting.

One man later died at the hospital early Wednesday morning. The NOPD is now investigating the shooting as a homicide. The Orleans Parish Coroner's Office will determine the official cause of death and release the man's name at a later time.

Anyone with information about the shooting is asked to contact the NOPD Homicide Unite at 504-658-5300. Residents can also report information anonymously to Crimestoppers at 504-822-1111.