1 injured after car fired upon in Algiers on General Meyer

Witnesses told Eyewitness News that the car was stopped at a light when two people got out of a black truck and opened fire. 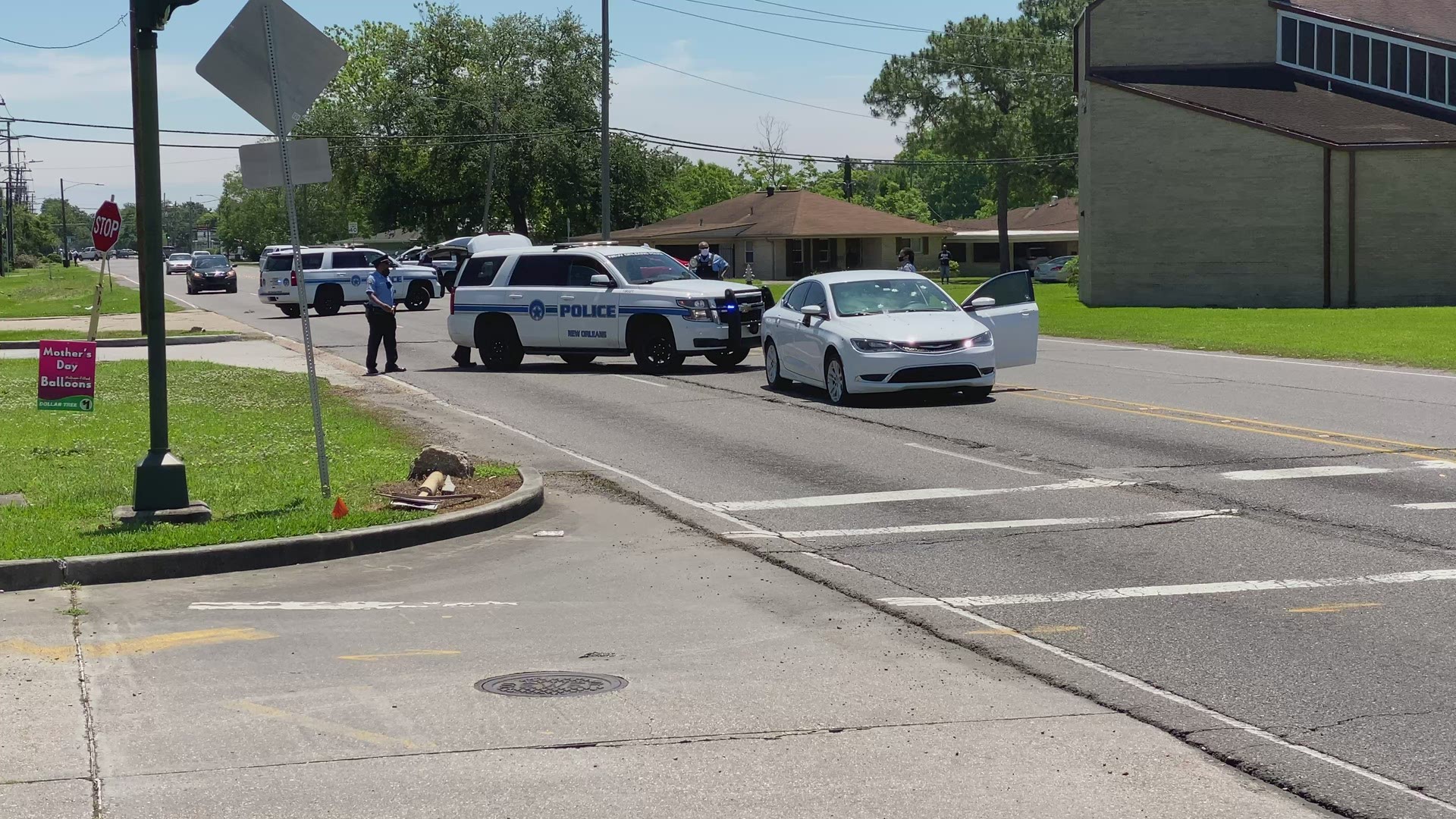 One person was injured at an Algiers intersection after a couple of people fired into a car that was stopped at a light at the intersection of Kabel and General Meyer, witnesses told WWL-TV.

The incident occurred shortly before noon.

The NOPD said one man was injured in the shooting and that he was taken to the hospital. His condition was not immediately known.

Witnesses to the shooting said a car was stopped at that intersection for a traffic light when two people got out of a black truck nearby and opened fire at the vehicle.

The truck was also stopped at the traffic light, ahead of and to the right of the white sedan that was hit by the gunfire.

Video from the scene seemed to indicate that at least eight shots went through the windshield.

The intersection was completely shut down in all directions during the investigation.

Witnesses said they didn't notice anything before the shooting that may explain what happened.

Police officers at the scene said more information will be made available later.

The intersection where the shooting happened draws much traffic; a church, a fast-food restaurant and a retail shop are among the establishments within walking distance.

The shooting is less than a quarter of a mile away from Edna Karr High School.