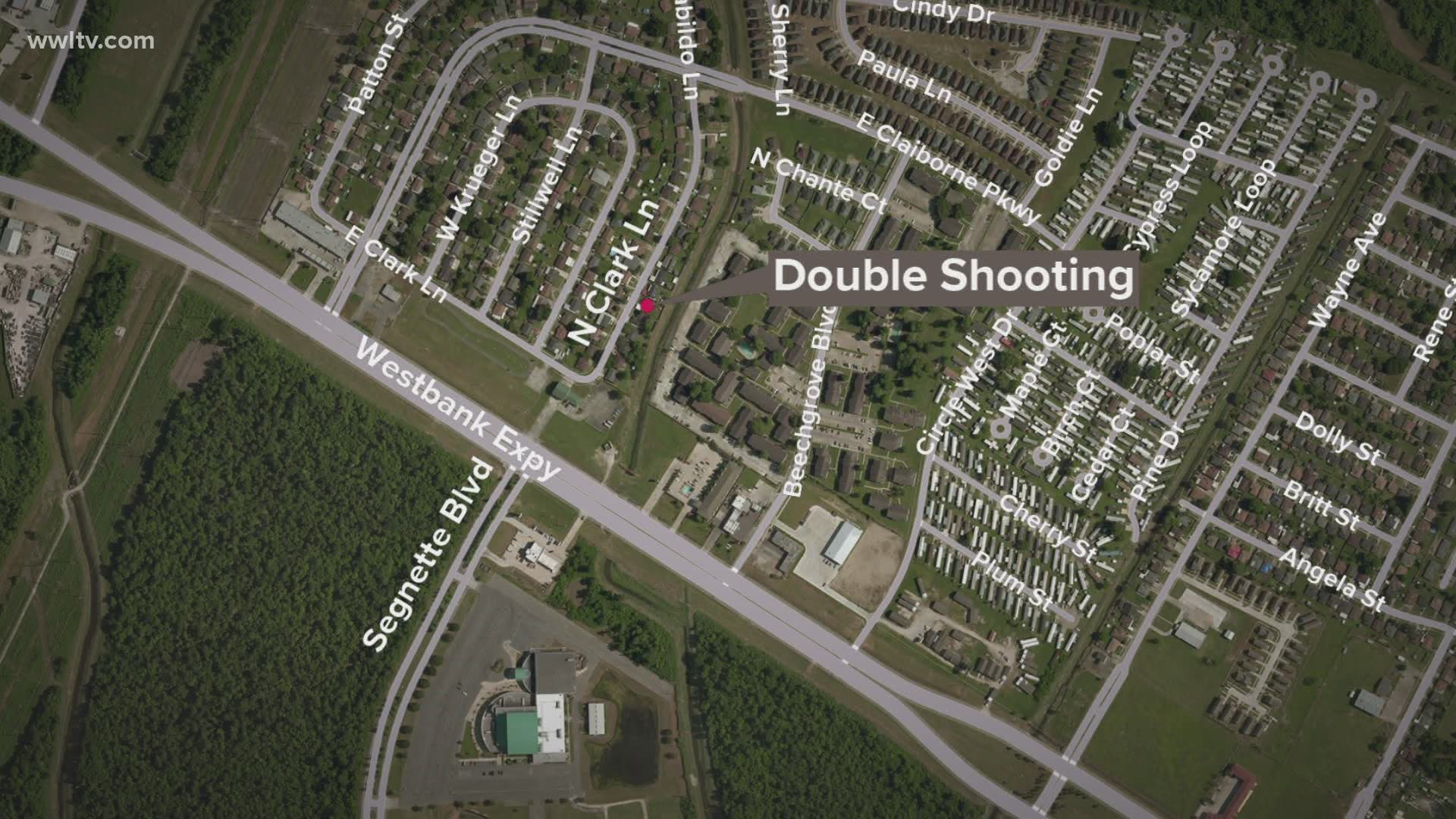 WESTWEGO, La. — One man was killed and another injured in a double shooting on the West Bank Sunday night, Jefferson Parish Sheriff's Office officials said.

According to investigators, a 40-year-old man who was shot in unincorporated Westwego died overnight in the hospital. A 21-year-old who was shot in the neck remained in critical condition Monday morning.

The incident happened around 10:45 p.m. Sunday.

Jefferson Parish deputies arrested the person they suspect shot the men in the 900 block of North Clark Street. They identified him only as a 59-year-old man.

No further details on the homicide investigation were immediately available, including a potential motive or other suspects involved.

JPSO officials encouraged anyone with information on the shooting to call the homicide division at 504-364-5300 or contact Crimestoppers.

ALSO: Independent autopsy shows Modesto Reyes was shot in the back twice