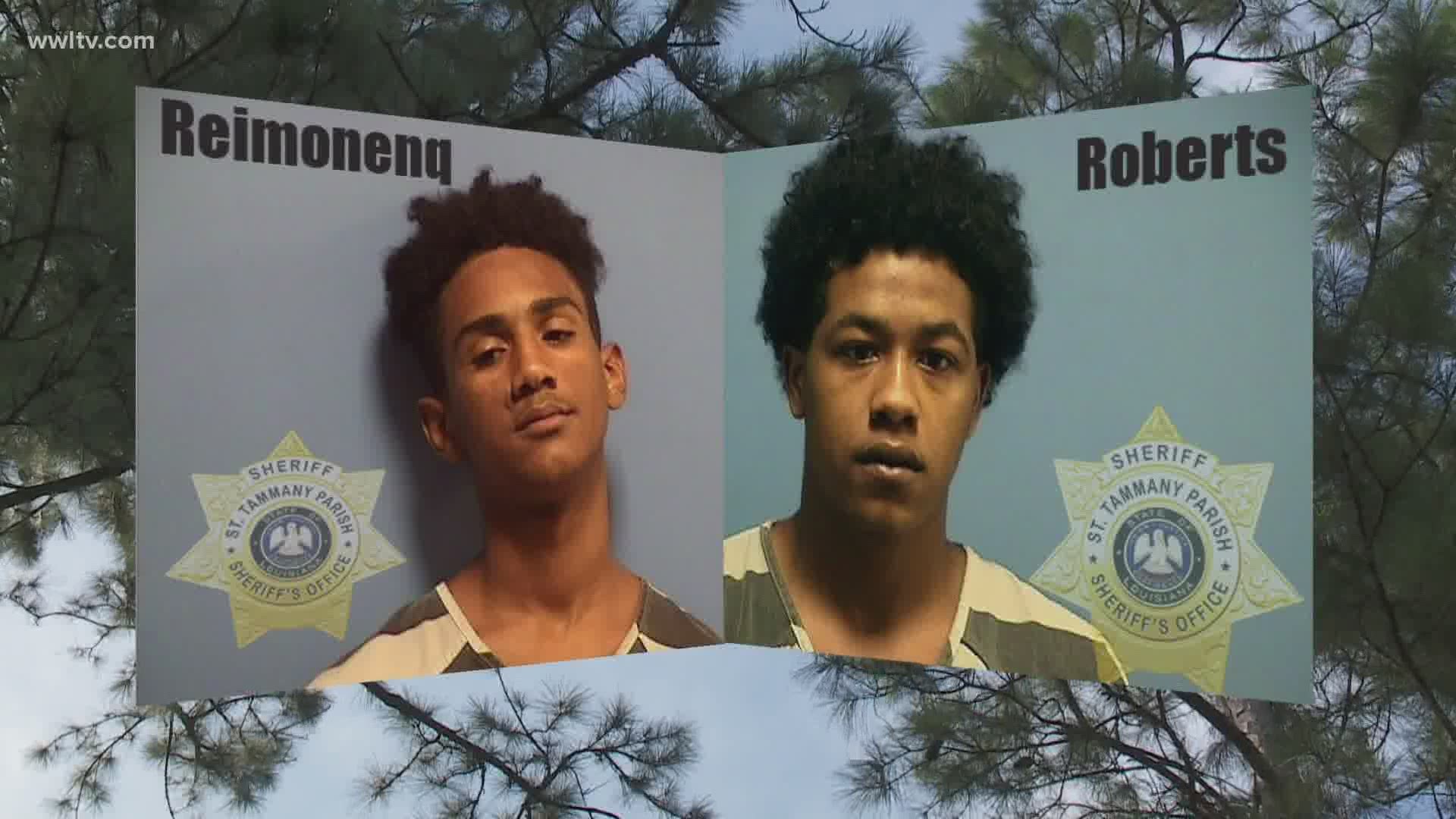 LACOMBE, La. — Update: One of the suspects at-large in the killing, 19-year-old Shannon Amos Jr., has been arrested and booked into the St. Tammany Parish Jail.

Two Lacombe men are now charged with two counts of first-degree murder and one count of first-degree feticide. Investigators believe 18-year-old Peter Reimonenq and 19-year-old Christopher Roberts are two of the four men responsible for the deaths of a man and pregnant woman from Covington.

It happened Saturday, just west of Lacombe, when St. Tammany Parish authorities say the bodies of 21-year-old Qile Sanders and 20-year-old Sylvanus "Jed" Ellis III were found on Bremerman Road inside an SUV in the Big Branch Marsh National Wildlife Refuge.  According to the coroner, both were shot multiple times and Sanders was about seven months pregnant.

It’s a remote area off Highway 190 with no houses in sight, just a lot of trees. Whatever the reason for the shooting, the sheriff’s office believes it was drug-related. One woman who lives nearby says the area is known for drug activity.

The St. Tammany Parish Sheriff declined to comment about the case Tuesday, only releasing a statement.

“This kind of violent crime will not be tolerated in St. Tammany Parish,” Sheriff Randy Smith said. “I applaud the detectives with our Major Crimes Unit who worked literally around the clock to identify the individuals responsible for these murders. Our detectives will continue to work tirelessly to locate the remaining two individuals wanted in this case in or to bring closure for the families.”