Police reported the discovery around 7:45 p.m. It's unclear when the car went into the canal or how the three people died. 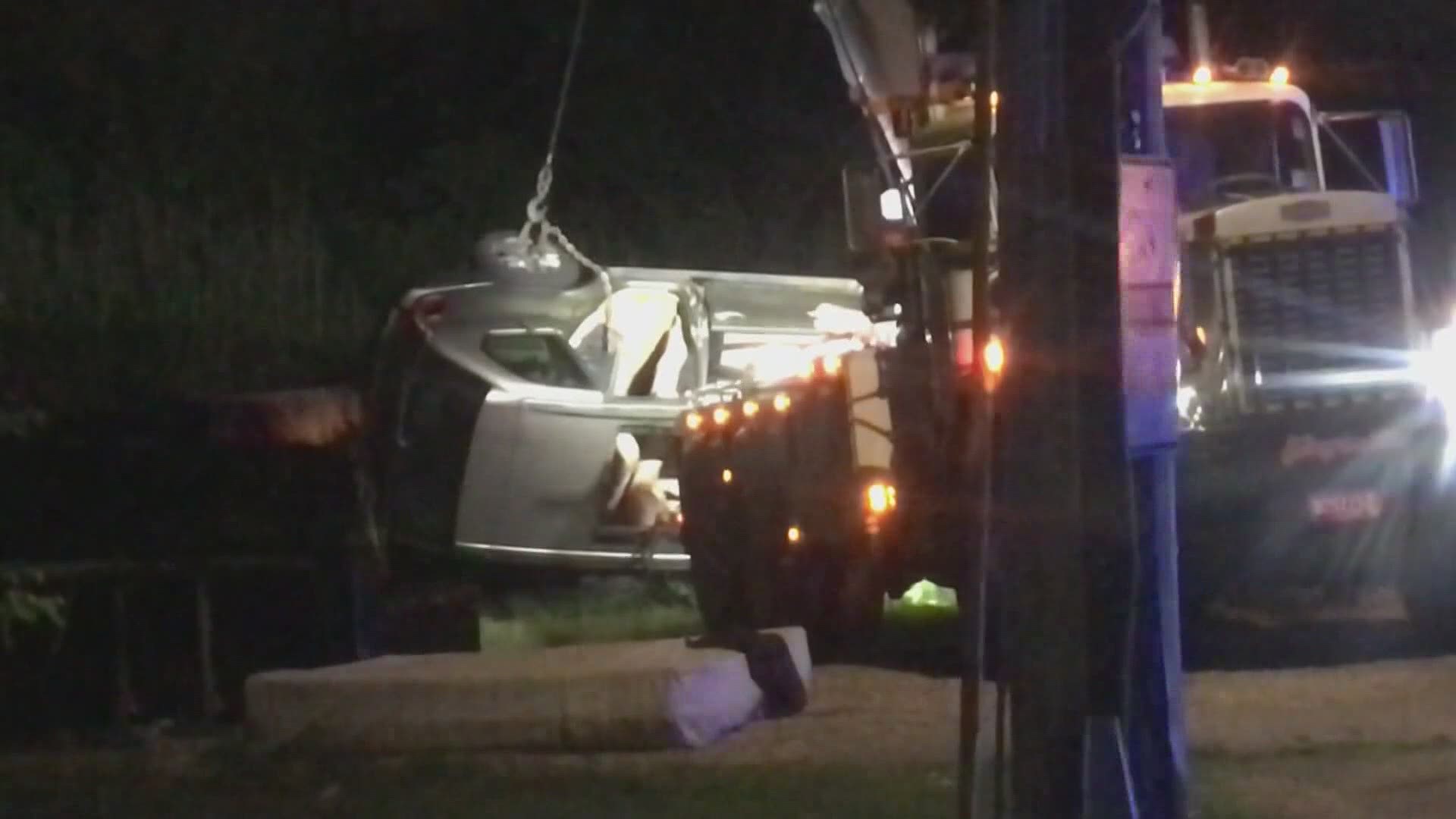 NEW ORLEANS — The remains of a man, a woman and a child were found in a car that was pulled out of a canal in New Orleans East Saturday evening, a New Orleans Police Department spokesperson said.

Someone passing by near Gannon and Morrison roads saw a four-door car in a canal and called police around 6 p.m. Saturday.

When police officers and New Orleans Emergency Medical Services paramedics made it to the scene, they saw the four-door vehicle in the canal and the remains of two adults inside.

After removing the car from the water, police officers found the remains of a girl in the car with the adults.

Police reported the discovery around 7:45 p.m. It's unclear when the car went into the canal or how the three people died.

The investigation into the traffic fatality continues. Blood and alcohol tests have been ordered as part of that investigation.