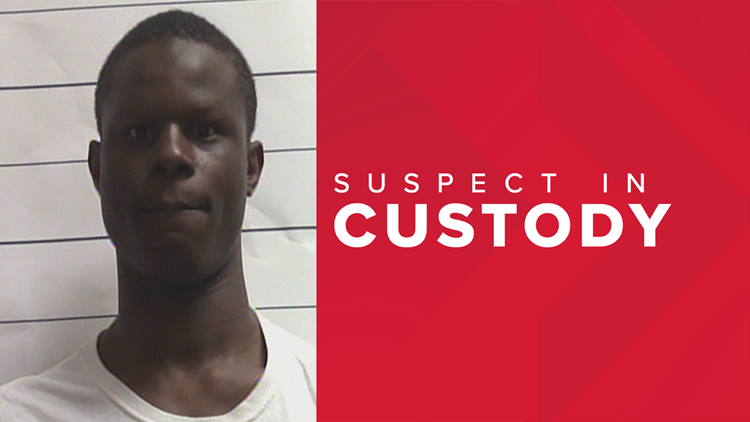 NEW ORLEANS — Nearly two months after a man was shot to death in broad daylight in Central City, New Orleans police have caught the person they say pulled the trigger.

20-year-old Dijon Curtis was arrested Wednesday in connection to the killing of Brent Jenkins, also 20, at the corner of Washington Avenue and Dryades Street in late January.

He was booked into the Orleans Parish Justice Center and faces second-degree murder. If convicted, he faces live in prison.

According to New Orleans Police Department officials, Jenkins was shot around 4:30 p.m. on January 26 near the 1900 block of Washington Avenue. He was pronounced dead on the scene after police arrived. The incident appeared to stem from an armed robbery.

The NOPD opened a homicide investigation and linked Curtis to the scene. They believe Curtis and another man with a gun approached the victim that day but Curtis fired the fatal shot. They also believe Curtis and his unidentified accomplice then fled the scene by car, with the help of female getaway driver.

Detectives on the case obtained an arrested warrant and Curtis was taken into custody on March 18.

He had a separate warrant issued out for his arrest for allegedly resisting an officer and illegally carrying a gun in February, court records show.

Detectives are now searching for two others they believed aided in the killing.

The unidentified man (pictured above) reportedly walks with a distinctive limp. The woman drove Curtis and him away in a white Hyundai Santa Fe.

Anyone with information on this incident or the identity and whereabouts of the two wanted subjects, or the location of the getaway vehicle, is asked to contact Detective Thaddeus Williams at at 504-658-5300 or call Crimestoppers anonymously at 504-822-1111 and toll-free 1-877-903-7867.

ALSO: A miscalculation led to a Slidell man's life sentence; after 10 years in prison, he walks free