Three people were injured as gunshots rang out near Canal and Carondelet Friday night. 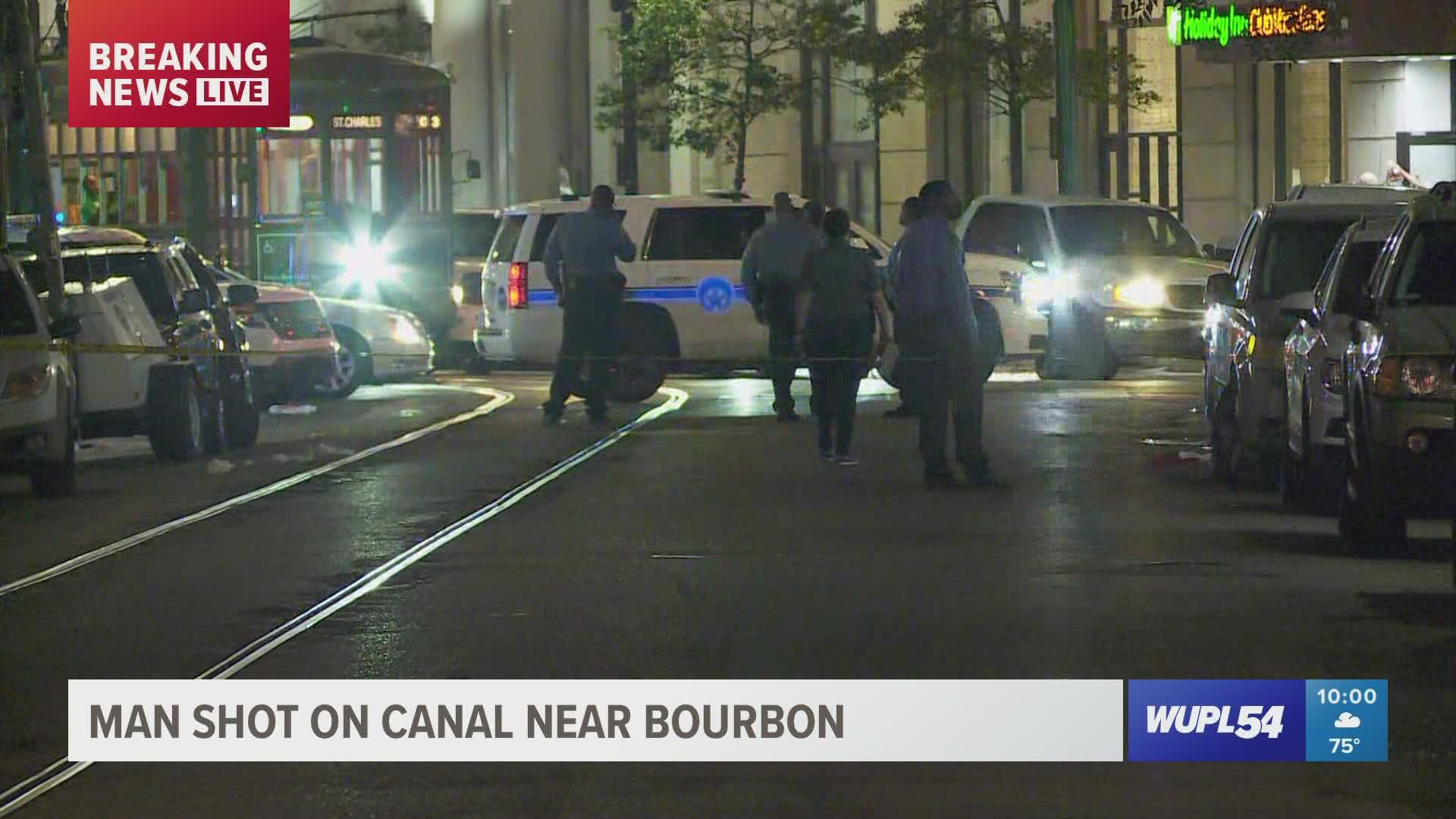 NEW ORLEANS — Three people were injured as shots rang out in the 800 block of Canal Street near Carondelet Friday night in New Orleans, according to the NOPD.

The incident occurred shortly before 9 p.m.

According to police, one man was shot several times and was taken to the hospital by EMS.

Police said there were no additional details available.

The shooting comes as the city experiences a spike in violent crime this week.

In a 48-hour period Wednesday and Thursday, two shootings left 3 people dead and 7 others injured.

There have been other shootings as well, and six people have died as a result.

In the first multi-victim fatal shooting, reported Wednesday afternoon, four men working on a drainage project near a church were shot by a group who pulled up in a truck while they were on the job.

"To have a homicide occur at a church, if a church ground is not safe, what is?" New Orleans Police Superintendent Shaun Ferguson said at a press conference Friday.