Communications Director Beau Tidwell said Monday that four of the teenagers have been released from the hospital and were arrested. 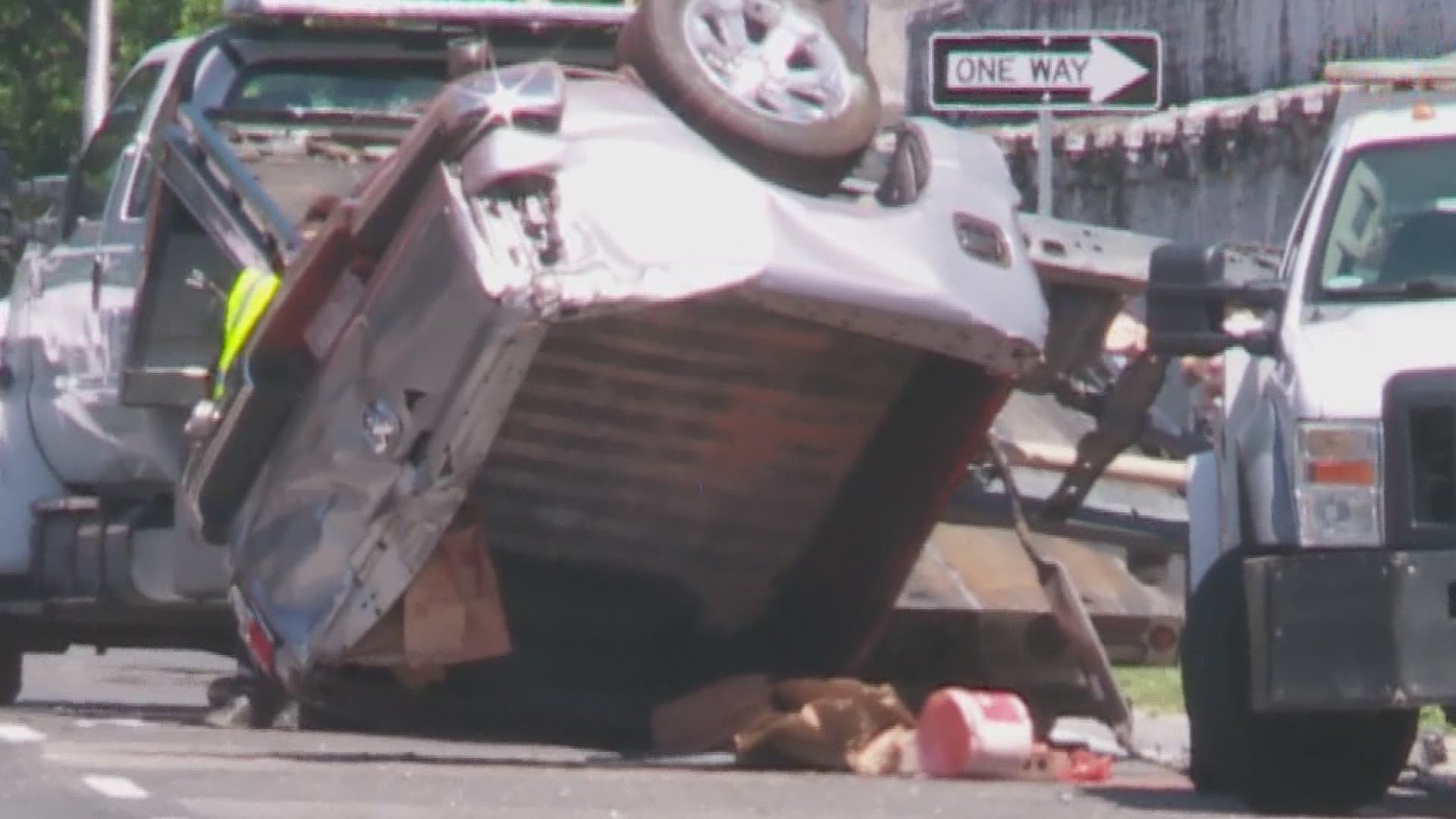 NEW ORLEANS — Four teenagers have been arrested and three remain hospitalized after a police chase with a suspected carjacked vehicle ended in a crash in New Orleans’ St. Claude neighborhood last week.

New Orleans Mayor’s Office Communications Director Beau Tidwell said Monday that four of the teenagers have been released from the hospital and were arrested. Tidwell did not specify what charges those teens were booked on. One of those teens was also booked on 13 additional charges including carjacking and car burglary, Tidwell said.

Tidwell said three of the teens, two girls, and one boy, remain hospitalized with injuries from the crash.

On Friday, a car filled with seven teens between the ages of 13 and 17-years-old crashed during a police chase. Photos from New Orleans EMS showed an overturned pickup truck that appeared to be split in half. All seven teens were taken to University Medical Center where two girls were listed in “critical” condition.

New Orleans Police Superintendent Shaun Ferguson said the chase happened after a carjacking involving several individuals was reported on Deers and Law streets around 10:30 a.m. The stolen pickup truck was later spotted and officers requested permission to chase the vehicle. The chase ended with a crash at the intersection of North Robertson and Clouet streets.

Ferguson added that many of the teens had been arrested before and several handguns were found inside the wrecked pickup truck.

Vehicle pursuits are normally not allowed but can be authorized in the case of a violent crime, Ferguson said.

“Once again we are speaking about juveniles being involved in violent crimes,” Ferguson said. “This one resulted in some serious injuries.”