The eight offices will be the only ones open one week after an attempted ransomware attack wreaked havoc among the state's electronic systems. 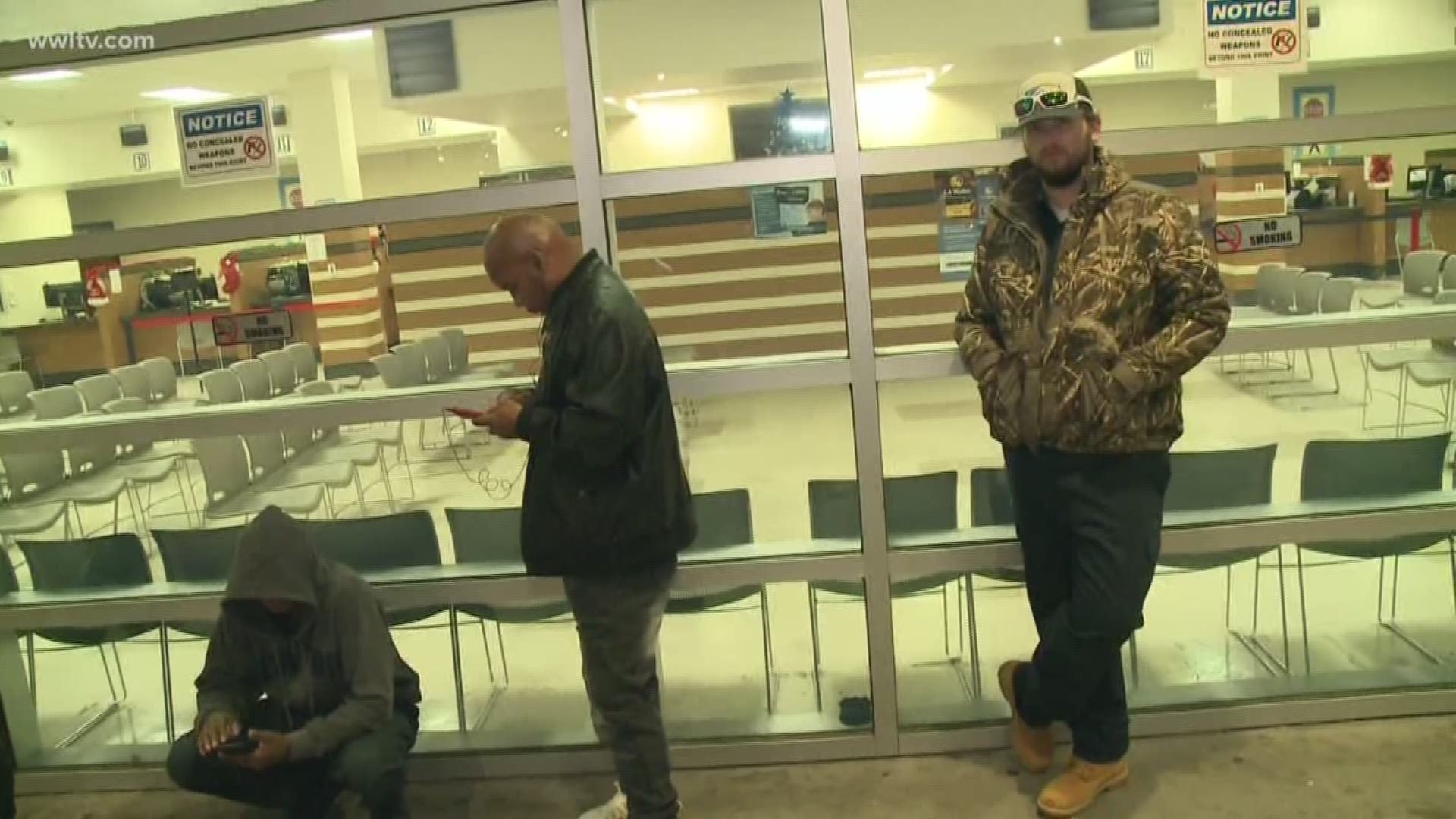 NEW ORLEANS — Lines began forming a couple of hours before the New Orleans OMV on Veterans Blvd. opened Monday after being closed for a week due to a ransomware attack.

People began lining up shortly after 5 a.m. as lines are expected to be long due to the pent up demand from the closure and the limited number of offices that are opening.

Lines at the Veterans Blvd. location completely filled the inside of the office and continued out the door. In addition a sign on the door said that there would be no re-instatements and no testing, which didn't sit well with some in line.

State Police are asking people to refrain from going to the OMV offices unless they have critical or urgent needs.

The office opened at 8 a.m.and quickly filled with the line going out the door.  Most in line said it would be worth the wait to get their business done.

"I actually came the day they shut down, three hours before it opened," said one man who had driven from Chalmette. "I'll sit here for three hours to get a chauffeur's license to get a good job."

All 79 Office of Motor Vehicles locations were closed after the attempted ransomware attack was discovered Nov. 18.

State officials originally hoped to open all of them by Nov. 25, but 71 branches will remain closed, according to the Louisiana State Police.

The eight that will reopen Monday are:

Officials said they have made "significant progress in the network restoration" but did not say when any other offices would reopen.

In addition to the eight offices, all Public Tag Agents will be open and available to assist with vehicle registrations.

Gov. John Bel Edwards declared a state of emergency for Louisiana after the ransomware was discovered.

An attempted cyberattack that disrupted state servers last week has caused larger problems at the Office of Motor Vehicles than at most other state agencies. The cyberattack was likely the result of a phishing email that was sent to various administrative state staff members.

Plans to reopen OMV locations kept getting pushed back, as the state’s technology services office continues its work to restore network and online services.

"[The attack] initiated sort of right as we were walking in the door for the day," said Dustin Glover, the state's chief information security officer. "The goal of the attacker is to lock you out of your data so they can get some money."

Glover said that despite the disruption, the state caught the problem early and began working it immediately. He said that out of 5,000 servers, 132 were confirmed to have been compromised and that 1,600 of 35,000 work stations were compromised.

The Office of Motor Vehicles issued a statement Wednesday that gave no estimate for opening its locations around Louisiana. The agency said it will announce openings as electronic services are restored, tested and ready for use.

The effort to clean up all of those stations takes time, according to Neal Underwood, the deputy chief information officer.

"We have to go across the state and touch each and every one of those work stations to take all of the infected software off and put clean software on. We are about 50 percent through the re-imaging effort at this time. It's taking a little longer than we originally anticipated."

The cyberattack was discovered Monday and disrupted business operations and online services across nearly every state agency. All 79 Office of Motor Vehicles across Louisiana, including the one in New Orleans, were unable to do business.

State websites and many online government services were back online Tuesday, according to Jacques Berry, the Director of Policy and Communications.

Edwards’ office says the Office of Technology Services identified a “cybersecurity threat” that affected some computer servers. The office took all its servers offline as a precaution.