Inside the wallet, among other things was an ID, a medical card, a state benefit card and $338. 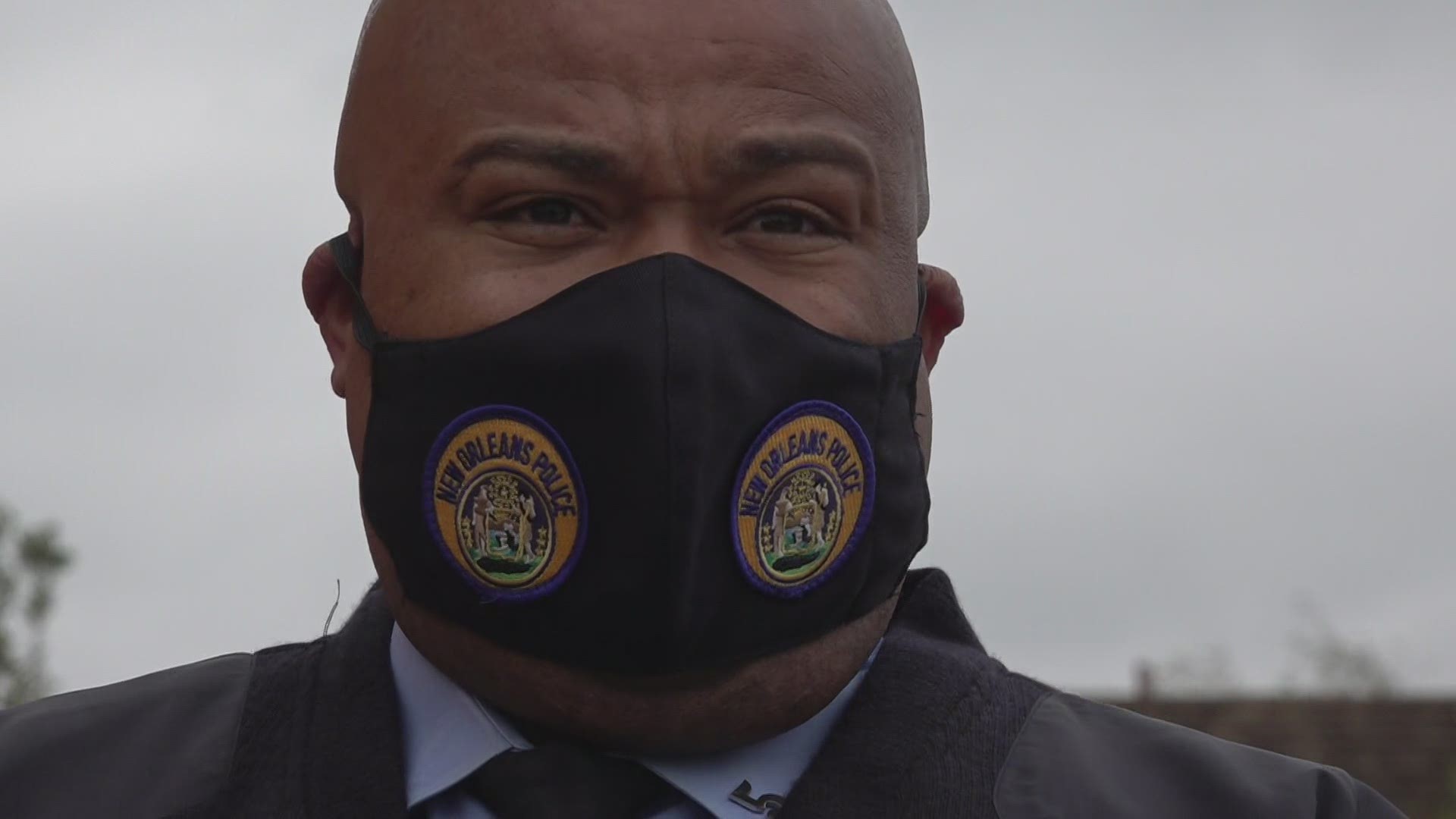 NEW ORLEANS — New Orleans police officer Larry Dace has spent his 13 years on the force connecting the department to the community around him.

“We’re here to help you and that was one of the things, why I joined the department,” said Dace.

Monday, while on Mardi Gras patrol, Dace was the right officer at the right time.

“It was just a blessing for me,” said Dace.

While parked at a gas station on Broad Street, the community liaison officer got a knocked on the window from Venus Masakowski and a friend who had just found a wallet on the Lafitte Greenway.

“We found the wallet right around here, a fully intact wallet. There was absolutely nobody around because it was like totally freezing,” said Masakowski.

Without hesitation, Masakowski knew the wallet needed to be returned.

“We did not see one other person except for officer Larry Dace,” said Masakowski. “Thank goodness we saw him.”

Inside the wallet, among other things was an ID, a medical card, a state benefit card and $338. With the wallet in hand, Dace says the address on the ID was a bust, so with the blessing of his supervisor, he spent two days tracking down a stranger, which he eventually did.

“His first reaction when he walked up to me, ‘was there any cash in the wallet,’” said Dace.

There was, and all of it. Officer Dace says the man was extremely grateful and even tried to pay him.

Dace says the fact that Masakowski went the extra mile made him want to do the same.

“To be able to get that wallet in my possession and locate the owner of it and return everything to him, I felt like that was a good deed,” said Dace.

A good deed that goes a long way in connecting to the community and people he serves.

“You don’t know how much it means to all of us and especially in these challenging times to know that you’re going that extra step for citizens, it means so much,” said Masakowski.

Steps Dace says is part of the job when you protect and serve.