“I would never want that to occur to myself, my family, my neighbors or people in my community,” said Councilwoman Carlee White Gonzales. 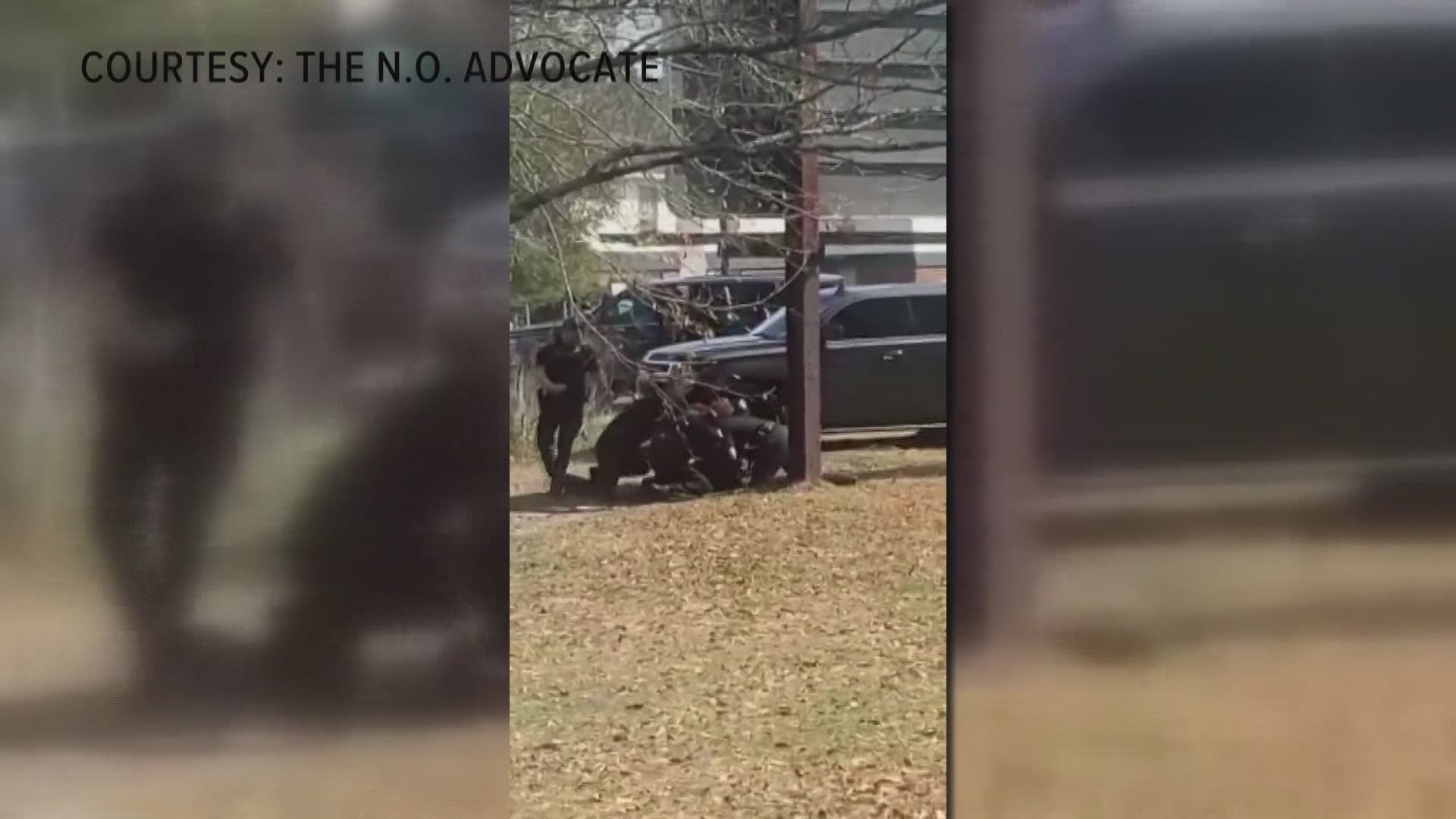 HAMMOND, La. — Cell phone video shows the moments following a police chase in Hammond and now the Hammond Police Department is investigating some of its own officers.

In the video, officers appear to hit and knee a suspect after they captured him onto the ground. The incident happened Feb. 26, according to the Hammond Police Dept.

The department said police tried to pull over 25-year-old David Jenkins Jr. for traffic violations and no license plate. Jenkins allegedly sped off, crashed into another car on Morrison Boulevard and University Avenue, then ran off.

By the time the video starts, officers have him on the ground. The video appears to show an officer hitting Jenkins several times, then the officer next to him appears to move the first officer's hand away. Our partners at NOLA.com obtained the video taken by someone who wants to remain anonymous.

"If we did something to the cops, if we hit one of the cops, well we get charged with assault on a police officer. They punch him four, five times, kneed him, and set the dog on him," Jenkins father, David Jenkins, said. "It's not right."

"He told me he had to go to a doctor that night and they gave him a tetanus shot," Jenkins said.

A spokesperson for the Hammond Police Department said a thorough internal investigation of the officers' actions is ongoing.

Jenkins was booked accordingly for speeding, aggravated resisting an officer by flight, reckless operation of a vehicle, two counts of negligent injuring, and numerous traffic violations.

"No matter what wrong he was doing, that doesn’t give anybody right to beat him. I could see if he was trying to beat on them, but it doesn’t show none of that," Jenkins said.

In a request for comment from the city's police chief and mayor, the Hammond city spokesperson said it would not be appropriate for them to comment while the investigation is ongoing, however several city council members gave comments to the newspaper, expressing concern.

There were two other people hurt in the crash. They were taken to a hospital with non life threatening injuries.