Police chief Shaun Ferguson said Mangrum is a wanted sex offender out of St. Tammany Parish who was also wanted on a parole violation. 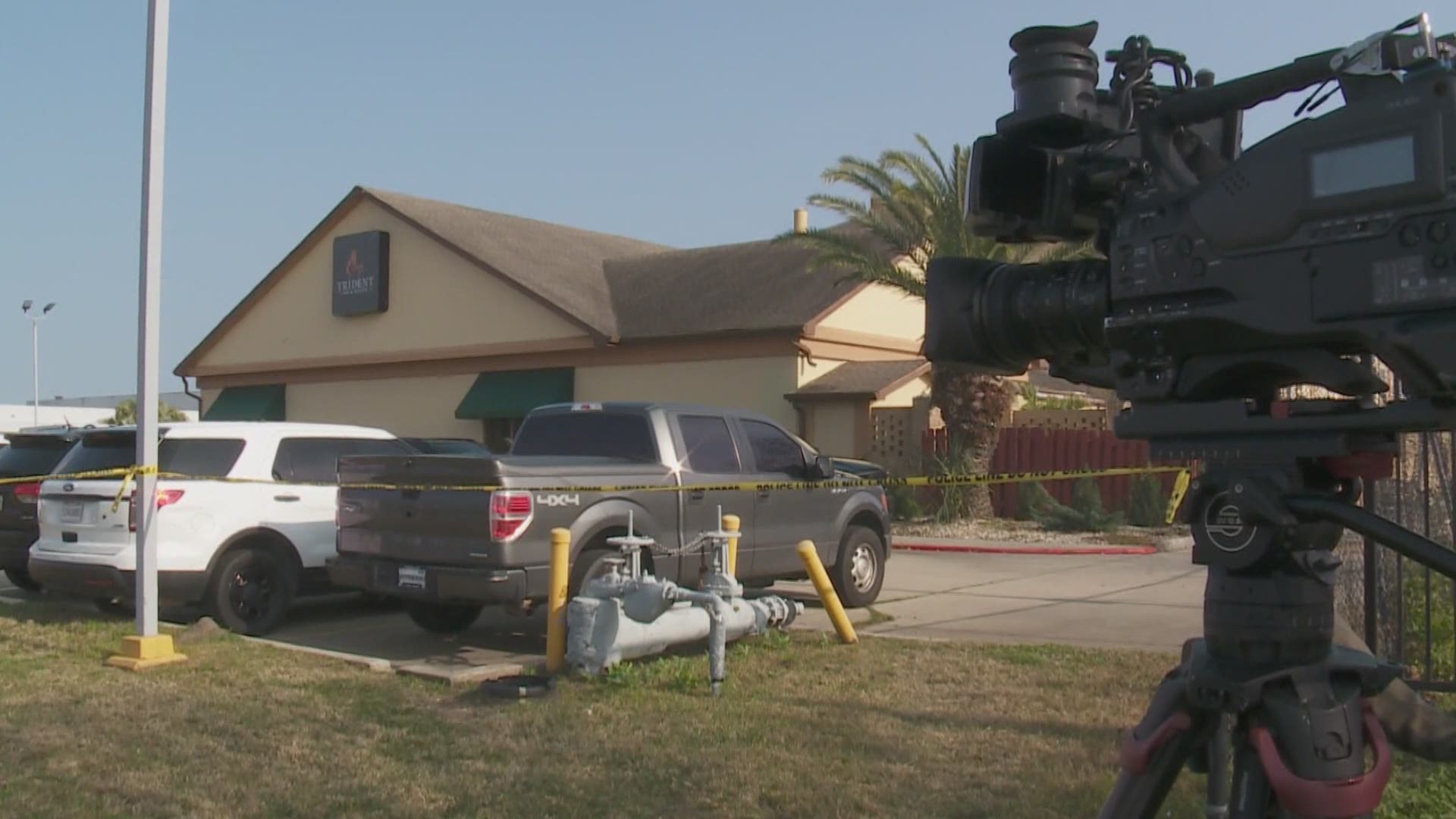 NEW ORLEANS — It was a wake-up call Emani Edwards and other folks at Trident Inn and Suites in New Orleans East weren’t expecting Tuesday.

“I’m like what is going on,” said Edwards. “They told us that this guy is armed and dangerous for your safety we want everybody to leave the building.”

Police said that guy is 35-year-old Charles Mangrum who barricaded himself inside a room with several guns, just a few doors down from Edwards on the second floor.

“I've seen the guys, the U.S. Marshals, outside of the guy’s door trying to get in the room and they’re yelling at the guy and the guy is like, ‘I don’t want to go to jail,’” said Edwards.

That person is believed to be a woman who escaped through a window on the second floor of the hotel, which was recorded on a cell phone by Terry Blackwood who works next door.

"When SWAT walks through your place of business, things are real,” said Blackwood.

Blackwood said he was relieved when the woman finally got out.

“You could definitely tell she wanted out,” said Blackwood.

Blackwood said the woman made two attempts to get out. The first time he said she seemed too afraid to jump. The second time he said officers put a ladder next to the window.

"She climbed out,” said Blackwood. “She quickly escaped down the ladder and an armored car took off."

As negotiators spent hours trying to convince Mangrum to surrender, many folks who are staying at Trident Inn were left stranded and frustrated.

"We’ve been standing outside just waiting to see if we can go back in the hotel,” said Edwards.

RELATED: SWAT Roll: Armed man barricaded in N.O. East hotel - has someone with him

RELATED: Suspect in uptown robberies arrested after standoff with SWAT