Carjackers shoot at Lakeview man as he pulls out of driveway

“We have gates and fences and dogs and cameras and security, it doesn’t faze them ... They just keep coming.” 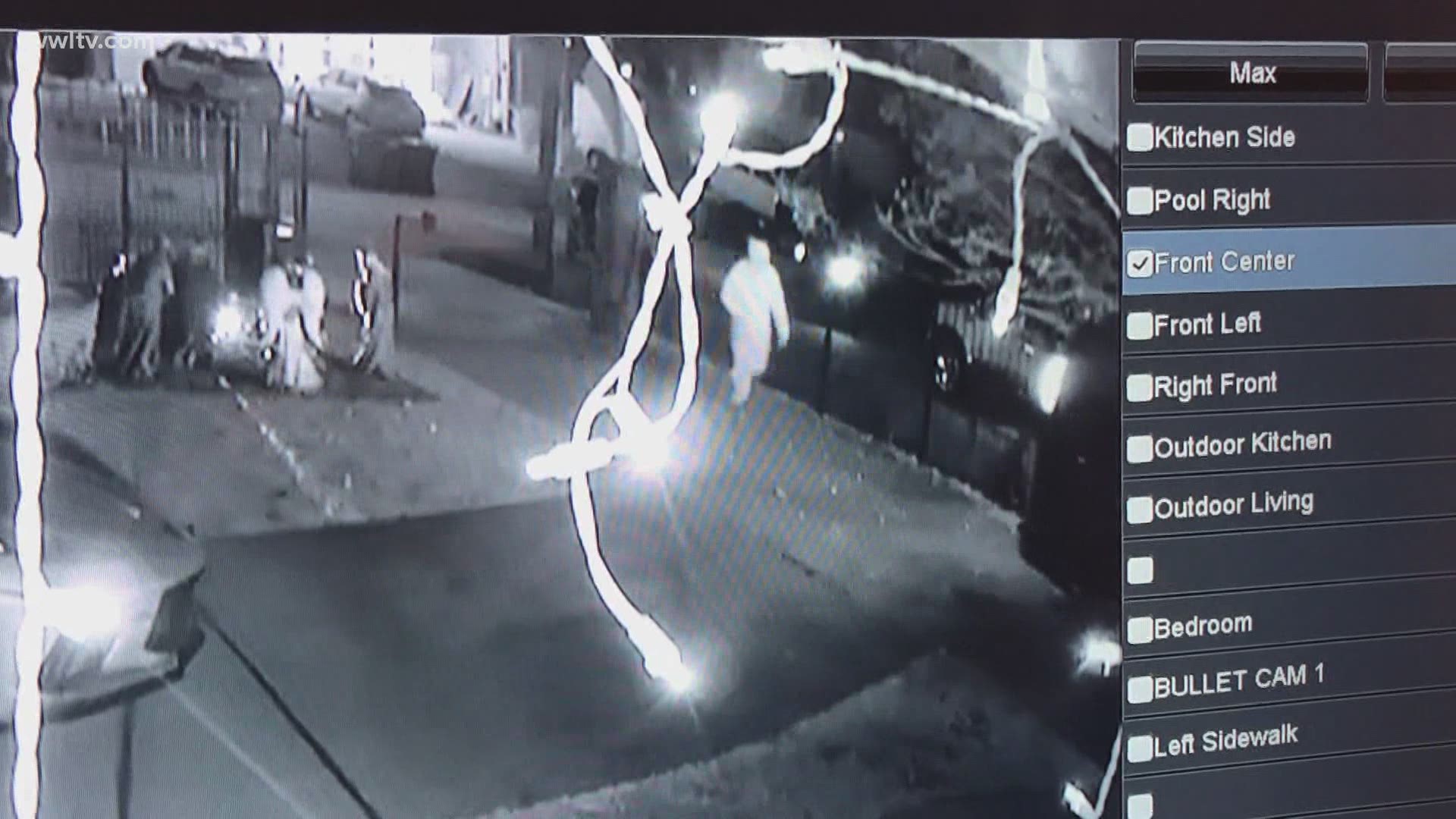 NEW ORLEANS — New Orleans police are investigating a shooting and attempted carjacking in the West End section of the Lakeview neighborhood.

The victim did not want to be identified. He told WWL-TV, he was backing out of his driveway in the 6100 block of Bellaire Drive shortly before 6, Tuesday morning, when he was approached by two masked men carrying guns.

“I put the driver’s window down to look out the mirror to back out of my driveway and I see these two guys with guns in my rearview mirror, coming up the side of my driveway,” he said.

The victim says he made a split-second decision to hit the gas.

“I totally floored it,” he said. “I didn’t know what else to do. I looked up and now their weapons are raised and they’re shooting at me. They shot three times. Once hitting the van and the other two, no telling where they hit. Thank God it wasn’t me.”

The man said his van stalled out as he was backing away from his attackers.

“I’m probably at this point 35-40 feet from them," he said. “I’m a sitting duck at that point. So, instead of them coming to me which I thought they certainly were going to do, they went to the getaway car, jumped in and took off.”

The victim’s home security cameras caught the entire crime on video. It also showed two men staking out his house for about an hour before the shooting.

Brandon Lirette, a neighbor down the street said his wife heard the gunshots.

“She thought it was fireworks,” Lirette said. “Now we’re hearing it was a shootout. That’s insane. It’s crazy. Sign of the times.”

Lirette was at a loss for how to prevent this kind of crime.

“We have gates and fences and dogs and cameras and security, it doesn’t faze them,” Lirette said. “They just keep coming.”

According to a NOPD spokeswoman, “We are investigating this incident.  We believe the perpetrator's vehicle may have been a silver or blue Honda.  Detectives are still gathering evidence.”

The victim said thank God he is still alive to talk about the crime.

“Every time they shot, it wasn’t a long time between shots at all, I remember thinking to myself, well, I’m not hit. I’m not hit. It was something, man.”