“I mean, it's funny now, but it was like the scene of a movie, with his … bike, breaking our lock, essentially. It flew off.” 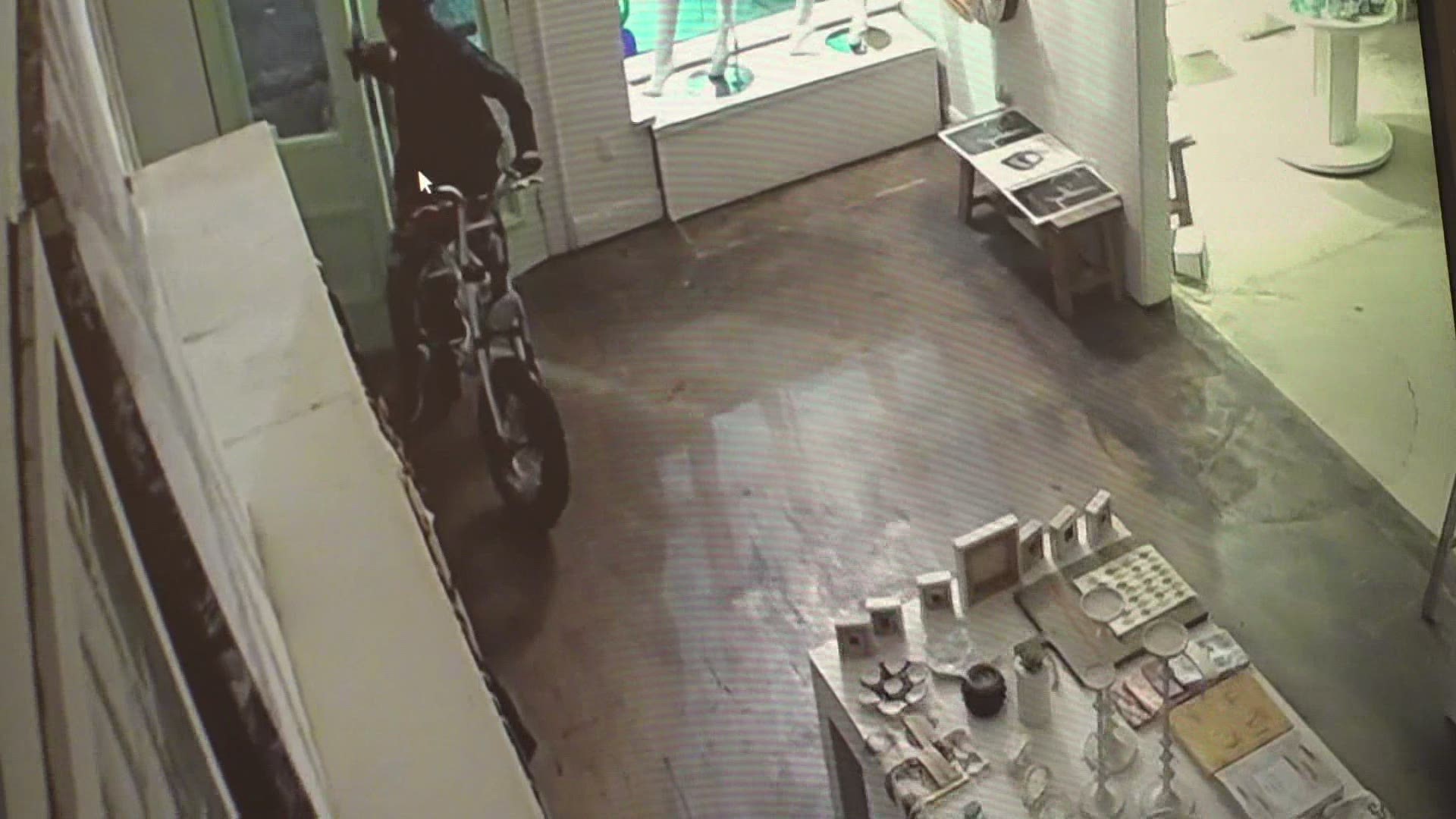 NEW ORLEANS — UPDATE: The NOPD on Thursday evening said officers arrested Joshua Daigle, 48, in connection with this burglary. Daigle was booked on charges including burglary and criminal damage to property, according to court records.

The doors were open and it was business as usual at Lucy Rose on Magazine Street Thursday.

How he got in surprised not just the store’s owner.

“Even when I showed the video to the cops, they were like, 'Can we see this again? Is this real life?'” said Lindsay Laws, Lucy Rose’s owner.

Video show the burglar burst through the doors on a bike.

“I mean, it's funny now, but it was like the scene of a movie, with his … bike, breaking our lock, essentially. It flew off.”

Surveillance video shows the man ride through the store before he goes for the cash drawer.

But he wasn’t gone for long.

“He came back at 6:30, I guess realizing no one came to check on the store,” Laws said. “The door was still open, and he proceeded to then steal merchandise quickly. He grabbed up a couple of things and then he fled.”

Taken were some sunglasses and clothes.

Thankfully, the small business didn't lose a day of business.

“This was a Saturday,” Laws said. “By 9:30 we were out of there, door secured. We opened up business as usual at 10 a.m. It was important that we opened.”

Just as important now, finding the person who did this. That's part of why the video is on the store's Facebook page.

“We actually got a lot of feedback,” Laws said, adding that some people said they recognize the man and his bike, leading to the hope that police might soon find him.

Laws says that's all she can ask for.

“The joke we posted was, 'We love our customers. We love when you come and visit us. But please visit us during normal operating hours.’”