The UNO car burglaries are the latest in a pattern across New Orleans in recent weeks. 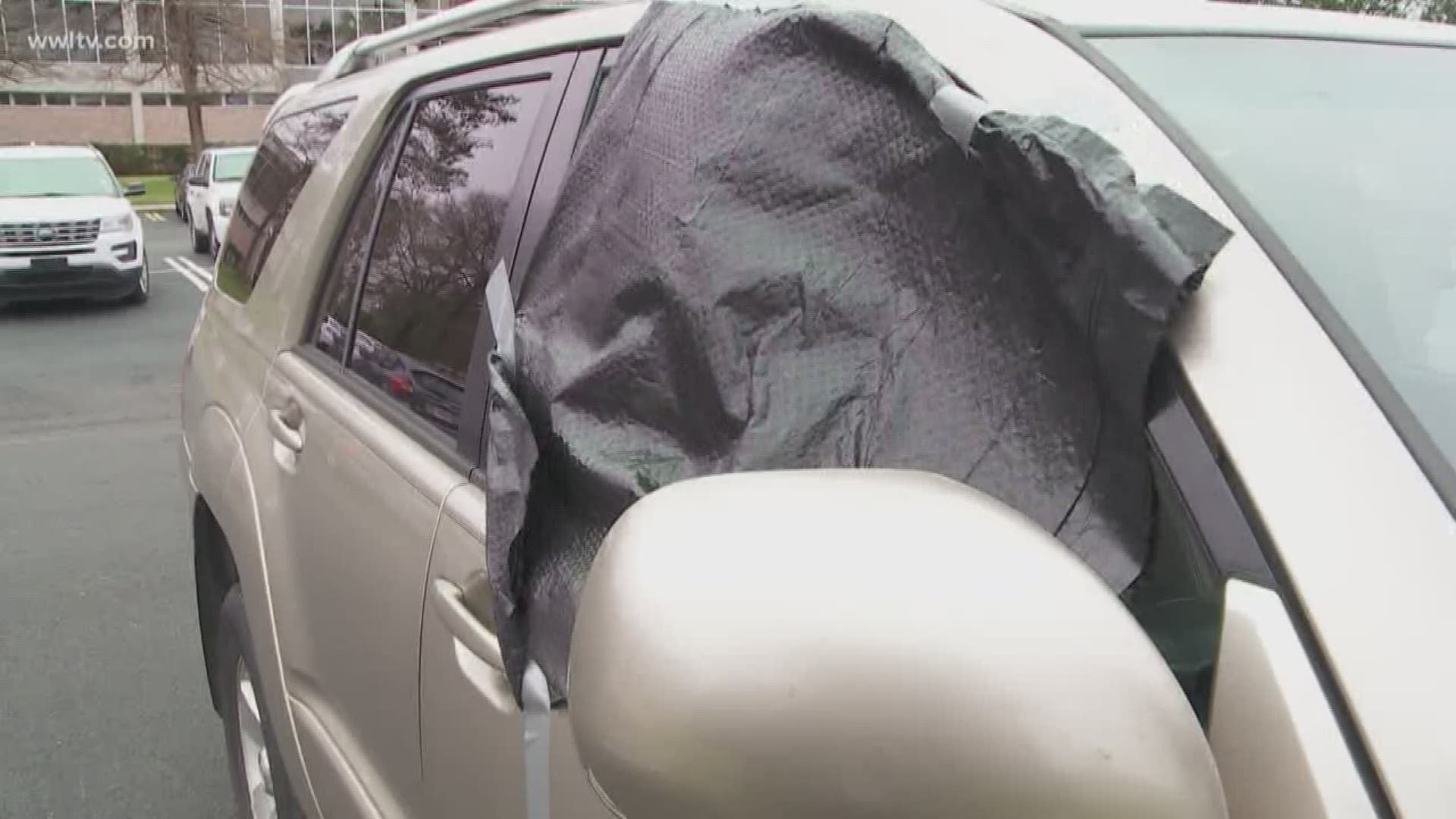 NEW ORLEANS — When UNO freshman Matthew Soliday got a text from his resident assistant Thursday morning, it wasn't good news.

"I walked out here and I saw everyone's window just smashed in," Soliday said.

His car, along with 34 others were all broken into hours earlier, around 1:30 a.m., leading to a day of frustration.

"We're already paying a lot in tuition, fees, books, everything and then on top of that our windows get broken into," Soliday said.

"I did the best that I could," said student Anna Bow as she tapped up her roommate's car.  "This is the second time this has happened to her and she's having to pay for it. She's a full-time student, a part-time worker, so this is coming out of her paycheck."

Bow says the first break-in was about two weeks ago, also on campus.

"We're fed up, you know, like we live here. We don't want to have to worry about that," Bow said.

It's all a familiar scene in New Orleans at churches, businesses and other schools, like last week when nearly a dozen cars were burglarized in a parking lot at Brother Martin High School, not far from UNO.

"It's just crazy," said student Alex Hawkins, who didn't have his car broken into but saw all the damage. "You never think anything like this could happen because we have campus police everywhere."

RELATED: Stolen SUV used in string of car burglaries before being stripped and abandoned

RELATED: Rash of car break-ins show no neighborhood is safe from crime

The university released a statement saying officers were patrolling campus at the time, and believes the presence of an officer prompted the suspects to leave. The university confirms surveillance video from campus caught the suspect's vehicle. That video is now in the hands of New Orleans police. Even with those patrols, students say their sense of security is being shattered with every window.

"UNOPD is constantly patrolling, but I mean there's about 25, 30 cars that got broken into, so it's like you were patrolling but yet this person had time to break into 30 cars," Bow said.

Student Stanley Parker says his car was soaking wet because of a busted window coupled with morning rain.

"They didn't actually take anything from me. They just riffled through my center console, ripped everything out of my glove compartment," Parker said. "It makes me a little nervous, you know.  I don't necessarily normally feel unsafe on this campus, but you know, it's a little bit nerve wracking."

After cleaning up the mess and trying to figure out what's next, for these students, they hope to put it in the rearview mirror and shift focus back to class.