Neighbors say it took police hours to get to the scene and in that time, the vehicle went up in flames. 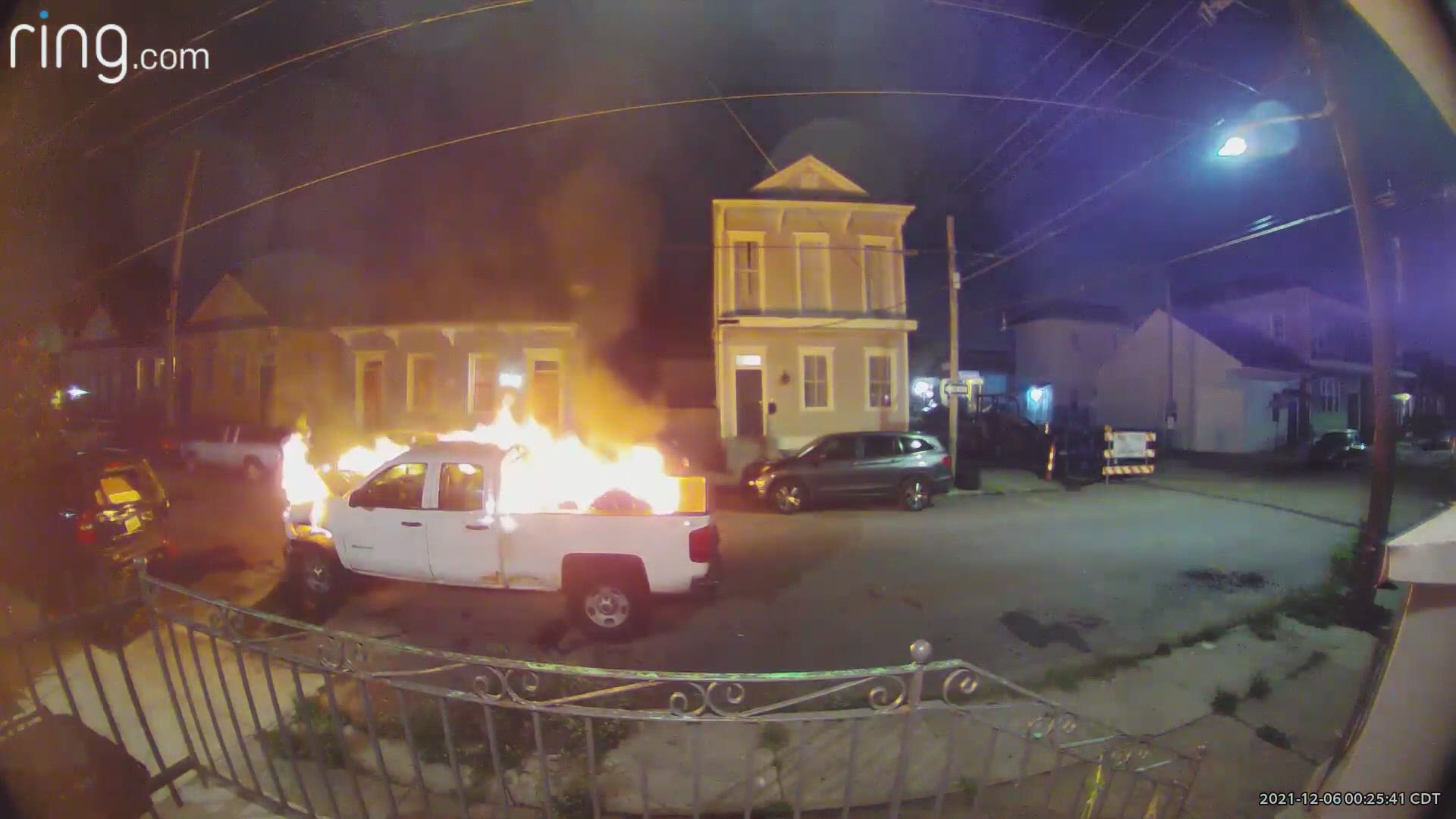 NEW ORLEANS — Alarming video shows the terrifying moments playing out in Tremé on Friday night after a white truck slammed into a black SUV parked along the 2500 block of Dumaine Street.

The people inside the truck got out and ran off after crashing, but it didn’t end there, according to neighbor Meagan Martinez.

“About two and a half, three hours later the person who hit the car came back and set the car on fire," she said.

After the truck went up in flames, Martinez thought the fire was going to spread to her home.

“It was terrifying. It was exploding. The tires popped and it was really scary,” Martinez said. “I thought my house was going to catch on fire. We couldn’t get outside. We don’t have a back gate. I have pets, three dogs and two cats and I thought we were all going to die.”

The New Orleans Fire Department got there and put out the flames. No one was hurt, but Martinez is upset because she said she called police after the initial hit and run, long before the car was set on fire.

“How long do you think it took them to get there?” reporter Paul Dudley asked.

“Three hours, three and half hours,” Martinez said. “I am pretty confident had they come when the original hit and run happened it wouldn’t have caught on fire.”

Martinez says police told her the call did not get elevated from a hit and run to an arson call, causing the delay. She fears it could have been a lot worse.

“It was terrifying because we were afraid after the fire had been put out that they were going to come back,” Martinez said.

We reached out to the NOPD. They say detectives are working with arson investigators, but could not provide many other details.