Three of the workers sustained minor injuries, but one man was sent over the side of the bridge and into the river below. 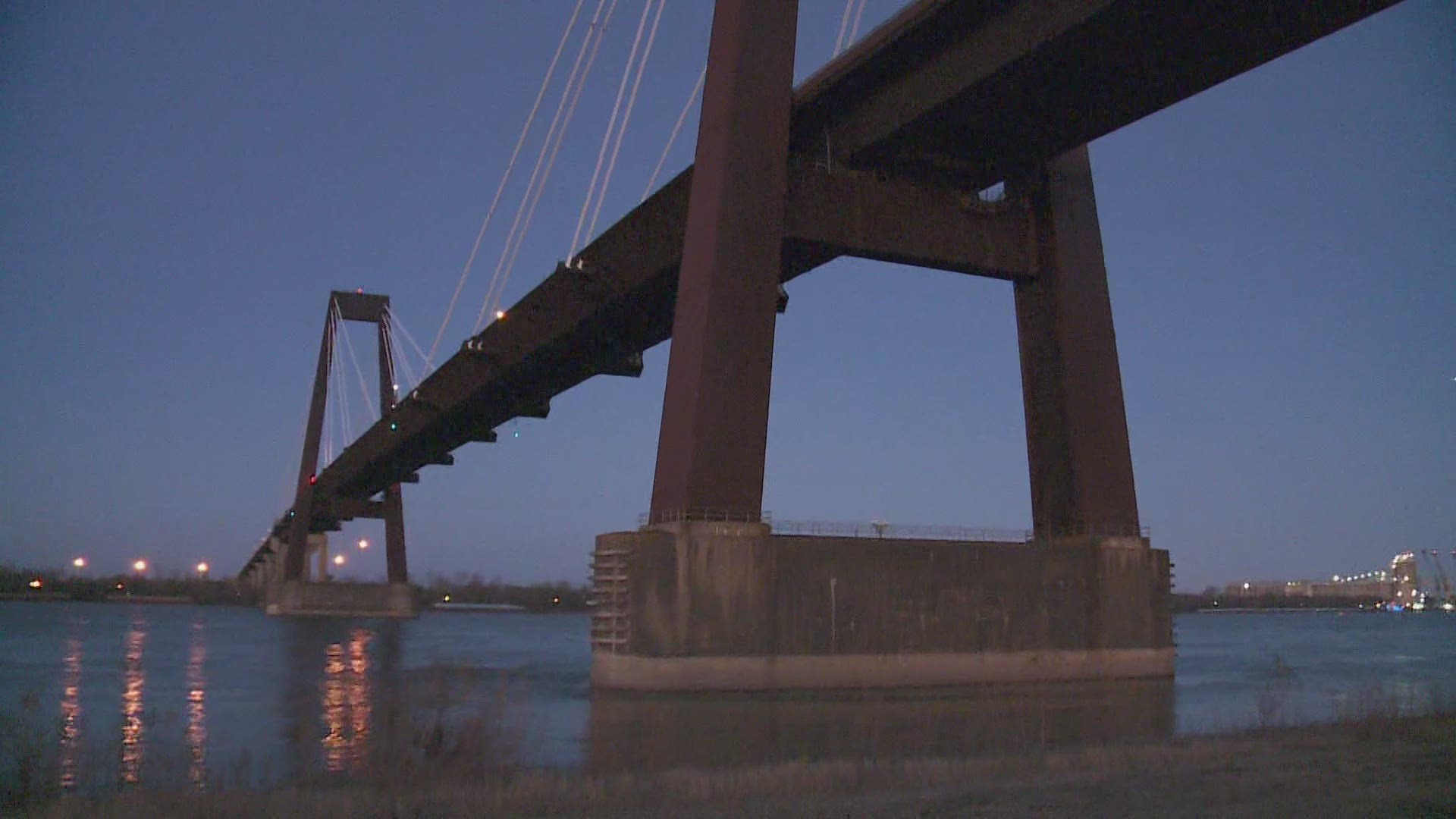 DESTREHAN, La. — The Coast Guard is searching for a missing construction worker who went over the I-310 Hale Boggs Memorial Bridge in Destrehan Thursday morning after a hit-and-run truck crash.

According to the Louisiana State Police, a Ford F-150 crossing the bridge side-swiped the construction crash truck, which is meant to protect construction workers from traffic. The truck then went into the construction area and hit four workers, and the driver ran off.

Three of the workers sustained minor injuries, but one man was sent over the side of the bridge and into the river below.

The Coast Guard said it was notified by local and state police and sent out a boat crew and helicopter crew to search for the man. A boat crew was out into the afternoon Thursday, closing marine traffic along the Mississippi River from mile marker 93.5 to mile marker 121.

State Police say they are doing background and DNA testing on the truck left at the scene, and believe they know who the driver is. They say they’re hoping to have that person in custody “sooner rather than later.”

The Coast Guard has not put a time limit on the search for the missing construction worker. He has not been identified, pending notification of family.