If someone has the album, or knows anything about the album, they can drop it off with any bartender at Les Bon Temps "no questions asked." 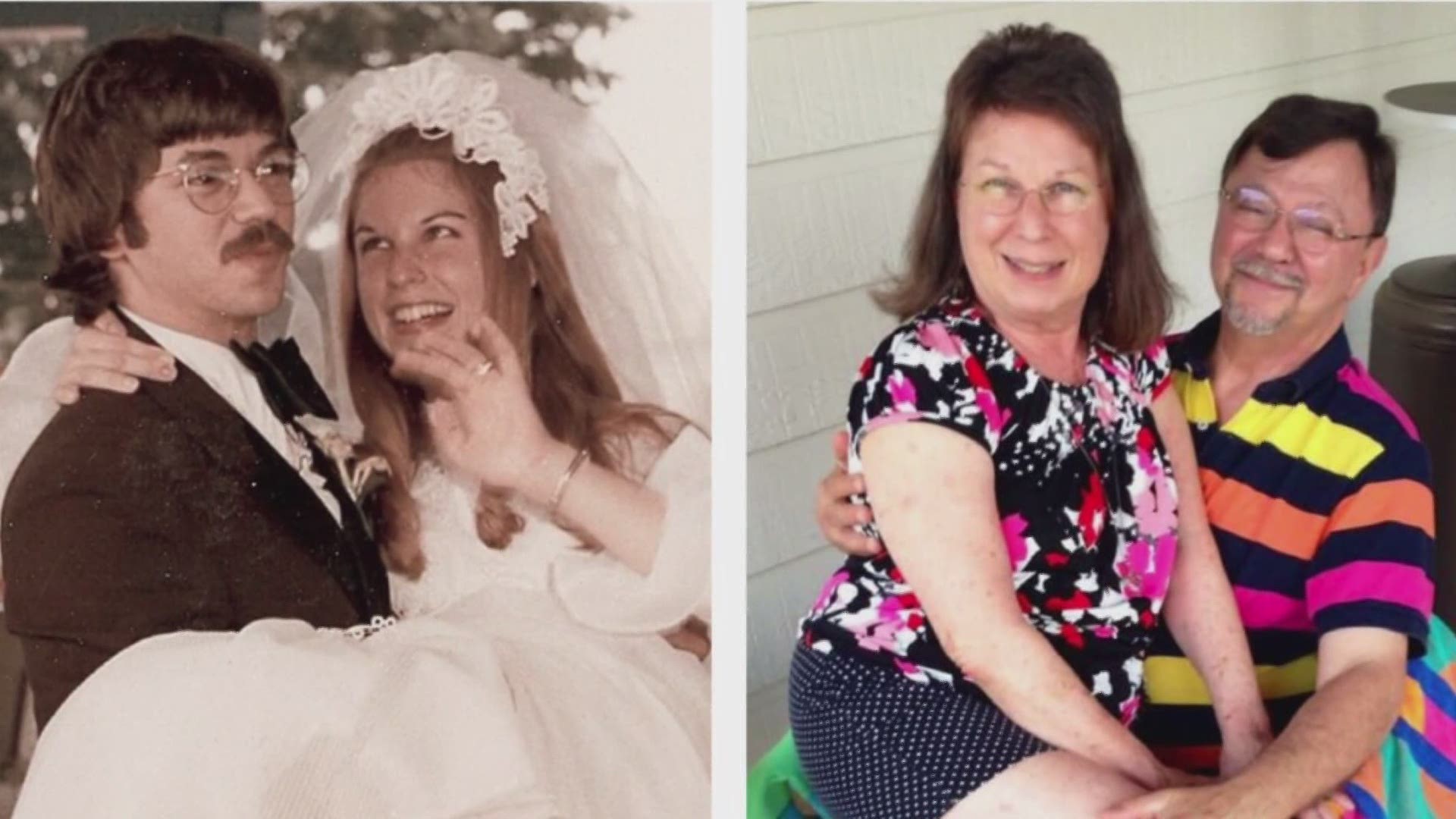 NEW ORLEANS — A special trip to New Orleans took a devastating turn when Gary and Sandra Fidelman’s car was stolen in broad daylight.

The car can be replaced, but something inside it is one of a kind.

It happened Saturday around 4 p.m. in front of the Le Bon Temps Roule bar Uptown. The couple and other family members had gotten out of their 2014 red Toyota Highlander when a woman pulled up next to them.

“She was screaming obscenities at me,” Gary said.

They didn’t realize someone had jumped in their car and took off.

“He floored it and it squealed. He almost hit somebody because he just hit the accelerator,” Sandra Fidelman said.

“I wasn’t prepared for it, I didn’t expect it and we were supposed to be in a safe location,” Gary said.

The couple is, of course, upset about what happened to their car, but what’s truly upsetting is what was inside the vehicle. They fear their wedding album from 50 years ago will be gone forever.

“It had pictures of all the people who attended our wedding and after 50 years, a lot of those people aren’t alive anymore,” Sandra said. “It’s a treasure we were going to pass down to our children.”

They do have a few digital copies of photos, including this one that’s on the car’s trailer hitch.

But most of them are now just memories. Despite what happened, the Fidelman’s say they’re looking ahead.

“We’re fine,” Gary said. “This didn’t break us. We’d like to that wedding album back in particular because our kids want to have it so much.”

If someone has the album, or knows anything about the album, they can drop it off with any bartender at Les Bon Temps in a bag or leave a tip in an envelope "no questions asked."