DA: Man confesses to serial killings of 4 women in New Orleans 10 years ago

Joseph Brant had previously pleaded guilty to one of the killings and was awaiting a life sentence. This past week he confessed to 3 other killings in New Orleans. 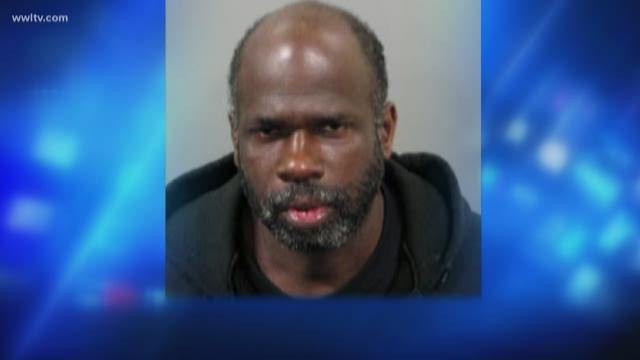 A 48-year-old man has confessed to the killings of four women in New Orleans during an 11-month period between October 2007 and September 2008, the Orleans Parish District Attorney's Office said.

Joseph Brant had previously pleaded guilty to the Aug. 11, 2008 killing of botanist Jessica Hawk inside of her Bywater home.

He was indicted Thursday by an Orleans Parish Grand Jury on three additional counts of first-degree murder.

Brant, who was scheduled to serve a life sentence for Hawk's killing after finishing a prison sentence in Texas on burglary charges, confessed to three other unsolved killings in New Orleans in exchange for a promise that the death penalty would not be sought. In addition he will serve out the rest of his sentence in a Louisiana penitentiary.

The District Attorney's Office said Brant made the confession in an interview with DA's Investigator James O'Hern after waiving his Miranda rights.

The other killings that Brant confessed to were:

- The first-degree murder of Jane Doe, on Oct. 17, 2007. This victim, an unidentified suspected prostitute, was found burned beyond recognition inside a charred stolen car abandoned in a secluded area near train tracks under the Almonaster Avenue bridge. Brant confessed to soliciting the woman for sex, threatening her at knifepoint when she would not comply after being paid, then strangling her while he attempted to rape her. Brant said he poured gasoline on the victim's body and set it aflame to prevent his identification and destroy evidence at the crime scene.

- The first-degree murder of Jody Johnson, on Jan. 11, 2008. Johnson, another suspected prostitute, was found shot to death and burned post-mortem in the 3600 block of Piety Street. Brant confessed to seeing the woman walking in the 7th Ward, soliciting her for sex, driving her to the abandoned block and forcing her to perform oral sex with a gun to her head. Brant said he then forced Johnson out of the car into an overgrown vacant lot where fatally shot her in the head before he poured gasoline and set her body on fire.

- The first-degree murder of Kirsten Brydum, on Sept. 27, 2008. Brydum, a 25-year-old social activist from San Francisco on a volunteer trip to New Orleans, was robbed of her bicycle and tote bag and found shot to death in the 3000 block of Laussat Place in the Upper 9th Ward.

The DA's Office said Brant provided details of the killings that had not previously been made public and which only could have been known by the killer.

"This confession and indictment are the first steps toward bringing long-delayed justice to this defendant's victims and their families," District Attorney Leon Cannizzaro said. "The expected guilty pleas and mandatory life sentences that will follow cannot bring back the loved ones, but hopefully can provide some degree of closure for these grieving families."

Authorities in New Orleans are working with Texas officials to secure the immediate extradition of Brant here to face the charges.