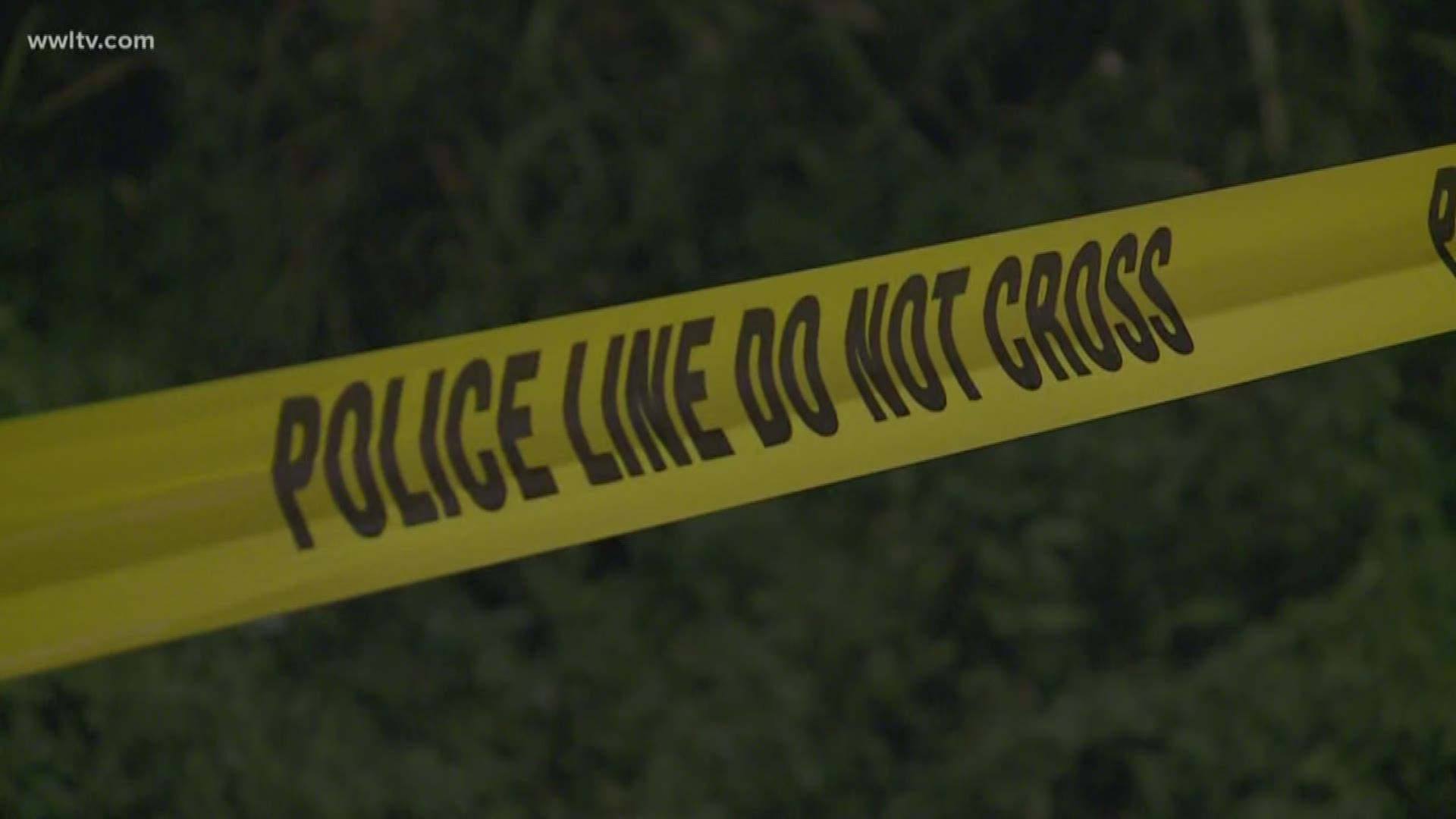 NEW ORLEANS — It was an incredibly violent weekend in New Orleans. More than a dozen people were shot and three died after shootings in five different neighborhoods from Friday to Sunday.

Five known shootings and yards of caution tape characterized a violent weekend in New Orleans. The crime scenes -- in Mid-City, Central City, the Bywater, Desire and New Orleans East -- were scattered across the city much like the dozens of shell casings left behind Friday night when six people were shot driving through a bustling intersection near City Park.

First, around 5 p.m. Friday evening, a 41-year-old man was shot as he was walking on Terpsichore Street near South Liberty Street, NOPD reports show.

A few hours later, at 8:30 p.m., another man was shot, this time fatally. In that incident, police responded to the 4700 block of Lynhuber Drive in New Orleans East, where they found an unidentified man unresponsive in a vehicle with multiple gunshot wounds.

He was pronounced dead on the scene.

About two hours later, six male victims ranging from ages 16-21 were shot in a car as they were driving on City Park Avenue near Canal Boulevard in Mid-City.

Neighbors near that scene said someone fired a barrage of bullets from a black sedan that was apparently following the victims' car not far from a busy bus stop around 10:30 p.m.

"Just about 30-40 gunshots, they all happened really rapidly and a couple of seconds after that there was just burning rubber and tires squealing off. It sounded like they got out of there pretty quickly,” resident Jordan Stirling-Eakin said.

Cornelius Smith, who turned 17 earlier this month, was the one victim who died on the scene, according to NOLA.com. Four other juveniles in the car were shot and wounded, as well as a 21-year-old man. They were taken to the hospital via ambulance, where their conditions were not made available.

Smith was a student at International High School of New Orleans. Family friends said he cared about his education and had to plans to attend college after graduating, NOLA.com reports.

“All of us at International High School of New Orleans are deeply saddened by the loss of our student and friend Cornelius Smith. Our thoughts and prayers go out to his family and everyone affected by this unfortunate event. IHNSO will have grief counselors available this week to help our students cope with this tragedy," said Sean Wilson, Head of IHSNO.

The shooting happened shortly after the Jesuit High School vs. Helen Cox High School football game at nearby Tad Gormley Stadium but NOPD officials did not confirm if the victims had attended.

Witnesses near the incident said it looked like a targeted attack that happened within blocks of multiple bars and restaurants. An employee working at one establishment said patrons sitting outside heard the gunshots and ran into the bar as her manager locked the door.

Next, on Saturday morning, four people were shot in the St. Claude neighborhood. Police first learned about that quadruple shooting around 9:10 a.m. when they responded to the intersection of Poland and Saint Claude avenues.

Two of those victims were taken by private vehicle to a hospital, and one of them suffered a graze wound. Information about the fourth victim was not released, nor were the conditions of all four victims.

According to initial reports, police arrived in the 3400 block of Louisa Street near Higgins Boulevard and found two people had been shot there. They were rushed to the hospital, where one unidentified victim later died.

NOPD officials said investigations were opened into the attacks and no further details, including potential suspects or motives in each incident, were released.

The names of the deceased victims will be released by the Orleans Parish Coroner after proper notification of their families.

Anyone with information on any of these crimes is asked to call Crimestoppers with tips at 504-822-1111.