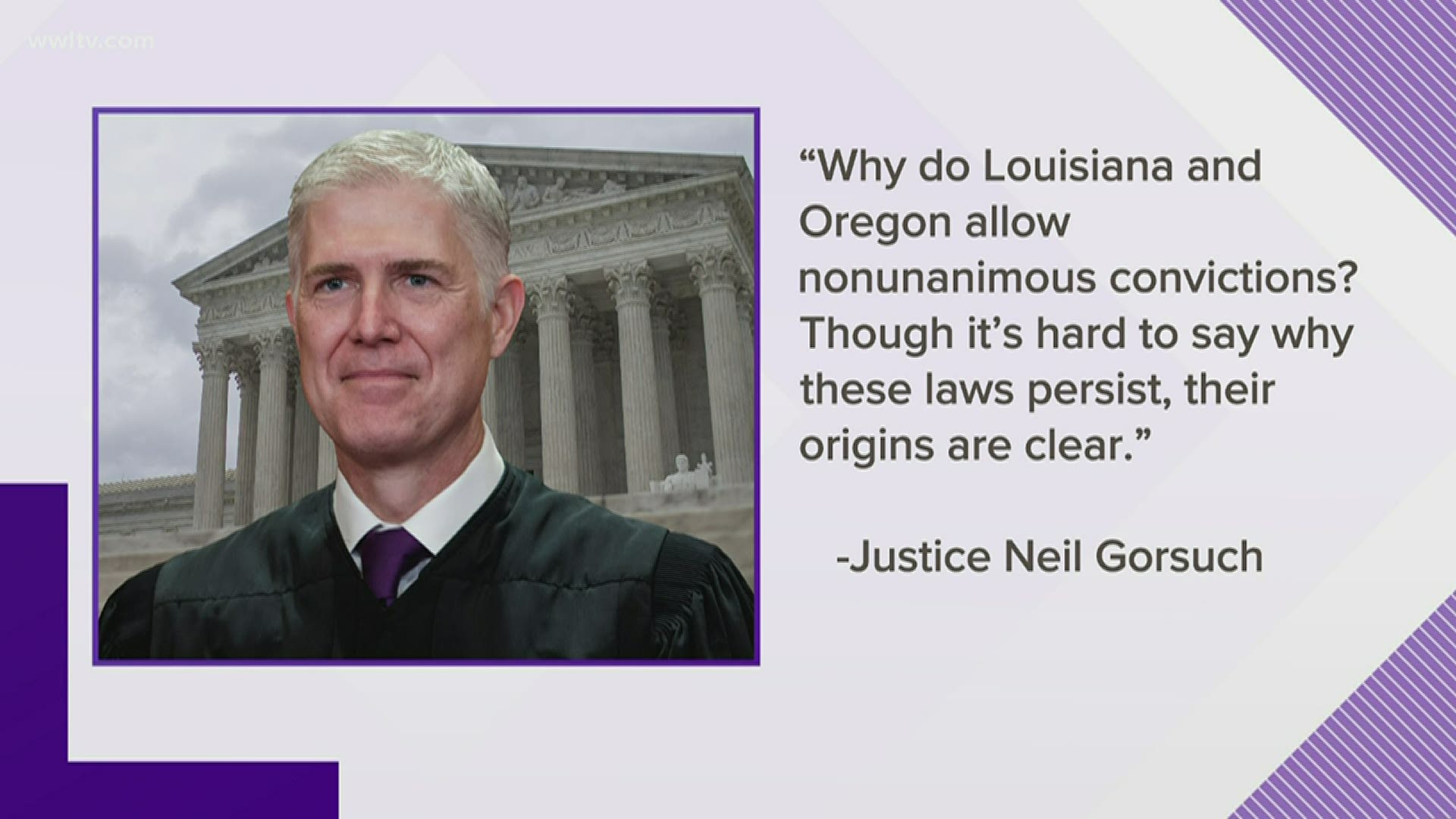 You can expect a new trial in the deadly shooting case of former New Orleans Saints defensive end Will Smith.

That prediction is rooted in the opinion United States Supreme Court handed down on Monday. A majority of the justices decided that defendants in serious crimes can only be convicted by a unanimous jury.

The high court’s decision came after the justices reviewed a New Orleans case involving Evangelisto Ramos. His attorneys challenged his murder conviction in the 2014 stabbing death of Trinice Fedison. Ramos’ team argued anything short of a unanimous jury verdict for this crime violates his constitutional rights. WWL-TV legal analyst Chick Foret boiled down the opinion.

RELATED: Ronald Gasser gets 30 years in killing of Joe McKnight

RELATED: Cardell Hayes sentenced to 25 years for fatal shooting of Will Smith

Back in 2018, Louisiana voters approved a measure to eliminate a Jim Crow era law that allowed felony convictions to move ahead, as long as 10 of 12 jurors agreed. At the that time, only Louisiana and Oregon had such a law in place. Many viewed that law as racist and a majority of the Supreme Court justices seemed to agree.

“Why do Louisiana and Oregon allow non-unanimous convictions? Though it’s hard to say why these laws persist, their origins are clear,” said Justice Neil Gorsuch.

Foret says Monday’s opinion applies to any defendant that has not exhausted all possibilities of appeal. He estimates about 44 previously convicted criminals in Louisiana will likely appeal. When they do, prosecutors will have a new challenge of convincing all jurors, instead of just 10.