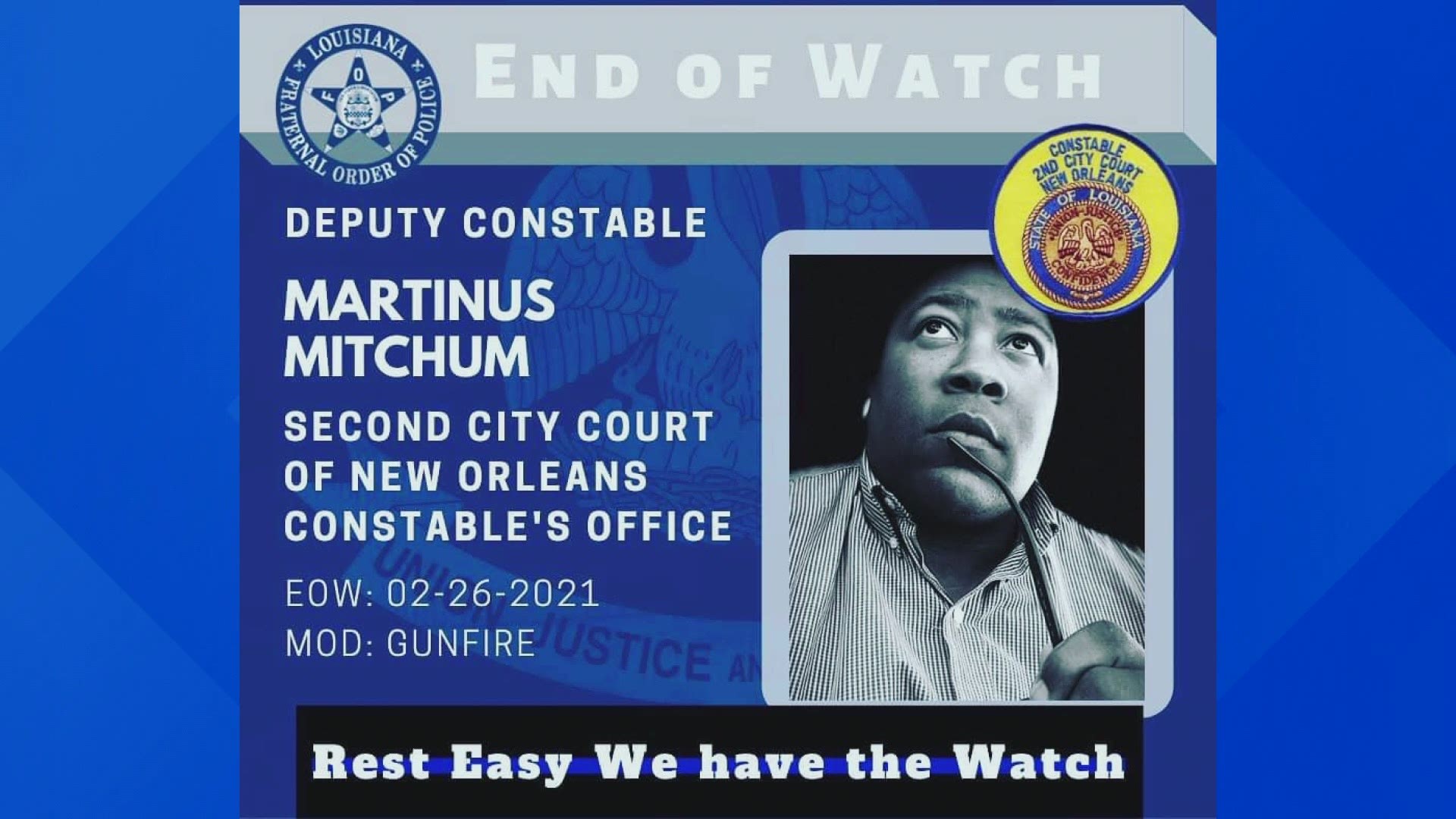 NEW ORLEANS — A Tulane University Police officer killed while working security at a high school basketball game is being remembered by the police community.

One woman on Facebook said she was devastated about the killing of her friend. She wrote, “He was such an advocate for young people and such a good man. My heart is broken”. Slidell Police sent prayers out to Mitchum.

The police department said he was a graduate of their basic reserve academy, class #20.

Livacarri represents the Fraternal Order of Police here in New Orleans. He said the murder of Corporal Mitchum is a reminder of how the dangers in policing can often be found in the most mundane settings.

“That danger is present when that officer stops at the grocery store on his way home from work, you just never know what is going to be waiting for you around the corner,” said Livacarri.

On Friday night, as a basketball game was taking place at Carver High School, Corporal Mitchum was working a security detail. According to New Orleans Police, the suspect tried to get into the building but got into an argument with a school worker.

That’s when investigators said Mitchum got involved, trying to remove the suspect from campus and got shot in the process.

“This individual fired a shot that struck the officer in his chest. The officer was relocated to UMC where he later expired,” said New Orleans Police Superintendent Shaun Ferguson.

Tulane University issued a statement on Corporal Mitchum’s death saying in part “We are deeply saddened by the senseless and tragic death of TUPD Corporal Martinus Mitchum. Corporal Mitchum was a dedicated police professional who had a heart of service for the Tulane community.”

The suspect, John Shallerhorn is in the Orleans Parish Jail, booked with first-degree murder of a police officer. In addition to working at Tulane, Mitchum was also a reserve officer with the 2nd City Constable’s office. He previously worked for the Loyola Police Department. His growing police career cut short while working a basketball game.