Seven people are dead after a week of gun violence in New Orleans. Families of the victims are calling for a ceasefire. 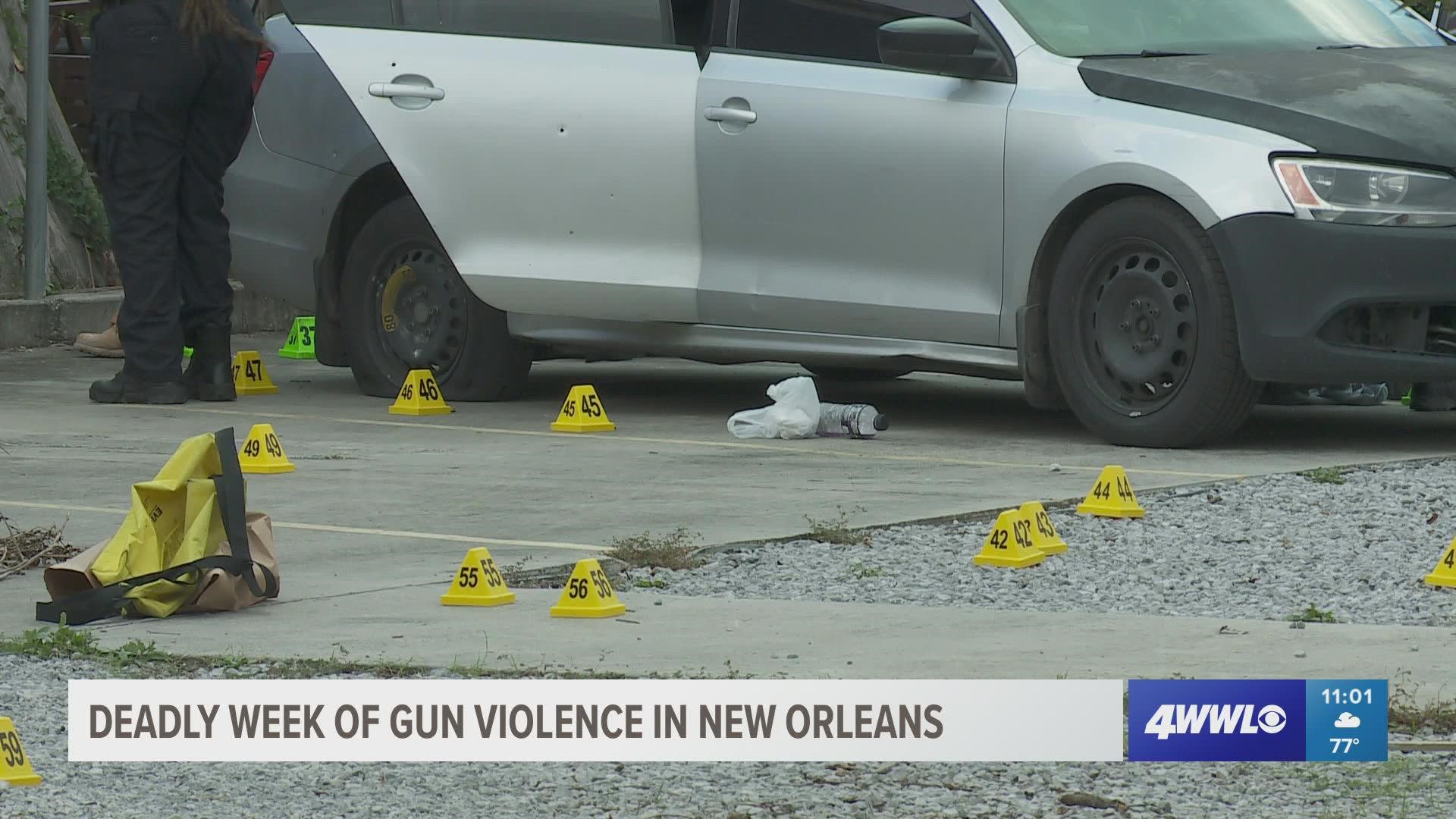 NEW ORLEANS — After a week of violence resulting in more than 20 victims and numerous deaths, it is now the families and loved ones who are picking up the pieces.

"It's not a lot of life enjoyment going on right now," said Todd Reynolds, Executive Director of Groundwork New Orleans.

Seven people are dead after a week of gun violence in New Orleans.

The first victims in a string of multi-victim fatal shootings to happen this week took place outside New Shiloh Missionary Baptist Church.

On Wednesday, four men were working on a drainage project near the church when they were shot at.

"This is my 15th student lost," Reynolds said.

The 19-year-old and 25-year-old were employed by Reynolds with Groundwork.

He says they were on the right path when this tragedy struck.

On Saturday, a candlelight vigil was held in their honor. Dozens of community members and loved ones attended.

"This is a testament to who those young men were. I mean when the bullets rang out this community and the folks that you're seeing. They were the first people to run over and help my guys," Reynolds said.

Unfortunately, this tragedy was the first in a long week of violence.

Thursday night, four people were shot in Central City, one of those people died.

In a separate shooting on Thursday, three people were injured.

A third shooting happened Thursday night in the Gentilly Terrace area, ending in the death of 20-year-old

And on Friday night, yet another shooting. This time on Canal street, three people were injured in the crossfire.

"Every time I see someone been murdered on the streets the first person I think about is the mother," said Michelle Jackson.

For Jackson that pain is all too familiar.

"They took my child from me. Senseless violence. My baby was shot 15 times," Jackson said.

Her son, Walter, was murdered in 2015 while sitting in his car.

Saturday, she joined a dozen other mothers who have lost their children to gun violence. The group, A Mother's Cry, held a dinner to support each other through crises like the ones happening all over the city this week.

"These ladies behind me, we going to make it. The road is rough, oh yes, but I wouldn't wish this on my worse enemy to lose a child is a hard pill to swallow," Jackson said.

A community torn apart by years of gun violence continues to plead for change.

"Put the guns down. Stop the violence. Stop killing one another," Jackson said.

"People are just hurting and struggling so we have to find a way to keep touching people keeping people busy with meaningful work and meaningful opportunities so they can feel about themselves be productive and just enjoy life," said Reynolds.

If you or someone you know is interested in working with Groundwork, you can learn more here. It is not an at-risk program, and anyone is welcome to sign up. It is a positive pathway for youth and young adults.

If you know anything about any of these violent incidents you are to call the police. You can report anonymously to crime stoppers at 504-822-1111.