“Eight months later we are still trying to wrap our minds around this. It’s unimaginable to us. 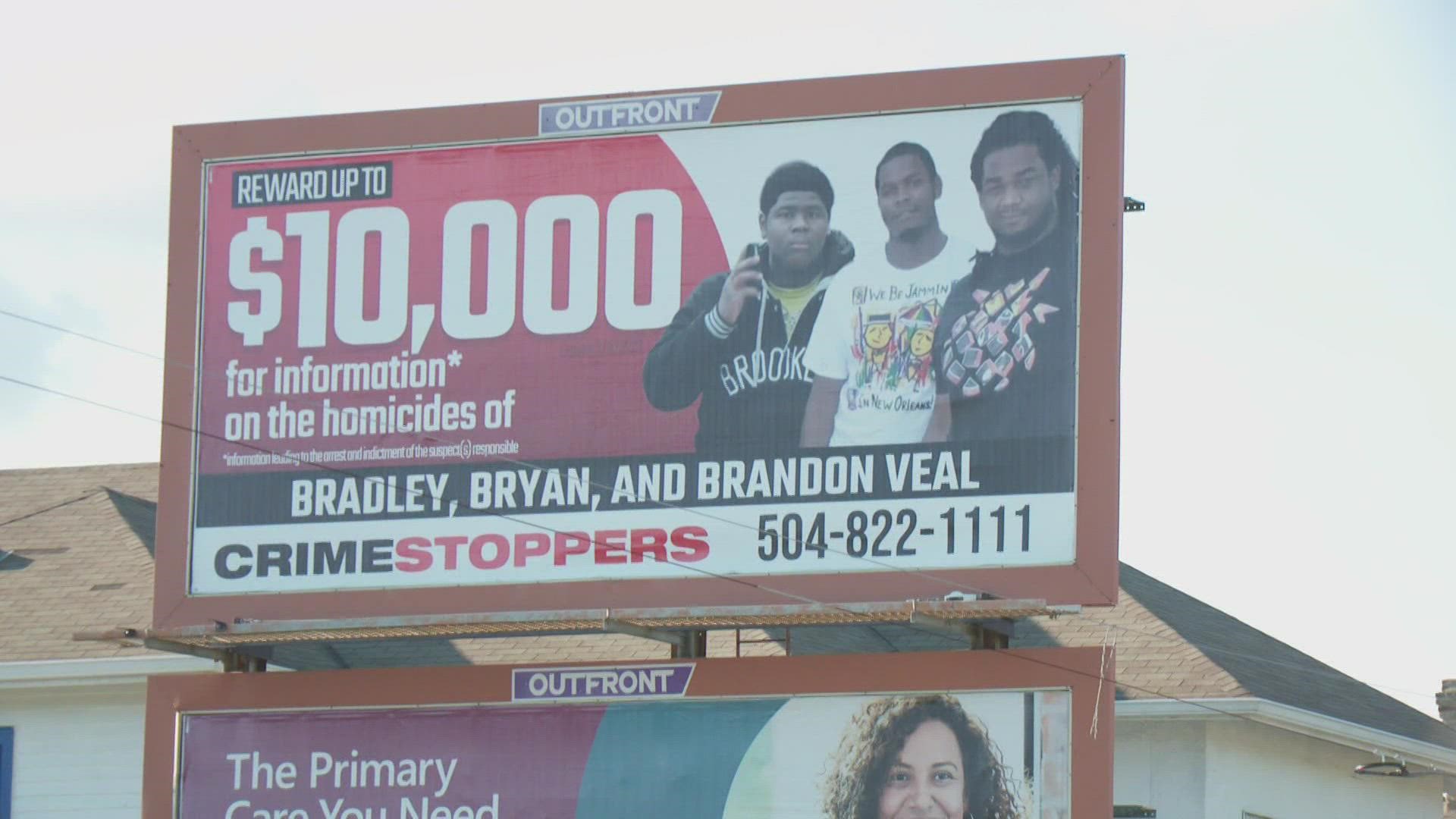 NEW ORLEANS — On the coroner of Louisiana Avenue and Baronne Street in New Orleans, three faces look down from a billboard.

“They loved their family and their family loved them dearly. They were each other’s best friends,” said Crimestoppers CEO Darlene Cusanza as she read a statement from the Veal family.

The faces on that billboard are of three brothers, Brandon, Bradley and Bryan Veal, murdered within a week of each other back in February. Their cases are unsolved.

“We will not give up. We will not stop,” NOPD Chief Shaun Ferguson said.

New Orleans police hope the donated billboard will be a visual reminder, leading to new information.

Home security video caught the sounds of at least 30 gunshots back on Feb. 20 at the intersection of Carondelet and Eighth Streets.  Those gunshots killed Brandon and Bradley Veal. Their murders were a week after their middle brother, Bryan, was shot and killed eight blocks away near Loyola and Washington Avenues.

“It’s horrible to lose all of your kids in one week,” said Cusanza as she continued to read the Veal family statement. “Eight months later we are still trying to wrap our minds around this. It’s unimaginable to us.

This could be any family standing here together in our position and we wish that no other family walks in our shoes.”

For now, this is the only billboard, placed strategically in a community where police believe someone has information. The faces of the Veal brothers will look down for two months.

“What we need you to do is to come out and make a difference in stopping these types of actions,” Cusanza said.

As a family begs for closure, Ferguson worries without community support, these murders and others may never be solved.

“We’re begging and pleading with the citizens of New Orleans to give us something that we can follow up on,” Chief Ferguson said.

Police say the right tip can make all the difference and bring peace to a suffering family and community.