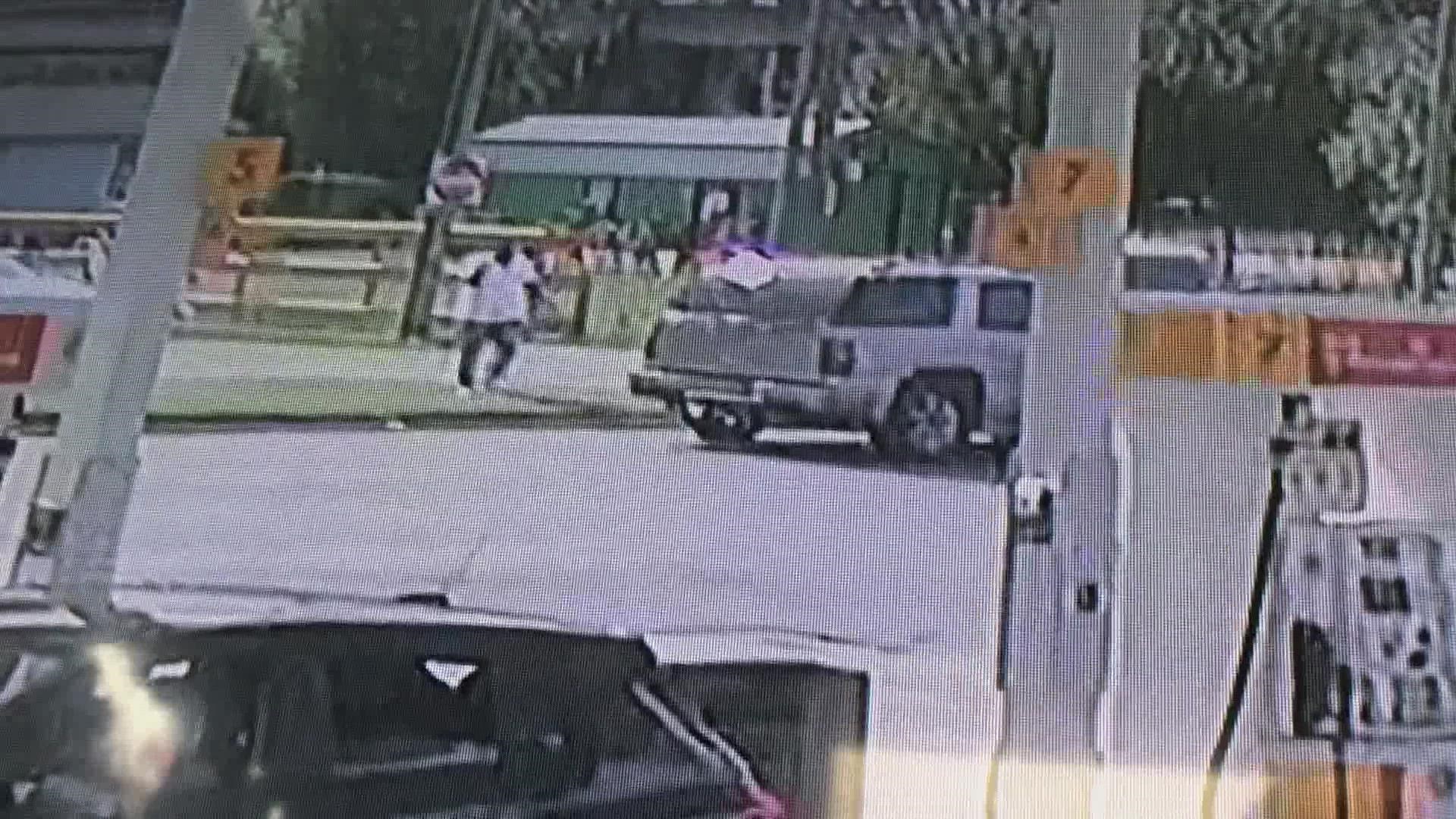 NEW ORLEANS — Surveillance video obtained by Eyewitness News shows what happened just before the deadly shooting in the Gentilly Terrace neighborhood Thursday morning. The alleged gunman and the victim were both employees of the Sewerage and Water Board of New Orleans.

“It was cold-blooded you know,” said Jerome Bias who witnessed what happened.

It happened just before 10 a.m. at the intersection of Franklin Avenue and Sage Street. Surveillance video shows a truck and SUV approach each other from opposite directions on Franklin Avenue. One appears to block the other from making a turn. The driver of the truck gets out and walks to the driver’s side of the SUV.

“You just can’t be running up on people’s cars like that,” said Bias. “The guy walked up to his door. They went to arguing. Next thing you know, in less than a minute, boy come with the gun and shot him like three or four times right quick. That was that.”

Police said the unidentified victim was shot in the chest and taken to the hospital where he died. Bias said the alleged gunman, who police identified as 31-year-old Damon Rideau, called police and stayed there until they showed up. Bias says he couldn’t believe what he saw.

“I got nervous because sometimes people shoot the witness,” said Bias.

The Sewerage & Water Board of New Orleans confirms both men were current employees and an “internal investigation” is underway while “cooperating with NOPD.” Police have not released a motive for the shooting but after questioning Rideau, charged him with second-degree murder.