The victim told police the armed robber jumped onto the hood of his food truck before the victim shot at him one time. 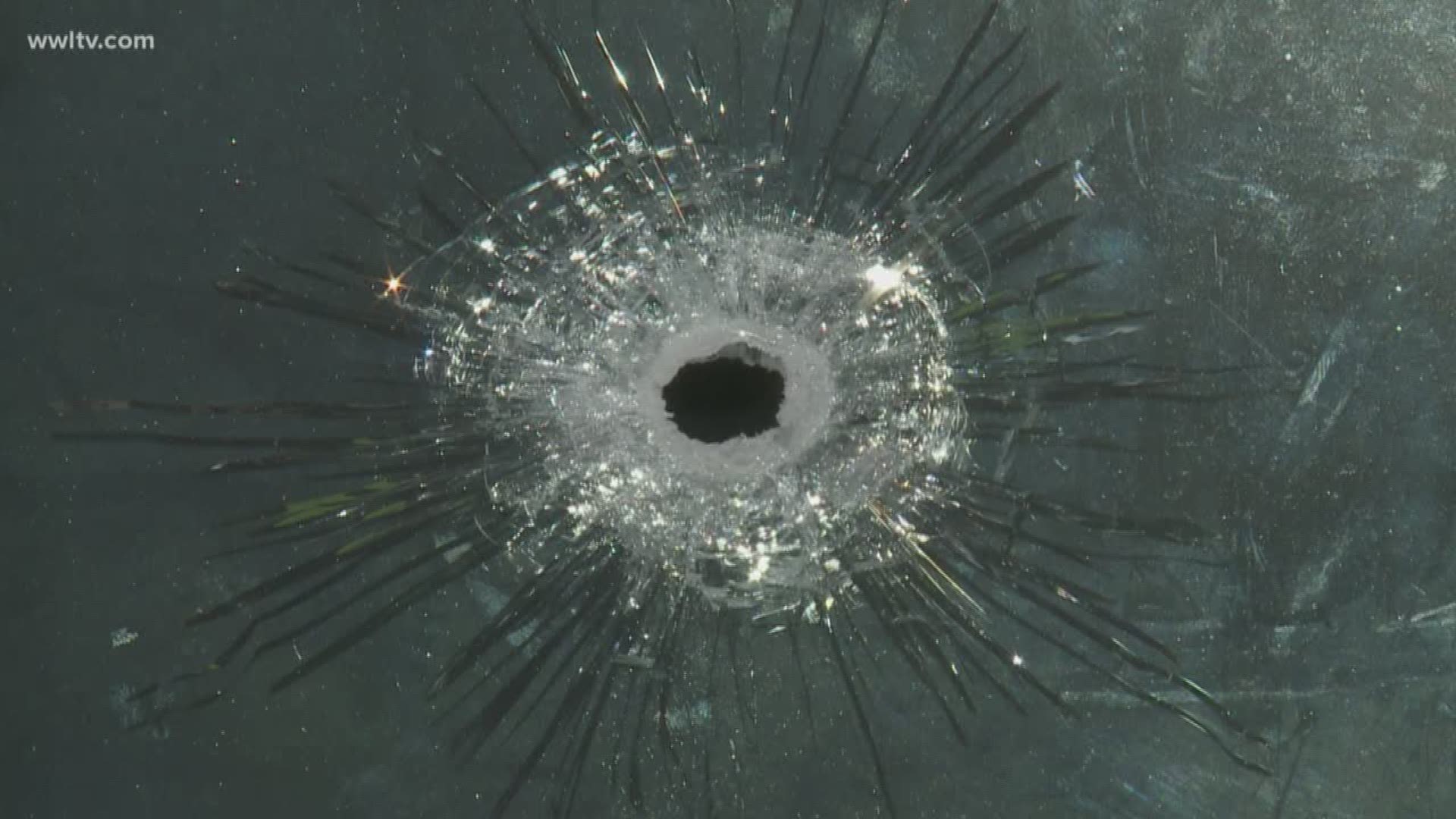 NEW ORLEANS -- A bullet hole remained in the front windshield of the Thai D-Jing food truck in Algiers Thursday.

The Thai food truck, which was parked in the 200 block of Morgan Street Wednesday night, was about to be robbed for a second time in just over a week, by the same man, according to owner Jeersak Boonlert.

According to an initial police report, after closing down for the night, the 37-year-old Boonlert recognized someone who robbed him last week approaching his truck. The victim locked the doors, but the alleged robber tried to open them before jumping on the hood of the truck and pulling out a gun.

The robber was not hit and none of the three people inside of the food truck were hurt either. However, the pair of incidents has Food Truck Coalition President Ericka Lassair worried.

"It's a scary situation because we're all doing jobs at night," said Ericka. "I have a gun, but I don't carry it and now it makes me want to carry it, but who wants to use it?"

"I would not say food trucks all around the city have to worry about this," he said. "I would say this was a crime of opportunity."

Thai D-Jing is usually open four nights a week for dinner, but after the robbery on March 14 and the attempted robbery on March 21, the owner says he is only going to serve lunch for a while.

An initial police report said the same truck was robbed last Wednesday night while parked at the same location. In that robbery, the victim said an armed man stuck his head into the driver's side of the truck. The man reportedly threatened to shoot employees if they did not give him money. The employees did, and police say the man ran away.

Anyone with information about this attempted armed robbery is asked to call Crimestoppers at (504) 822-1111.