Marie Sally Dufrene was taken into custody and charged with obstruction of justice in the case. 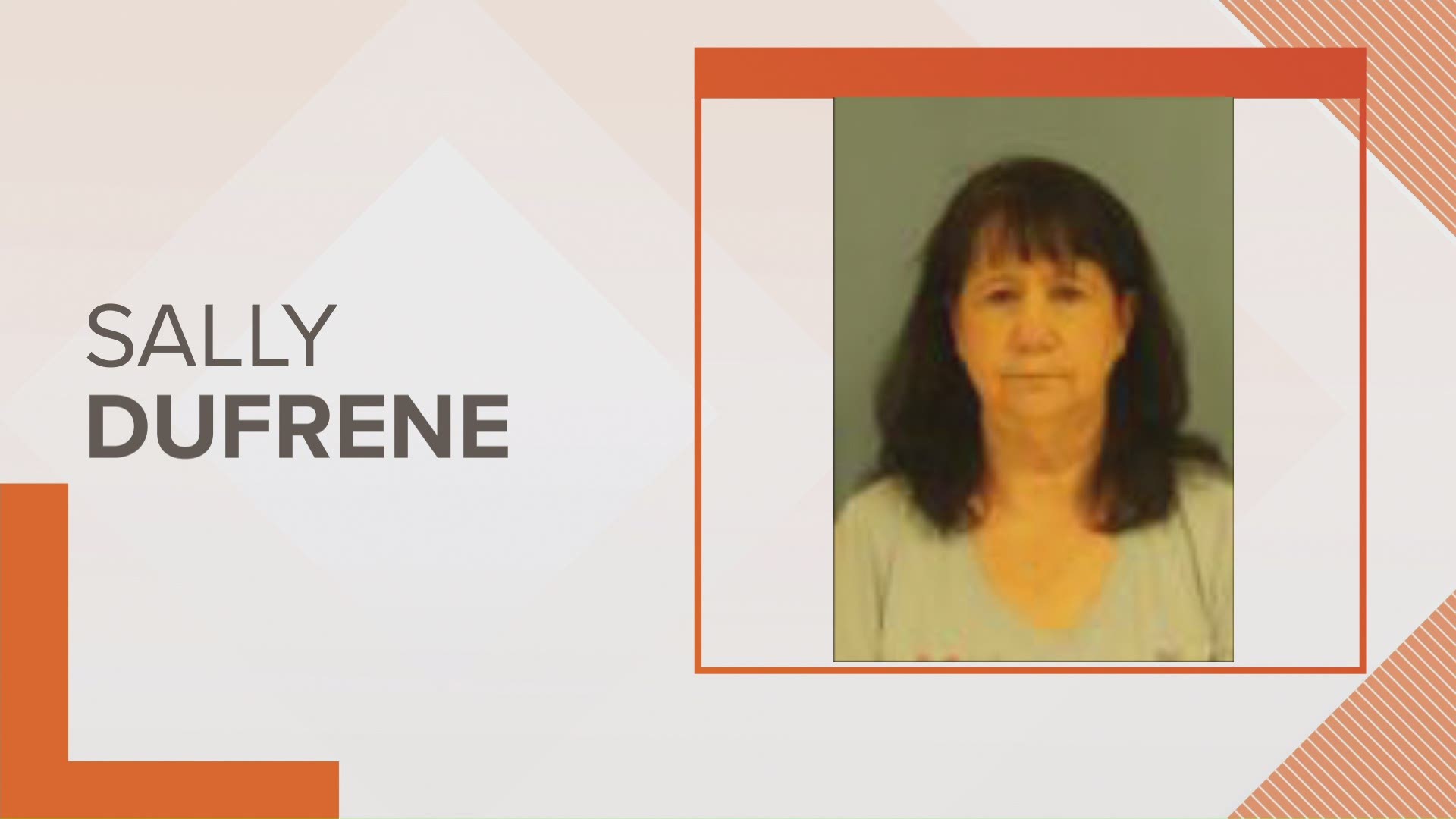 PARADIS, La. — The 73-year-old grandmother of the suspect in the hit-and-run crash on the Hale Boggs Bridge that claimed the life of a man who had been working on the span has been arrested in connection with the case against her grandson, according to State Police.

Marie Sally Dufrene was taken into custody and charged with obstruction of justice.

State Police allege that Dufrene picked up her grandson, Hunter Johnson, after the crash that took the life of 44-year-old Brady Ortego. A news release indicates that police believe that Dufrene's actions prevented Johnson from being arrested at that time.

Dufrene was arrested Monday morning at her residence and booked into the Nelson Coleman Correctional Center in St. Charles Parish.

Johnson, 22, is accused of slamming into Ortego and knocking him off of the bridge into the Mississippi River below, resulting in his death.

Police allege that Johnson had been drinking heavily the night of the crash, January 14, 2020.

An Eyewitness News investigation showed that Johnson had a rap sheet that included several arrests, including a civil lawsuit and police report that seem to indicate a 2016 incident, when Johnson was a juvenile, that left a man badly injured.

The arrest warrant affidavit issued by the State Police documents a night of drinking by Johnson and a friend at Hooters in Metairie. The affidavit states that Johnson bought 18 shots of liquor in three hours, drinking at least nine-and-a-half of them himself. Investigators say video shows Johnson staggering and vomiting before being helped out of the restaurant.

RELATED: Suspect in deadly Hale Boggs Bridge hit-and-run is out on bail and back on the road