'I've never wanted to own a gun before. I do now.'

A woman living near the last crime location said she is frustrated and ready to supply her own defense. 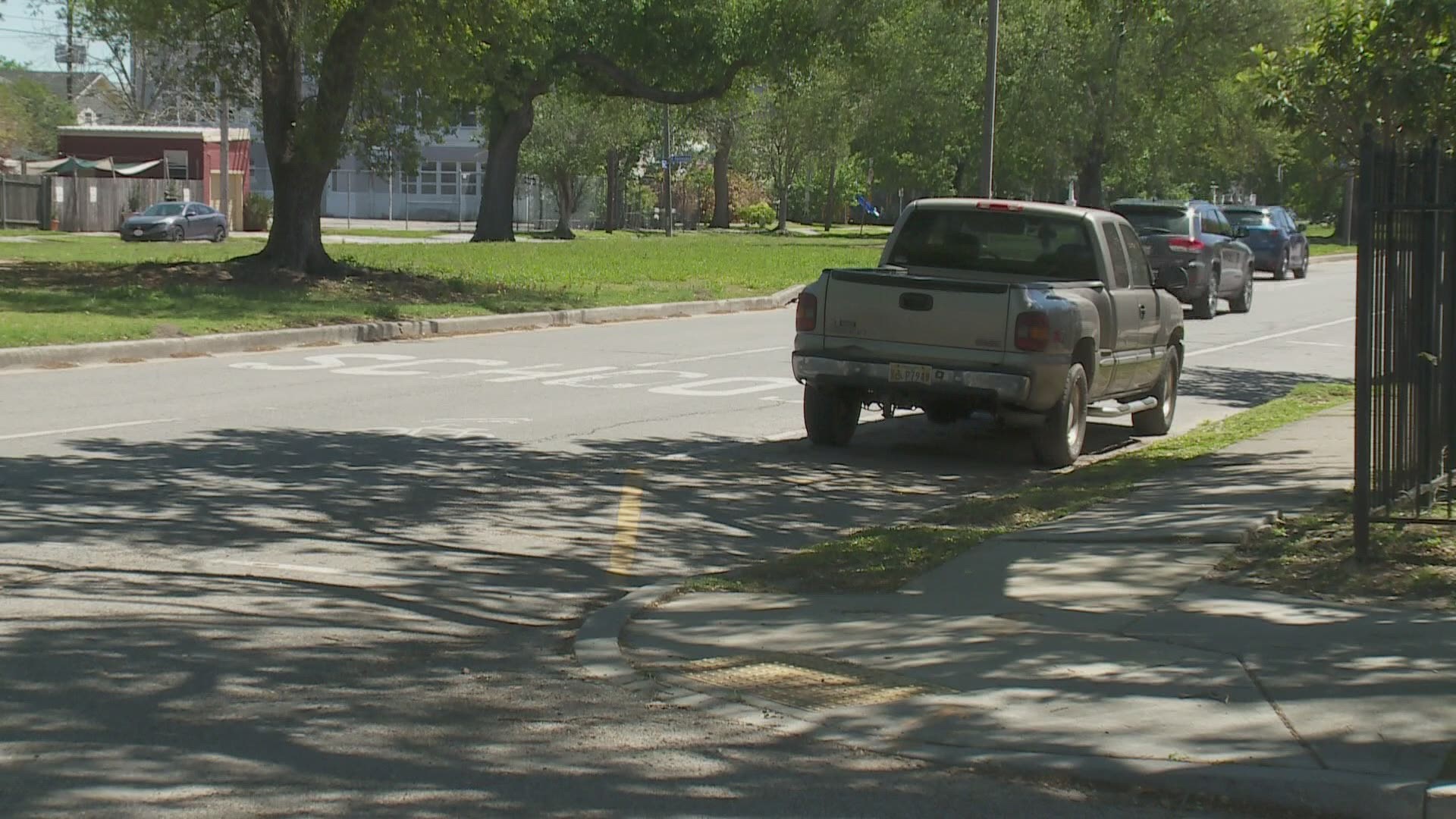 NEW ORLEANS — If you ever wondered what criminals do with stolen vehicles, the 24-hour tale of a stolen Jeep may provide some insight into at least one crime spree.

A Jeep vehicle that was taken at a gas station at South Carrollton and Washington Thursday night may have been involved in at least four crimes before it was found abandoned across town Friday night.

The next known location of the vehicle was Friday morning at about 9:10 a.m. when someone hopped out of it and stole an Audi from a gas station at Franklin Avenue and I-610.

The Jeep sped away and was next seen near North Alexander and Orleans about 20 minutes later, where a neighbor said she thought her vehicle was going to be stolen.

A Jeep Renegade was spotted about 1:30 p.m. in the 3600 block of Marigny where someone burglarized another vehicle and then just before 4 p.m., a doorbell camera captures a vehicle screeching to a halt near a lawn care pickup and trailer. The person who got out of the Jeep seems to threaten the person with the lawn care vehicle as that person holds their hands up and backs slowly away.

A woman living near the last location said she is frustrated and ready to supply her own defense.

"I've never wanted to own a gun before. I do now. The first time in my life. I feel like I need to own a weapon."

As for the Jeep's owner, she says police did act fast to get it back to her once they found it after several people reported seeing it around town Friday.

"No shame at all to the police officers. They are doing their job, and they do have a protocol to follow,” she said.

But the vehicle that was used in at least four crimes and attempted crimes was a mess once she got it back.

"There were gloves in the car. Lots of pairs of gloves which, you know, is kind of evidence of, like, a career criminal or someone who knows what they're doing.”

And she's also amazed at how bold the thieves were to drive so many places in it in broad daylight.

"I did hear it was on Louisiana Avenue. People saw it on Hagan Avenue. It was on Broad. It was just, like, all over the place."

The vehicle crimes came just days after police issued a warning last week when there were several hold ups and vehicle thefts at gas station pumps.

RELATED: Family avoids becoming a victim in the recent rash of car thefts in New Orleans