The device did not cause any injuries or prompt any evacuations of the nearby area. 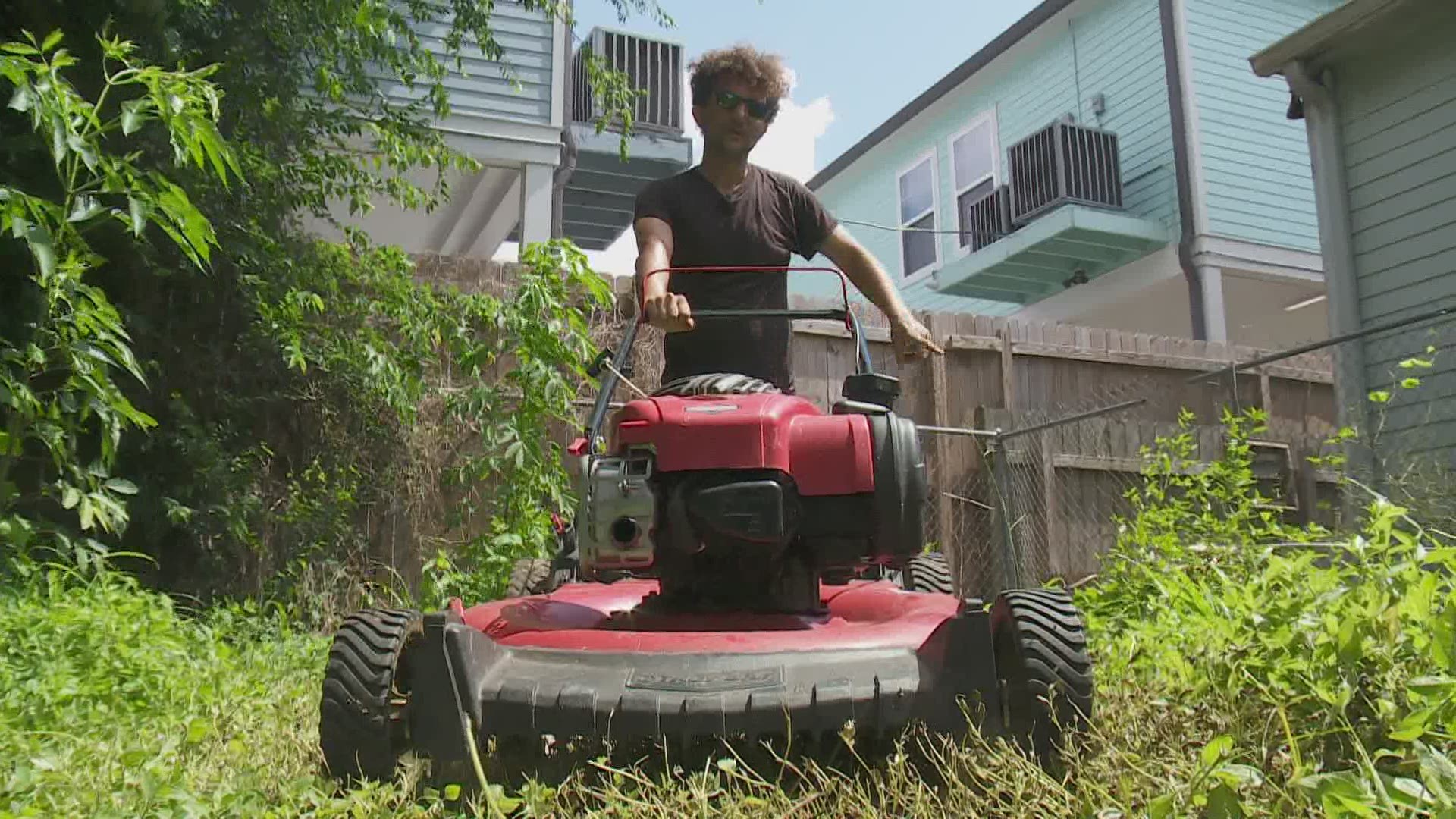 It happened Tuesday afternoon in the1600 block of North Robertson Street.

Jamal Elhayek had just started mowing the lot next door to his house when his lawnmower suddenly hit something in the tall grass.

“Basically, I was turning this corner and was walking this way and I thought we had some wiring caught up, took it out and them moved a few more feet and that’s when the explosion happened,” Elhayek said.

Luckily, he wasn’t hit by any shrapnel from the blast.

Elhayek says the improvised explosive device was about the size of two softballs.

“Basically, what happened was I ran over a little homemade bomb which had about eight shotgun shells and a little piece of cardboard and duct tape with a little wick and then an igniter,” he said.

His partner called 911 and soon the NOPD bomb squad and federal agents were closing off the street.

“They did a bomb sweep,” Elhayek said. “They found a second one over here, fire in the hole, boom, went off again.”

Elhayek isn’t sure how the explosives ended up in the lot.

Before the pandemic, the property was used as a children’s garden.

Elhayek says his family left Lebanon 45 years ago to get away from the constant bombing there.

When you look at things in that context, what happened here in New Orleans could have been a lot worse, he added.

“My brain always goes back to my uncles and they’re like it’s no big deal, what’s the big deal, they’re not dropping bombs on you.”

Despite the blast, the lawnmower still works.

“You wouldn’t be able to tell a bomb went off,” Elhayek said. “It means it’s a great mower.”

Police have not announced any arrests in this case.

They believe this was an isolated incident.