Surveillance video shows what happened after the chase suspect crashed at a southwest Houston gas station and jumped into an innocent bystander's car. 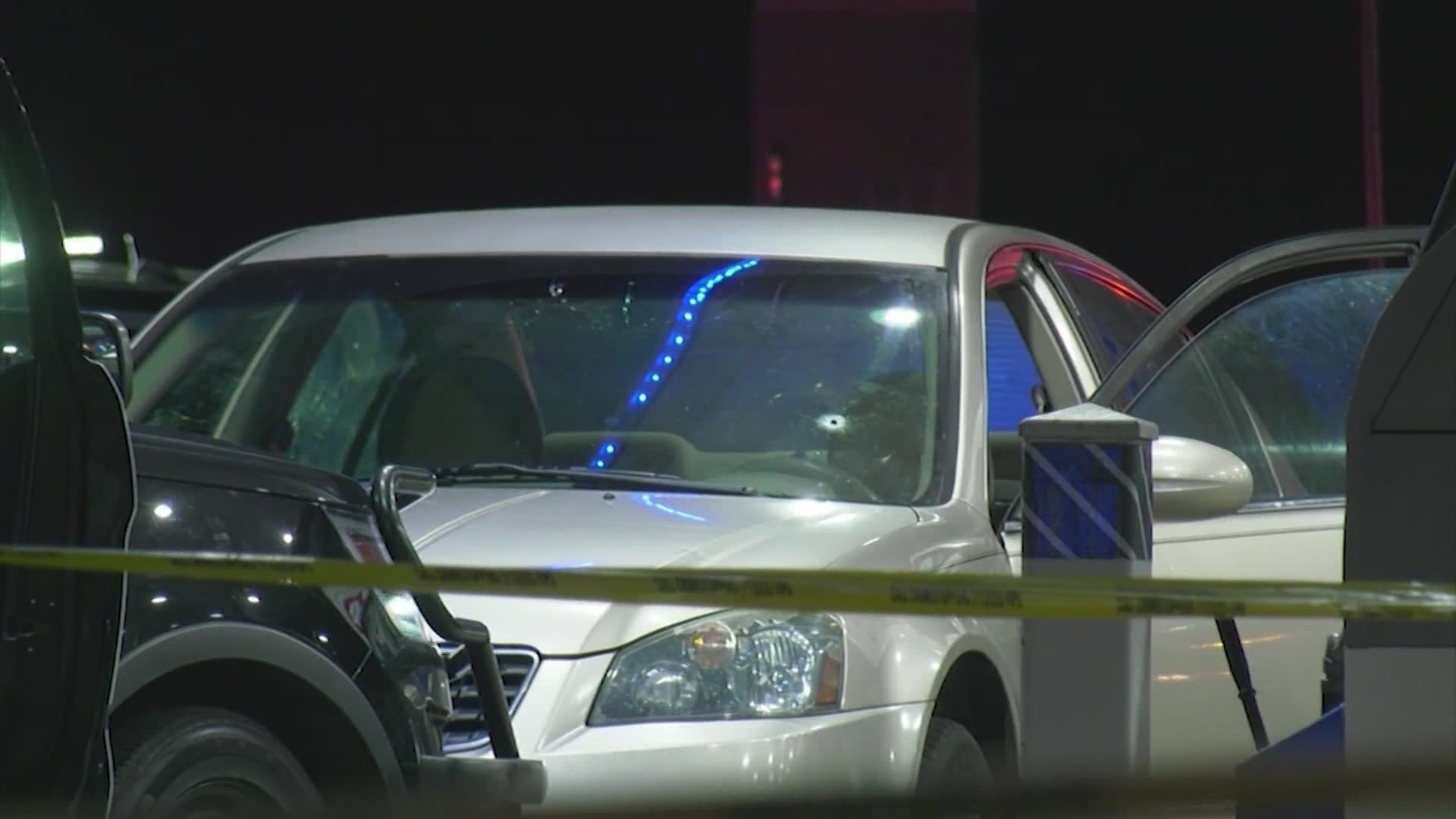 HOUSTON — A chase involving an armed robbery suspect led to a crash and an officer-involved shooting that wounded an innocent bystander’s baby, according to the Houston Police Department.

HPD Executive Assistant Chief Finner said the chase and shooting happened around 11:30 p.m. Wednesday on the city’s southwest side.

The incident was caught on the gas station's surveillance video.

Iqbal H. Abdullah, president and CEO Jack’s Grocery Inc., released an unedited version of the surveillance video of the incident and a statement to KHOU 11 News in an effort to be transparent with the community:

“In an effort for complete transparency with our community that we have served through this location for over 17 years, we are releasing the surveillance video from this terrible tragedy. We have been fully cooperative with the police. We stand with the community today as we extend our heartfelt sympathy for this child and his mother."

Officers spotted a Mercedes sedan that was involved in a couple aggravated robberies. They chased the suspect from Sugar Branch Drive to the Southwest Freeway, just north of Beltway 8.

The suspect crashed at a gas station and jumped out, running to a woman’s vehicle as she pumped gas. Finner said the robber got in the woman's car, and police approached and gave him commands to get out. Officers saw the man had a gun, but he refused to comply with their commands.

Police did not realize the woman’s baby was in the backseat of the vehicle, however.

They said the 1-year-old suffered what they believed was a graze wound from the officer's gunfire, but at last check the baby was said to be in critical condition.

The mother was not hurt.

Finner said the officer who opened fire was “deeply concerned about hurting this baby.”

“Pray for this 1-year-old and that mother. Can you imagine pumping gas and having to go through this?”

As per standard procedure, the officer will be put on administrative duty as the DA’s office and internal affairs investigate. They plan to review surveillance video from the gas station.

The suspect’s identity has not been released. Police said he was in his 30s.