Is there hope for New Orleans youth with the rising crime rate in the city?

Ja'mere Alfred's murder was among the 202 homicides in the city last year. So far in 2021, the bloodshed continues. 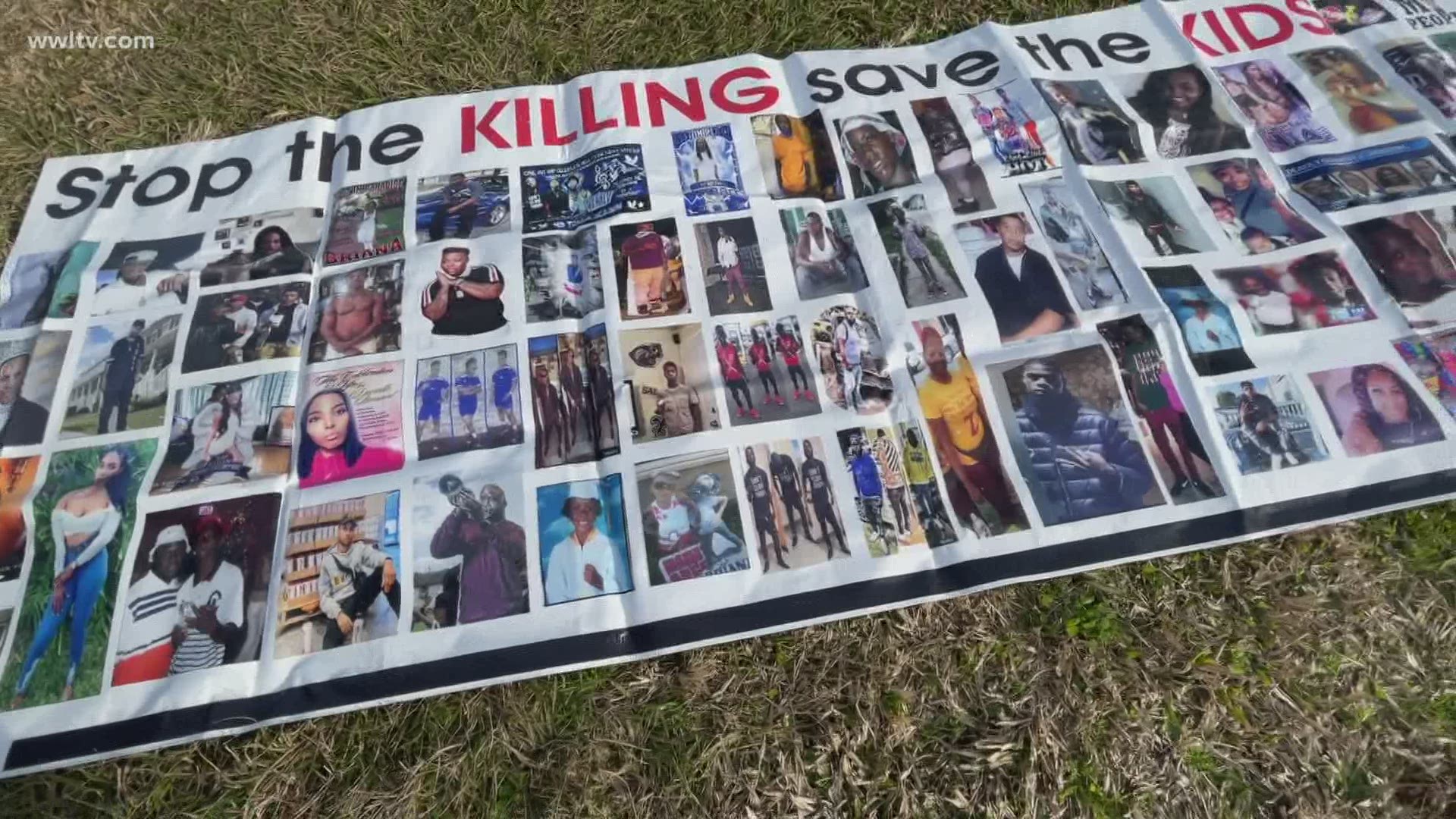 NEW ORLEANS — The family of Ja'mere Alfred laid him to rest this past weekend. The 14-year-old died a few weeks ago on Christmas day. He was shot at a Walgreen’s parking lot while running an errand.

Ja'mere was a member of the Roots of Music and also played football with the A.L. Davis Park Panthers. Nick Holmes was one of his coaches.

“We used to call him Burger, and he just kind of accepted that nickname. He was very headstrong, he knew what he wanted to do with himself, and he was dedicated to developing himself,” said Holmes.

“He was a wonderful kid, good kid. Right here where from where I coached on the field, he was well respected,” said Urick Hampton.

Hampton was another one of Jamere’s coaches. They invited us to the A.L. Davis Park because they wanted to address the violence in New Orleans.

Ja'mere’s murder was among the 202 homicides in the city last year. So far in 2021, the bloodshed continues. To help us understand the issue, Llanesha Casame unrolled a poster of murder victims.

The poster is only a few feet long, but the cases stretch back years. The losses are personal.

Brideisha Harness Parker grew up in Central City and is now running the New Orleans Youth Coalition. She says what kids in her neighborhood need are options.

“You’re in these streets right now. Where are the programs at? What’s going on for our kids right now? They just got out of virtual school for 5 to 8 hours. They can’t come to their parks and rec centers. They can’t ask their parents to take them to somewhere they can’t afford. Look around us. What is there for our kids to do? We’re standing right outside the projects,” said Parker.

“I’m 33. When I was coming up every neighborhood had a youth center, now after Katrina, you barely see any youth centers. So, when kids don’t have anything to do, they’re out here doing the wrong things,” said Urick Hampton.

Roosevelt Muhammad says he used to sell drugs in the 19-90’s and was living the street life.

“At one point I was the villain. I had no feelings. I had no concern. When I popped my gun, I didn’t care who was behind the scenes,” said Muhammad.

Then Muhammad said someone taught him how to handle conflict.

He established what he calls the Young Professionals Movement. Through weekend flea markets, Muhammad tries to teach entrepreneurship to kids in his community. In our conversation about crime, no one said more police or more money are the solutions.

“It’s not about money, if we get people to get involved. Listen, we don’t need your money, we need people to give time,” said Muhammad.

“These bad kids, they keep pulling on cars they keep doing this. What are we teaching them when they pull on those cars? Are we teaching them to not disrespect their elderly and adults? What are we, I mean us standing here, what are our roles in saving the youth and families in the city of New Orleans living below the poverty line?” said Brideisha Harness Parker.

“If you talk to Ja'mere. If he could talk now, he’d tell you, we did this for free. We came out every day and we showed him a lot. We showed him how to block, how to tackle, how to do these different things, it wasn’t about money,” said Urick Hampton.

In 2020 the city saw homicides jump by more than 60 percent from the previous year. For those horrific numbers to change, these community advocates say now is the time to make an investment of care.

So far, New Orleans Police have not released information on a motive or suspect in Ja'mere Alfred’s murder. Anyone with information on his killing should call Crimestoppers at 504-822-1111.