Brittany Gaskins said the deadly encounter has left her heartbroken. If she could replay the tragedy, she said she would have taken the fatal bullets instead. 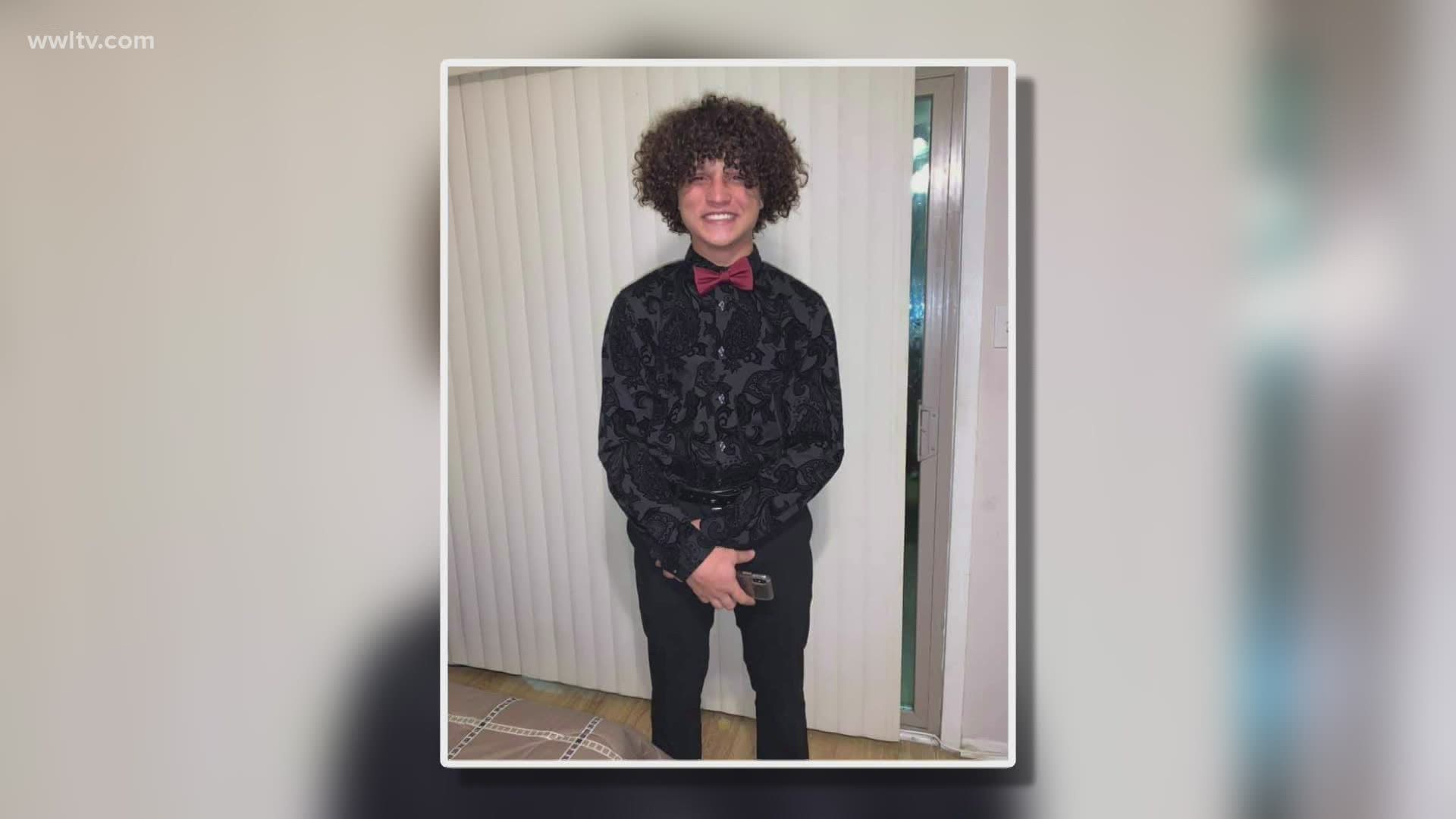 METAIRIE, La. — Josiah Pujols was a strong student at Haynes Academy for Advanced Studies in Old Metairie, where he also excelled on the Yellow Jackets’ football team. Family and friends often called the 16-year-old junior by his nickname “JoJo.”

Gaskins said she thought she was taking Josiah and his 17-year-old buddy to pick up some clothes last Thursday at about 5 p.m., when the mundane errand turned into a marijuana deal that went tragically wrong. She said the alleged drug deal in a parking lot in the 3900 block of Division Street took her completely by surprise.

“It was a horrible experience that I had to go through,” she said. “I'm traumatized.”

Gaskins and the Jefferson Parish Sheriff's Office said that during the tense transaction, the 17-year-old companion got out of the car and opened fire on a man pacing near the car, 22-year-old Melvin Francis, killing him on the spot.

That gunfire was followed by a spray of bullets into the car, several hitting Josiah, including a fatal round to the head.

After that deadly and chaotic outburst of violence, Gaskins managed to drive to her home a couple of miles way to her apartment on Belvedere Street before she realized she, too, was shot. She was hit in the upper right side, suffering a deep graze wound.

Gaskins called 911 and detectives arrived to find her car riddled with bullet holes.

After detectives sorted out the confusing sequence of events through witnesses and surveillance video, Josiah's 17-year-old friend was booked with two counts of first-degree murder. Robert White, 21, was booked with possession of marijuana with attempt to distribute and illegal possession of a gun.

And while detectives determined that White was the person who fired into the car, killing Josiah and wounding Gaskins, those shootings were determined to be in self-defense.

The 17-year-old was booked with both murders because, under Louisiana law, a shooter can be held criminally responsible for the killing of a companion if the shooter fires first and sparks the exchange of bullets.

The Jefferson Parish Sheriff’s Office placed three guns at the scene: one from White, one from Josiah, and one from the 17-year-old. Only the guns brandished by White and Josiah were recovered, JPSO spokesman Capt. Jason Rivarde said.

“We do not have the 17-year-old’s gun,” Rivarde said. “We believe he discarded it after fleeing the scene.”

Gaskins said her nephew had a prior case in juvenile court for which he was serving probation, but she thought he was turning his life around.

“He made a couple of bad choices, but he was still a good kid,” she said.

Gaskins said the deadly encounter has left her heartbroken. If she could replay the tragedy, she said she would have taken the fatal bullets instead of her nephew.

“It's a terrible waste of life,” she said, fighting back tears. “Our family is ruined. Nothing is ever going to be the same.”