The jury deliberated for about five hours before delivering the verdict. 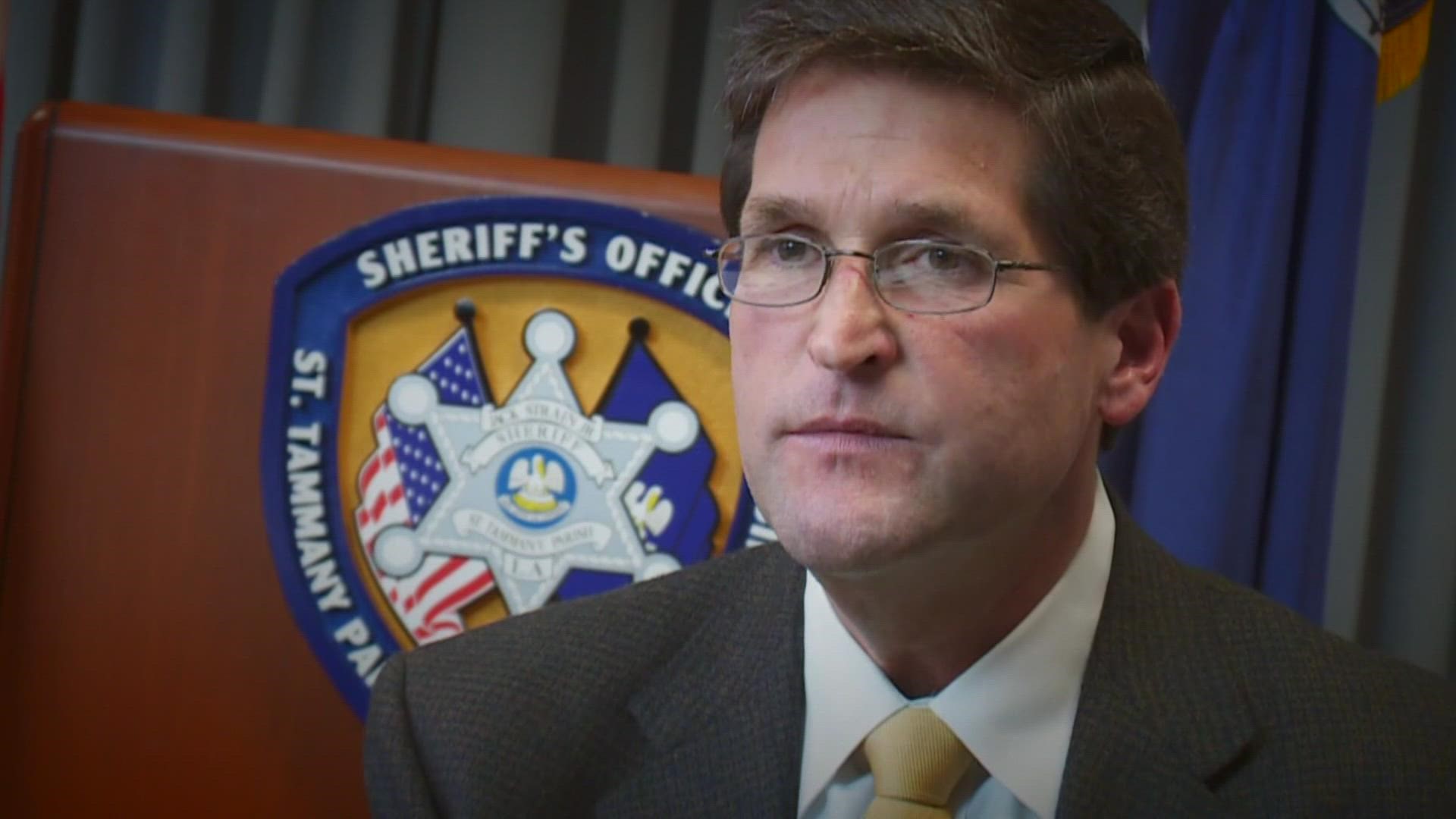 Over the two-week trial, state prosecutors portrayed Strain as a master manipulator and sexual predator, preying on young boys left in his care since he was a teenager.

Strain and him family remained stoic as he learned his fate: Guilty of four counts of aggravated rape, two counts of aggravated incest, and one count each of sexual battery and indecent behavior with a juvenile. A mandatory life sentence awaits him at his Jan. 18 sentencing.

Strain will be held at the St. Tammany Parish Jail that he oversaw for so many years as he awaits that sentencing. The sheriff for two decades who betrayed the trust placed in him  by the citizens.

"I don't have a message for Jack Strain," said St. Tammany DA Warren Montgomery. "He faced his accusers. I think they had a message for him."

Across the aisle, Strain’s victims and their family members came together in tearful embraces when they heard the man who’d done so much damage would pay for his crimes.

“As painful as this process has been for the victims, for some of the victims, it has been therapeutic,” Montgomery said. “So, in some sense, justice has been achieved on their behalf."

Prosecutors focused on the emotional testimony given by Strain’s five accusers. They argued that each story reinforced the others, illustrating Strain’s pattern of abuse and how he kept control over his victims, forcing them to keep his secrets.

“You need to see the complete picture of who (Strain) is,” assistant district attorney Elizabeth Authement said. “Jack Strain was the ultimate manipulator … an expert predator who thought he could get away with it forever.”

The court room was filled with Strain’s accusers and their families. Soft crying could be heard from the otherwise quite crowd as prosecutors recapped the graphic testimony from the alleged victims, recalling the several accusations of rape, molestation and the vivid details that came with them.

“I’m never going to forget the phrase ‘let’s have a taste,’” assistant district attorney Collin Sims said, shuddering as he spoke to the jury.

In a lengthy rebuttal, Strain’s defense challenged the victims’ credibility and argued that they were part of a federal conspiracy to take down the once powerful St. Tammany Parish Sheriff.

“This has been a government manufactured case against Jack Strain using coercion and manipulation,” attorney Billy Gibbens said.

Two of Strains’ victims are convicted felons. Gibbens called them “walking, talking reasonable doubt,” and said that the jury couldn’t trust anything they said. The other two were blackmailed and forced into their testimony, according to Gibbens, noting that both of them said they were terrified of the FBI.

Assistant district attorney Collin Sims addressed the jury one final time before they were sequestered, calling the idea that these five accusers and their family members had orchestrated a conspiracy against Strain laughable and echoing Gibbens’ call for common sense.

“He had an insatiable taste for something that is the most forbidden: Children. Boys. His own relatives,” Sims said, his fervor growing with each word. “There is no doubt – zero – that he is guilty of every single act up there.”

Montgomery said that more victims have come forward, but the DA’s office felt like their case was solid without them, noting that it can be incredibly painful to testify in cases like these.

Ed. Note: WWL-TV is not naming sexual abuse victims testifying in this case due to the nature of the alleged crimes.

The trial against Strain was marked by graphic testimony from five men, including three of Strain's relatives who claim he raped them when they were children.

The five men universally testified to immense shame over being molested, which they said prevented them from coming forward for years.

“As painful as this process has been for the victims, for some of the victims, it has been therapeutic… so, in some sense, justice has been achieved on their behalf," said Montgomery.

The final victim to testify was the only one whom Strain is not charged with raping.

When he was a child, Strain's fifth alleged victim grew up with his grandmother. He said Strain, who is four years older than him, would stay with them a couple of times a year. During those visits, the boys would camp out in a tent. That’s where he says Jack Strain raped him.

Strain’s relative testified that Jack would take off the relative's clothes and tell him to “relax” before penetrating him.

The man's story is similar to the others who spoke out about Strain's alleged abuse. All were young boys when Strain allegedly began molesting them, and an expert witness in pediatric forensics testified that their behavior in the decades since the abuse was common among victims of sexual abuse.

Dr. Scott Benton testified Thursday for the prosecution, who was trying to poke a hole in the defense's central argument: why the men continued to have close relationships with Strain for years after he allegedly raped them.

Benton said he observed all the alleged victims’ testimony from inside the courtroom and said that their stories are classic examples of grooming.

It starts with the abuser establishing a bond with the victim, usually through gift giving or sharing fun experiences with them that they couldn’t get elsewhere. Once a relationship is formed, Benton said the abuser will push the boundaries of what’s okay, seeing if the victim will keep their secrets and testing the waters of physical abuse to see how they react.

Then the sexual abuse would begin.

Strain allegedly took all of his victims on hunting and fishing trips and also maintained a financial hold on them throughout their lives. All four victims included in the charges against Strain still kept in frequent contact with him as adults.

Dr. Benton said it’s common to see victims of sexual abuse who were groomed by their abuser never disclose the abuse. He said in most cases, grooming continues “until death” or the threat of the victim speaking out is gone. It’s how abusers keep their victims silent.