JPSO: Man dead after encounter with deputies at Metairie complex

The sheriff's office said deputies responded to a call of a disturbance at an apartment complex and that the man who died pointed a weapon at them at least twice. 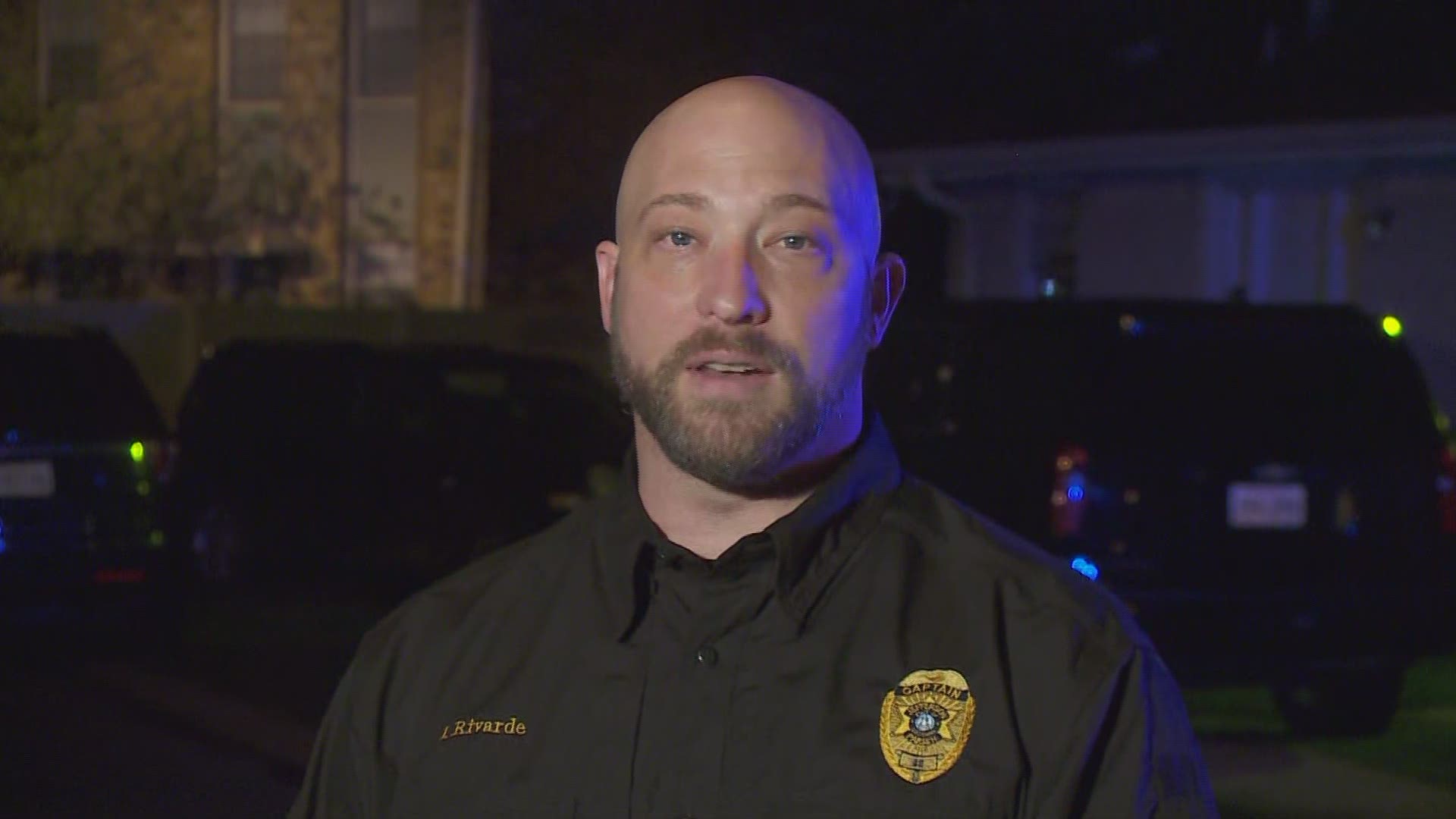 METAIRIE, La. — The Jefferson Parish Sheriff's Office says a man is dead after he pointed a weapon at deputies on at least two occasions and they fired back after responding to a disturbance call at a complex in the 6500 block of Park Manor Drive around 7 pm Saturday.

According to Captain Jason Rivarde, at least one deputy arriving at the scene came into contact with the man who went into an apartment. At one point he opened the door, came outside and pointed a weapon at a deputy and a shot was fired and the man went back inside.

Rivarde said after the first shot was fired, the Crisis Management Unit was called to secure the scene. He said that the man opened the door a second time and again pointed his weapon at a deputy, at which time a member of the Crisis Unit fired back and the man again went inside.

A short time later, Rivarde said deputies were able to get inside the apartment and that the man they said was a suspect was found dead from at least one gunshot wound.

"We're unsure if the suspect was injured by gunfire from us or if it was self-inflicted," said Rivarde.

He added that the investigation is beginning and it was not yet known the nature of the disturbance that caused deputies to respond to the scene initially.

The man who died was not immediately identified, but Rivarde said he was a resident of the complex.