Magistrate Court Commissioner Robert Blackburn rejected the warrant, finding that the evidence did not back up the charge of extortion. 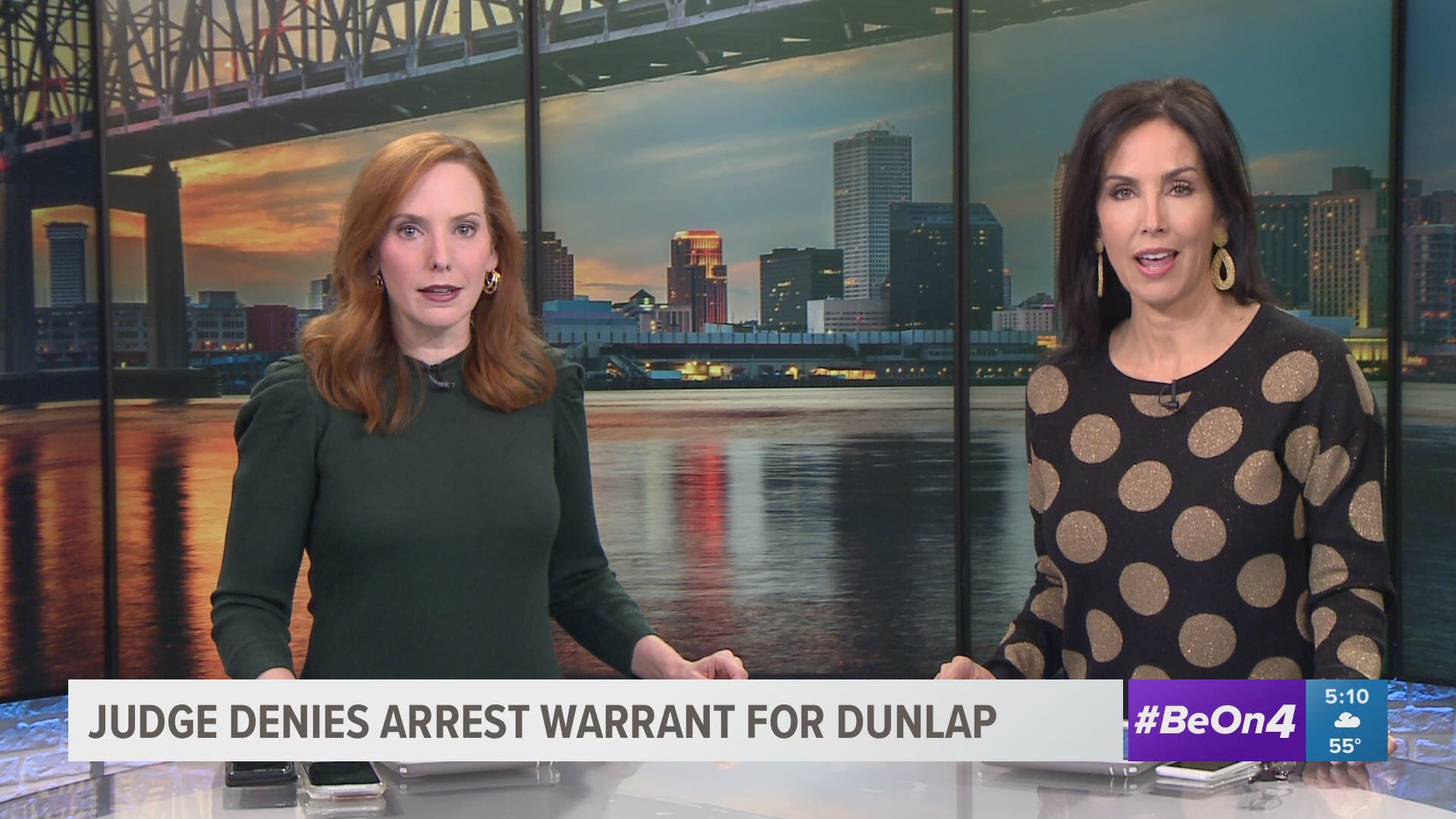 NEW ORLEANS — A New Orleans judge rejected a warrant this week for the arrest of former WWL Radio sports-talk show host Seth Dunlap on a count of extortion, sources have told Eyewitness News.

The Times-Picayune | New Orleans Advocate reports that a New Orleans police detective presented evidence for the allegation that Dunlap commandeered the radio station's Twitter account to lob a homophobic slur at himself before demanding nearly $2 million to settle complaints of workplace harassment.

But Magistrate Court Commissioner Robert Blackburn rejected the warrant, finding that the evidence did not back up the charge of extortion.

Blackburn determined that the threat Dunlap is accused of making - allegedly pledging to go "scorched earth" on the station if it did not give in to his settlement demands - did not justify a felony charge.

The New Orleans Police Department could still pursue another arrest warrant alleging that Dunlap committed a different offense, or re-apply for an extortion charge by presenting more evidence.

"Since the beginning Mr. Dunlap has declared his innocence, and has said he did not send that tweet," Dunlap's attorney, Megan Kiefer said. She added that Dunlap "voluntarily took and passed a polygraph” to that effect.

Saturday, Kiefer confirmed that WWL Radio fired Dunlap last week. Kiefer said the station and its corporate parent, Entercom, had “tried to pressure him to resign” in recent weeks, but he refused because he maintains his innocence in the dispute.

The investigation into the station’s allegations of extortion by Dunlap remains open, roughly one month after detectives obtained a warrant for information from the phone they suspect was used to send the tweet.

Ed. Note: WWL-Radio is a partner of WWL-TV for the purposes of sharing content. The radio station is not affiliated with WWL-TV.