Kentwood rapper shot to death as he opened door; suspects from rival group arrested after chase

He was hiding out in Bogalusa with a girlfriend's relative after receiving death threats when police say rival rap group members killed him. 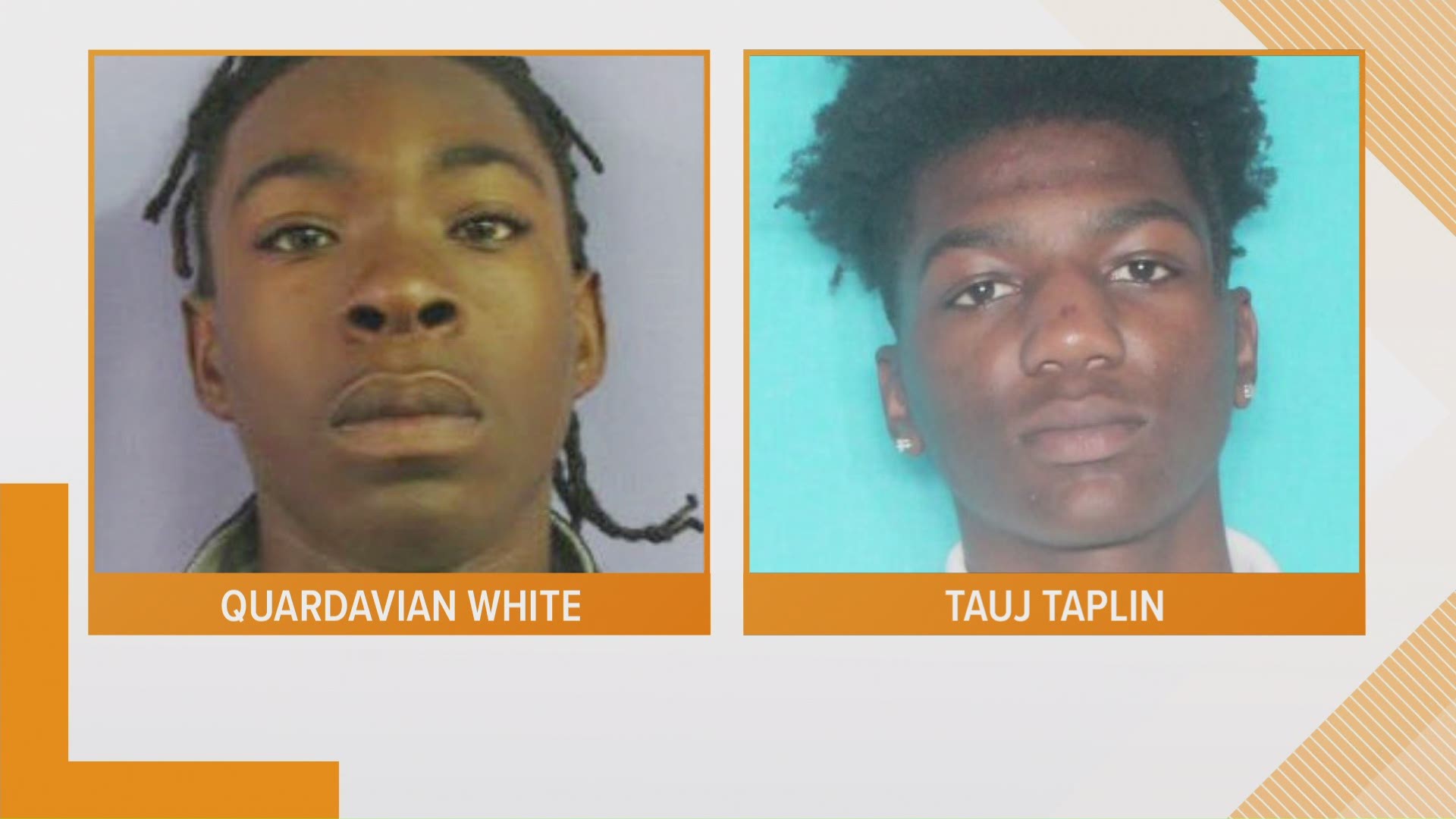 BOGALUSA, La. — Two men were arrested in connection with the murder of a 19-year-old rapper who was hiding out in Bogalusa after receiving death threats from a rival rap group. One of the suspects later led police on a high-speed chase through Texas before being arrested near Lake Charles.

Bogalusa police say Michael Brock, a member of the "Three-13" rap group and a Kentwood native, was hiding out in Bogalusa with a girlfriend's relative after receiving death threats while in the Tangipahoa Parish area.

The threats are believed to be from a rival group in the Tangipahoa Parish area.

Neighbors and witnesses inside the house told police that there was a knock on the door in the early hours of June 7. When Brock answered it, the person on the other side of the door opened fire with an AR-15 Assault Rifle.

The shooter, identified by police as 19-year-old Tauj Chardez Taplin, fatally wounded Brock, but others in the apartment — including a 7-year-old child — escaped injury.

The shooter then jumped into a getaway car allegedly driven by 19-year-old Quardavion Tyvon White.

Both White and Taplin are associated with a rap group faction known as “The Fours," according to police. White is also suspected of having ties to the Chicago Gang, the “Gangster Disciples."

Warrants were issued for their arrest, and a manhunt began across parts of Louisiana and Texas.

On June 10, Chambers County Sheriff's deputies east of Houston pulled over a car believed to be the one involved in the shooting. During that traffic stop, police say a struggle broke out, and Taplin was able to flee in the car.

White was taken into custody.

Meanwhile, Taplin led deputies and officers on a high-speed chase towards Beaumont, but the pursuit was called off because Taplin was reportedly endangering the lives of others in his attempts to escape.

He was later located near Lake Charles and arrested by Louisiana State Police.

Both will face charges related to the struggle with the officer and pursuit in Texas, as well as charges stemming from the Bogalusa shooting.