Louisiana case headed to Supreme Court could get new trials for more than 1,000 inmates 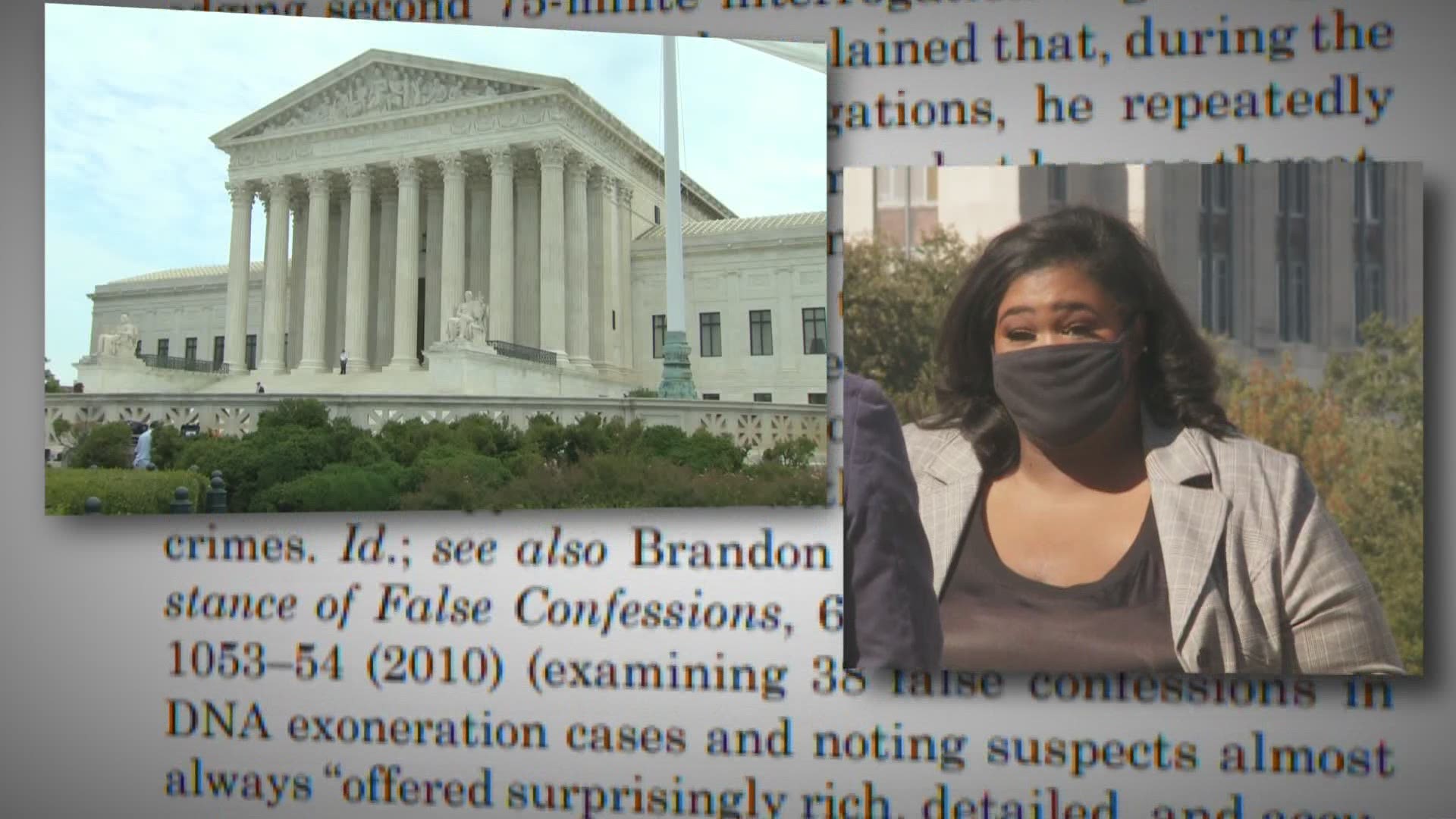 NEW ORLEANS — A Louisiana criminal case is being heard by the highest court in the land and the outcome could result in new trials for hundreds of inmates convicted by non-unanimous juries in the past.

As the United States Supreme Court hears the Baton Rouge case, the lone dissenting juror on all the charges is teaming up with a law professor to present the nine justices facts of the case that, they said, just don’t add up.

Taylor said her voice was ignored shortly after deliberations began in the case of Thedrick Edwards. Edwards, a 19-year-old high school senior, was one of six people arrested in a series of rapes, kidnappings, and armed robberies near LSU in 2006. The other 11 jurors were all white, according to court records, and Taylor said they weren't interested in what she had to say.

“I think from (the other jurors) perspective originally it was thought that I agreed with them, that I was going to vote guilty," Taylor said. “ But once I voiced my opinion, that I didn’t feel like all the evidence lined up, there was not enough evidence to convict him, I felt almost shunned. Like, they stopped paying attention to the things I was saying, the things I was bringing up, which is what they did with the evidence in the actual trial.”

None of the DNA or fingerprints collected matched Edwards, and to Taylor, prosecutors did not have a single persuasive witness. The victims who were sexually assaulted were unable to identify their attacker. Five other teens were arrested in the 2006 crime spree, some of whom had been found with guns and other items that had been stolen during the robberies, unlike Edwards. The other 11 jurors were satisfied with the evidence and voted to convict. Taylor was the only dissenting voice on all the charges.

“For someone who didn’t do this to be sitting in jail for 15, almost 20 years, it’s kind of like throwing a whole life away,” Taylor said.

If the trial were held today, the 11-1 jury decision would not have been enough to convict Edwards.

Louisiana voters threw out non-unanimous juries in 2018 for all cases moving forward. Later, in Ramos vs. Louisiana, the U.S. Supreme Court ruled non-unanimous juries unconstitutional, but again this is only for cases moving forward. And that’s where the Edwards case comes in. If the justices rule in favor of Edwards and make the prior Ramos decision retroactive, Louisiana would have to offer Edwards and hundreds of others still in prison new trials.

“The Supreme Court is hearing this one case involving Mr. Edwards, but the outcome of the case will affect somewhere north of a thousand prisoners in Louisiana,” said University of Virginia associate professor of law Thomas Frampton in an interview with WWL-TV’s Paul Dudley. “We know that overwhelming when there were 10-2, or 11-1 conviction, non-white jurors were wildly overrepresented of who is voting for acquittals, whose votes were essential being thrown in the trash can.”

'Reason to be suspicious'

Frampton submitted a 34-page brief to the U.S. Supreme Court written from Taylor’s point of view. Amicus curiae or “friend of the court,” briefs contain additional information for the court to consider before ruling. The brief details how Taylor was not only troubled by the lack of physical evidence, but also had many doubts about the confession prosecutors presented to the jury.

According to Frampton’s brief, Edwards had been threatened, physically intimidated and interrogated before a confession was taped.

“There was quite a bit of reason to be suspicious of that confession,” Frampton said. “Police officers interrogated him several times and only during the final interrogation did they bother to turn on the video camera. Mr. Edwards testified at the trial that in the first video interrogation he was threatened, he was physically assaulted, and the officers gave him details of the offenses so that when he confessed the third time on video camera it would seem more persuasive.”

During the ongoing discussion about non-unanimous decisions over the years there have been those who have said a simple majority should be enough to convict.

“Very deeply embedded in our American approach to criminal justice is the idea that we don’t strip someone of their liberty. We don’t put them in a cage for a minute, for a year and certainly not for the rest of their lives unless we are persuaded beyond a reasonable doubt that they are in fact guilty of the offense,” Frampton said. “When we have non-unanimous convictions, we are weakening that critical core feature of American criminal justice."

Taylor says during deliberations, she tried to convince the other jurors of what she considered reasonable doubts but was unsuccessful.

'I hope that he is vindicated'

Looking back, she says she knows this was not a victimless crime. A victim herself of sexual assault, something she informed the prosecution about on the record during jury selection, she says getting the right person and not just a person was deeply important to her.

“That kind of experience demoralizes someone. It makes you question why, makes you wonder why, makes you feel empty, but I wouldn’t want to put that burden on someone who didn’t do that,” Taylor said.

Taylor wanted to be a lawyer before this 2009 trial. Her experience with the justice system, or injustice system as she calls it, changed that. But now, as the U.S. Supreme Court hears the case, for the first time in a long time she has hope.

We reached out to Baton Rouge Police Dept. as well as the attorney representing Edwards but neither responded to our request for comment.