Investigators say he was driving an orange Corvette at 94 mph before crashing into an SUV, killing a child and injuring others in 2017.

Credit: Hilary Scheinuk / The Advocate
Christopher Manuel. Emergency crews work the scene of a serious crash on Airline Highway at Florline Boulevard Thursday night, October 12, 2017, in Baton Rouge, La. The crash sent nine people to the hospital, some in critical condition, and at least one vehicle overturned in the crash. Advocate staff photo by HILARY SCHEINUK
Author: Associated Press
Published: 5:09 AM CST November 15, 2019

BATON ROUGE, La. — A Louisiana police officer who crashed a speeding sports car while off duty will face no criminal charges in the death of a child.

Prosecutors cleared Christopher Manuel of negligent homicide, even though investigators say he was driving an orange Corvette at 94 mph before crashing into an SUV, killing a child and injuring others in 2017.

The East Baton Rouge District Attorney said Tuesday that his office didn’t bring charges because the child’s mother also contributed to the death, by putting the infant in a child seat that wasn’t properly belted in.

The Advocate reports that investigators determined Manuel was going twice the speed limit, and that while both Manuel and SUV driver had green lights, Manuel’s speed made it impossible for the SUV to yield.

Prosecutors also considered a negligent homicide charge against Brittany Stephens, whose child was killed, because they said she had placed the child in an unrestrained car seat atop the SUV’s center console.

District Attorney Hillar Moore III said his office decided not to charge either driver because prosecutors “couldn't really determine” who was responsible “based on the facts of the case and what the law requires.”

Police initially filed citations against occupants of the SUV, saying it was overcrowded, nobody was wearing seatbelts and the driver didn’t have a license. Those citations were allowed to expire. A misdemeanor speeding count against Manuel also expired without action. Moore said prosecuting Manuel for speeding would have meant forfeiting the negligent homicide charge because of double jeopardy laws at the time. However, prosecutors could have cited Manuel for speeding after dropping the more serious charge, and declined to do so.

Stephens’ attorney said the least Moore's office could have done is issue a speeding ticket. He said failing to file the charge “almost” makes it appear as if Manuel is “above the law."

Manuel and Stephens have both filed civil suits accusing the other of causing the crash, the newspaper reported.

Stephens’ lawsuit says her mother suffered serious injuries, and three other children in the car, ages 7, 9 and 15, were hospitalized for months. It says the 15-year-old remains in a wheelchair.

Manuel’s attorney said Wednesday that the prosecutors' decision was appropriate. He said the case is more suited to civil court. 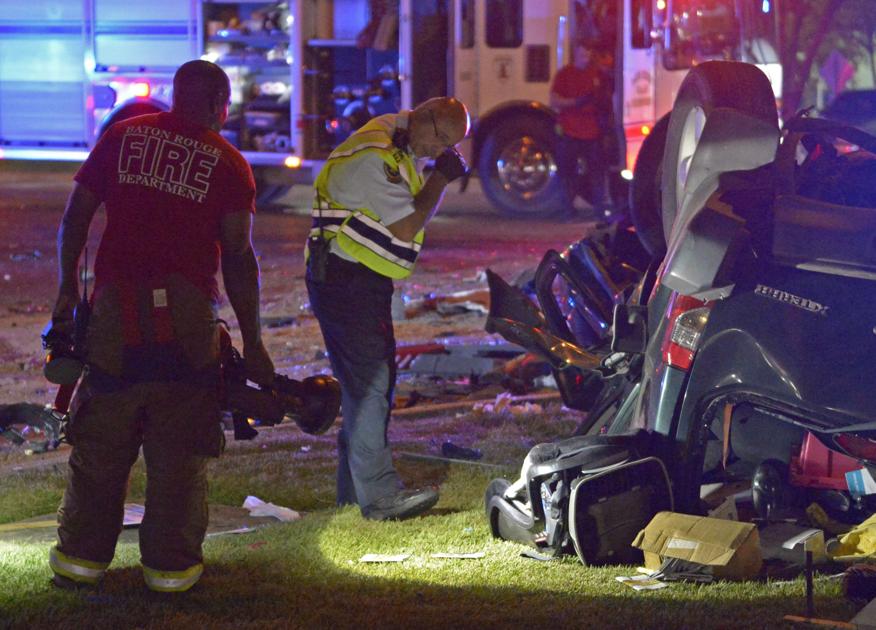 Baton Rouge police officer faces no charges after 2017 speeding crash that caused baby's death
A Baton Rouge police officer is receiving no citations or criminal charges, not even a speeding ticket, after investigators found he was driving 94 mph on Airline Highway - almost twice the speed limit - when he caused a 2017 wreck that killed an infant and severely injured several other people.